Last March, dapperQ produced our first ever Cali He Said/We Said (HS/WS) shoot in San Fran for Autostraddle. For our 18th edition of HS/WS, we returned to Cali, this time focusing on SoCal style. While the fashion industry has already moved on to fall collections, dapperQ thought August was the perfect time to publish a late summer shoot, because (1) it is still hella hot in some areas and (2) many of our readers who live in cities where it is warm all year (Miami, LA, etc.) feel neglected once we start publishing posts that are blazer and boot heavy.

Photographer Jordan Barclay and Anita Dolce Vita selected the Ami Spring 2015 menswear line as inspiration. Here’s what Barclay had to say about the inspiration and overall experience:

It meant so much to me to be a part of this project. Even if some of us are inside safe bubbles of acceptance when it comes to bending the rules of “gender norms,” there are still so few resources out there for us. Working with these models was amazing because I could tell that each of them felt that this project was serving a bigger purpose rather than just as a fashion statement. Even though they all came from different backgrounds they all seemed to connect on a really unique level, and in my opinion did a fantastic job of representing Los Angeles and dapperQ. 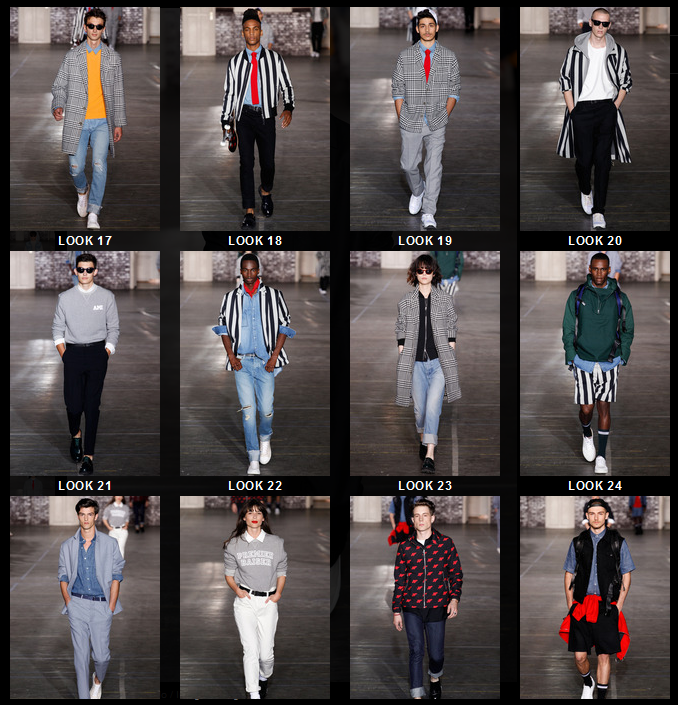 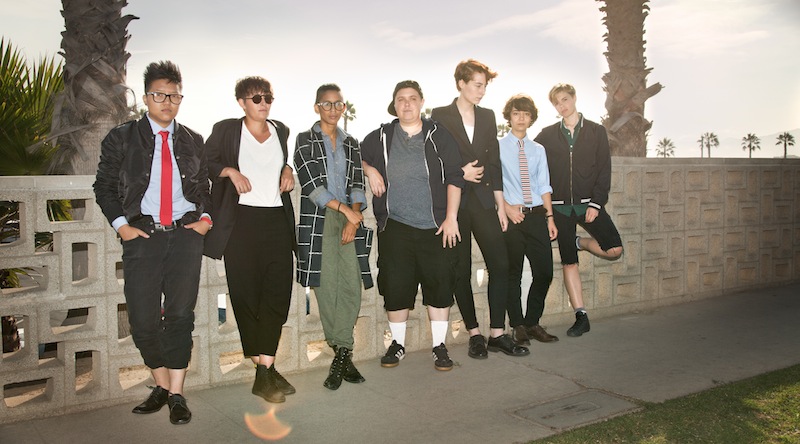 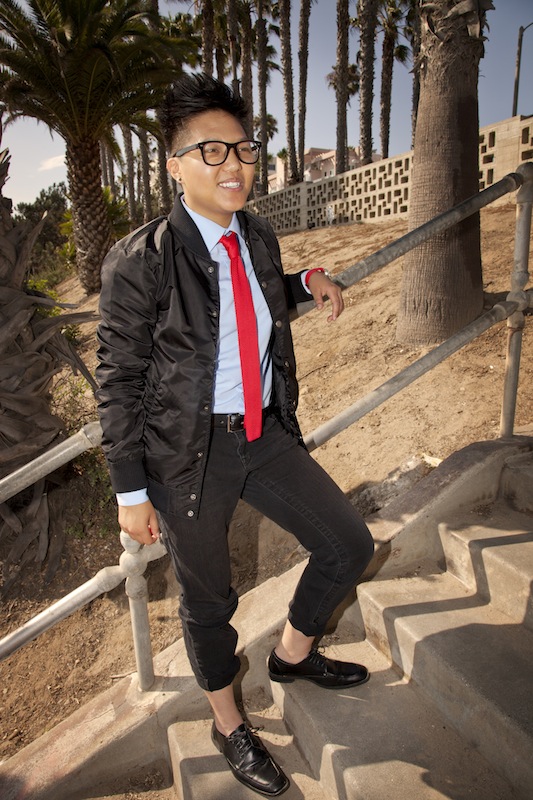 “Dressed to Kill” by New Found Glory — this is more or less just an excuse to talk about the greatest band that ever lived.

I’m a fan of the LA Fashion District — there are a million and five (precise estimate) unique shops around there selling everything from three-piece suits to watches and shoes. If you’re willing to walk around for a while, you’re sure to find something good/affordable.

As someone who has spent countless hours on the internet seeking tips on how to make menswear actually fit on my body (these hips), it’s an honor to be a part of a project like He Said/We Said. Also, being a person who is usually behind the camera and never in front, it was an exciting feeling allowing myself to be vulnerable in a way that I’m not used to. 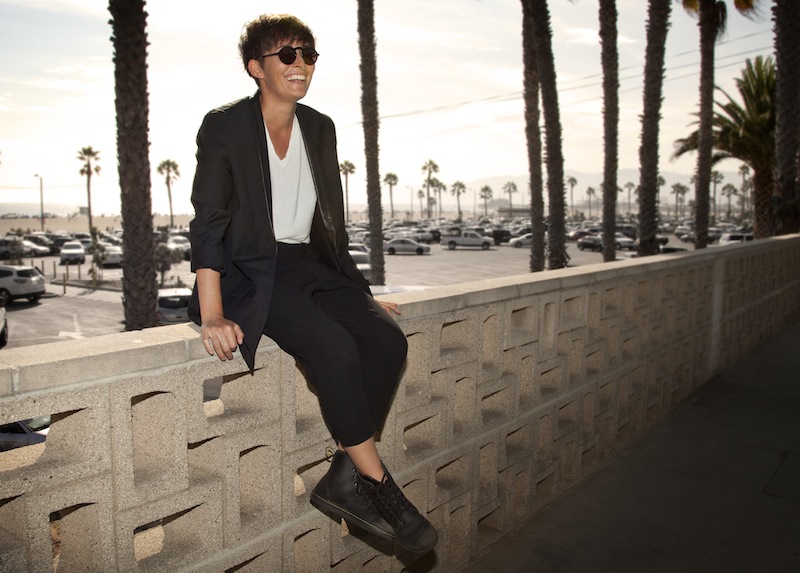 The whole shoot was nice, but I think my favorite part was when we had to talk to each other in front of the seaside while doing the group pictures. 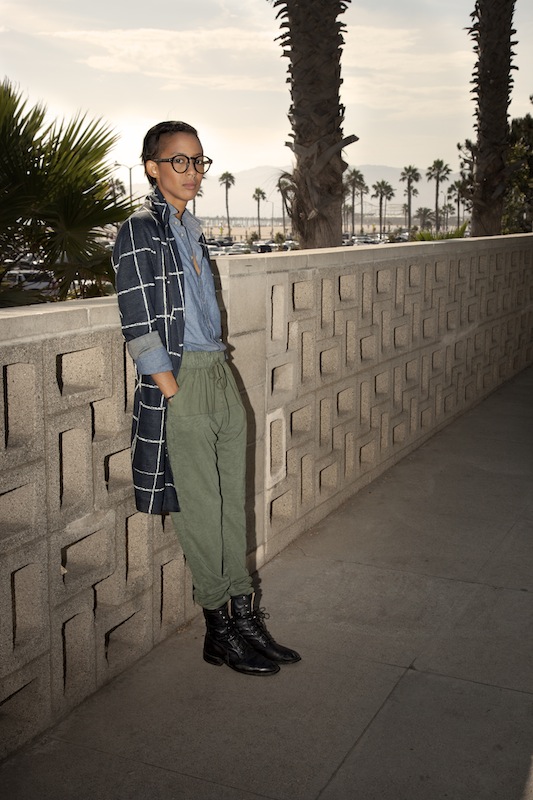 My motorcycle jacket…literally I can’t live without it…in event of a crash.

There are, still, so few outlets for those of us tackling gender norms in fashion in this particular way. I always like taking the opportunity to embody a solitary old man — in fashion or by yelling at young people.

Definitely the conversation about Girl Meets World NOT living up to its predecessor. 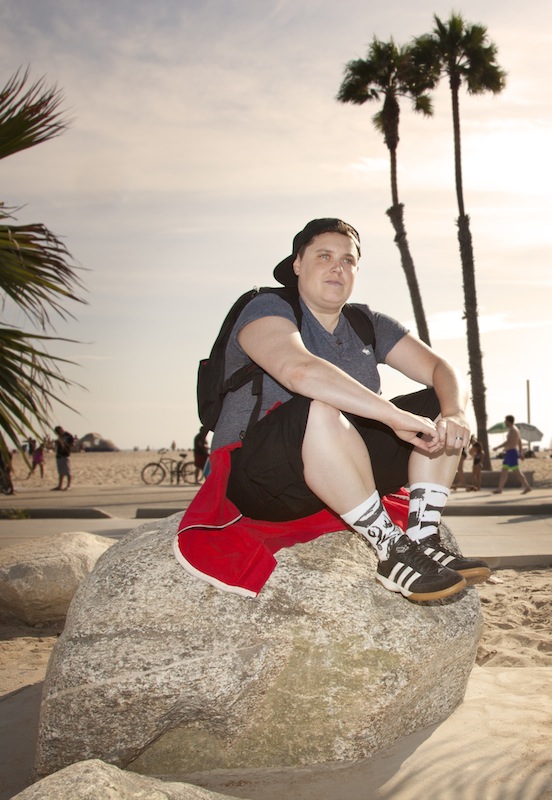 Local skate shops, wherever I might be traveling. They always have the coolest indie tees, as well as a huge selection of sneakers and hats, which are both my jam.

Full circle! It was cool to be involved on the modeling end after so many years on the back end. As one of the founding employees of dapQ, it’s been really cool to see the movement grow and make its way out to me in LA.

I love the beach, so it’s always amazing to be spending a Sunday afternoon on the sand near the waves. It was hilarious sitting near the bike path and having rollerbladers trying to figure out who among us was famous, and why we were having our photo taken so many times. 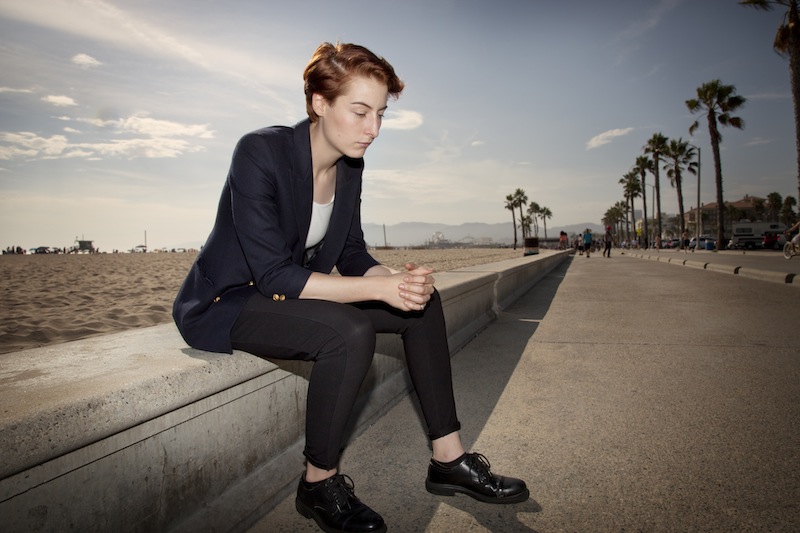 I have an amazing friend up north who is the same size and height as me and when we first met all I wanted to do was try on all their clothes I felt like we were made for each other so we could just trade blazers and shoes for the rest of our lives. Their Tumblr is menswearinbed.tumblr.com

I can’t leave my house without my ring because it was a gift from somebody really close to my heart and literally matches everything I own. (Mad props to my Washington family.)

My favorite part was when somebody’s grandma walked away from her family to watch us get ready for the shoot, and she kept smiling at all of us. It made me really happy. 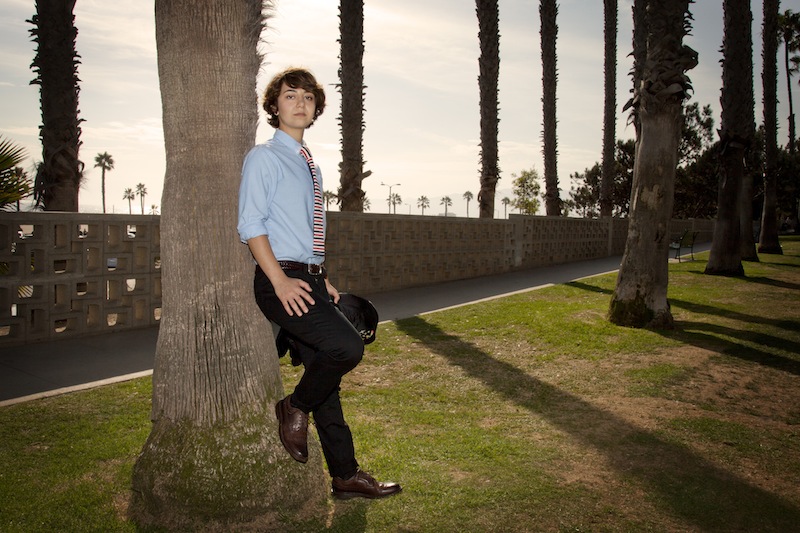 If there exists a person whose style is a cross between A$AP Rocky and Tegan & Sara, I would raid their wardrobe immediately. And I mean, immediately.

There’s nothing better than shopping online! If I must venture outside of the internet, you’ll likely find me at American Apparel, Topman, Zara or anywhere else with a boys section. It’s a struggle to find the right fit, but there’s solace in knowing I’m not alone.

I can’t imagine life without a pair of Clarks desert boots hugging my feet. They are the most comfortable shoes I have ever known.

When I was 14 years old, I likened my wardrobe to a line of cold, metal bars behind which my identity was trapped. In my adolescent rebellion, I secretly borrowed articles of clothing from my brother’s closet and changed in the school bathroom before my first class. More than anything else, I wanted Molly Brown to help spruce me up in her son’s tuxedo so that I may slick my hair back and ask Rose DeWitt Bukater for a dance. Although my youthful fantasies were seemingly impossible a decade ago, I’m so grateful to be awake and alive at a time where spaces like dapperQ exist to celebrate nongendered self-expression, especially in the realm of fashion. As I reflect on my involvement with this project, I can’t help but smile at the thought of how proud little me would be of her future self, still “dressing to fight the good fight each day.” 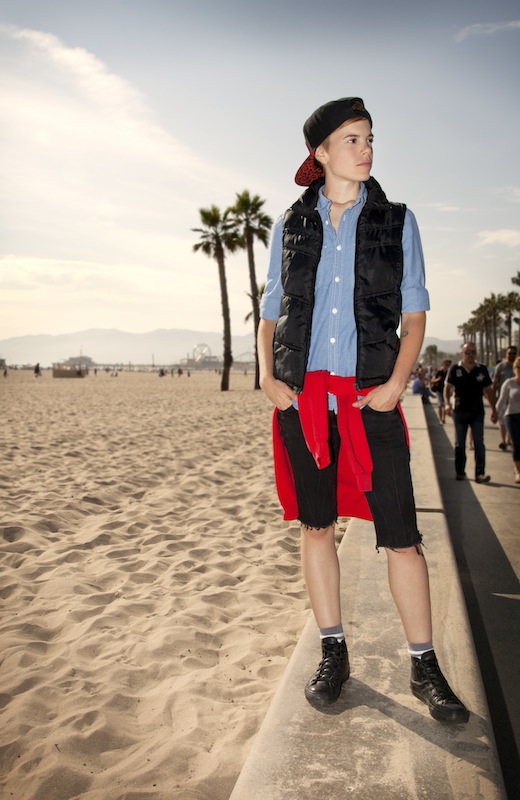 Age: 26
Preferred Gender Pronoun: No preference really. She, he, they… it’s all me.
Occupation: Singer/songwriter, actor, activist with television spots on America’s Got Talent and The Glee Project 2. (Facebook and Twitter)
Outfit: Self-ripped jean shorts. A vest I’ve had for over 5 years. Button up, Old Navy. 2014 World of Dance hat.
Song that best describes your look:

Right now, it’s this gold “tree of life” pendant I got from a friend.

I remember Jordan directing us to converse naturally during this one group shot, but then she would ask each of us to gaze away from whomever we happened to be chatting with. Haha. This made me laugh.