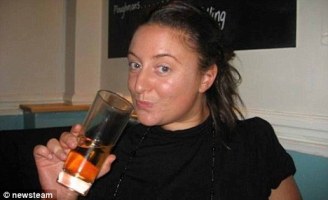 Today in desperately important gay news, a 26-year-old Physical Education (P.E.) teacher at The Abbey School in Faversham, Kent, faces two years suspension for allegedly having a lesbian affair with a pupil.

Another staff member spotted Nicola Webster and a Year 12 student holding hands and kissing. Allegedly the relationship began on a school skiing trip, the girl shared a one-bedroom flat with Webster, and Webster had booked a week-long Valentine’s Day holiday to Majorca for the two of them. The student, referred to in the news as “Pupil A,” was a “Sixth Form” student.

The case seems to be a bit of a mess. Nicola Webster claims she is straight and that the allegations against her were made up by Rachel Skelcher, head of PE, in an attempt to get her friend a job. Webster said:

“I can confirm that I have never, and never will enter into a relationship with a pupil. I can also confirm that I am not gay. I am straight, and I know about teacher boundaries and to this day I teach to those boundaries. I am a successful teacher and I love my job.”

The General Teaching Council accepted some of the allegations, like that an inappropriate relationship occurred, but rejected others, like “an accusation that they had attended parties as a couple.” The whole case is a little bit confusing, but regardless the teacher’s final punishment rests at two years suspension, during which she’s been encouraged to “reflect on the seriousness of her conduct.”

In the UK, it is illegal for persons in a “position of trust,” like a doctor or a teacher, to have sex with under-18s in their care. Although I’m not certain why this particular case didn’t make its way into criminal court — perhaps they were unable to prove actual sexual contact occurred — the circumstance nonetheless raises some interesting questions about other, similar circumstances.

For starters, it is an uncontested fact that women can and do rape other women. However, often teacher/student cases involving two women are perceived differently than those between a man and a woman because men are assumed to be more predatory and manipulative than women. There are often too many factors involved to adequately assess if women get off with lighter sentences than men — for example, men are more likely to have used physical force or violence than women.

There’s also a perceived physical and social power imbalance between men and women (which manifests itself interestingly when approaching cases with a female educator/male victim). Whereas the same situation between an older male teacher and a young female student would initially alarm just about everyone besides the creators of Pretty Little Liars, that’s not always the case when the case involves two ladies. 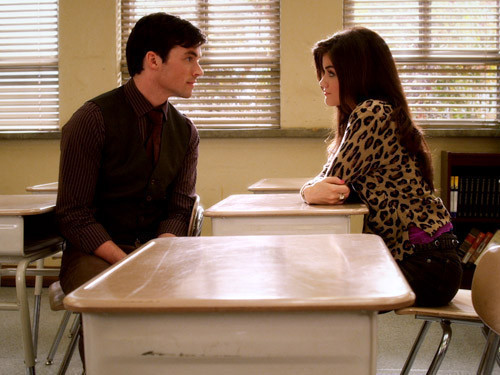 “The decadelong wave of sexual offenses committed by women — teachers in particular have exposed a cultural double standard: The public is more willing to accept the female abuser’s claim that she had a “relationship” with the victim. And in cases in which the male is a teenager, the sexual abuse is more likely to be dismissed as a rite of passage. The questionable, yet overriding assumption, is that women predators are somehow different from men.” 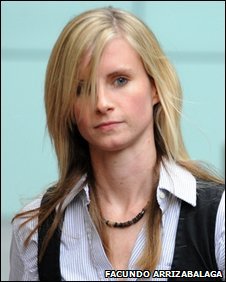 The vast majority of female-educator/female-victim situations are clear-cut cases of predatory sexual behavior and assault, like most criminal acts, and are treated as such. But the following cases have been largely referred to as “lesbian affairs.”:

+ London, 2009: 15-year-old student, 26-year-old former child prodigy music teacher. Hellen Goddard, the aforementioned prep schoolteacher known as “the Jazz Lady,” received a 15-month sentence for her affair with a 15-year-old female student. The student admits that she “instigated” the relationship and felt “guilty” about Goddard’s legal situation. The student’s parents were the ones who reported the affair. (In the UK, the age of consent for female-on-female sex is 16, which is clearly above the age of the girl in this case.) When we originally wrote about this case, most of your comments regard our recent redesign and how attractive Hellen Goddard is. The Judge who sentenced Goddard told her he wouldn’t prohibit her from seeing the girl after she turned 16.

+ New Jersey, 2007: 17-year old female student, 28-year-old PE teacher and field hockey coach. The teacher was charged with three sex-related offenses, including first-degree aggravated sexual assault. Both parties attest that the relationship was consensual. (In New Jersey, the age of consent for female-on-female sex is 16). The teacher was fired and did not have to register as a sex offender.

+ Ontario, Canada, 2007: 17-year old female student, 37-year-old teacher. Leslie Merlino received a suspended sentence and a 12-month probation in 2009 after pleading guilty to three charges regarding a sexual relationship with the student. Merlino will be in the Sex Offenders databank for the rest of her life. The student refused to file a victim’s statement and said she’d renewed contact with Merlino on her own volition. (In Canada, the age of consent for female-on-female sex is 16)

+ Oklahoma, March 2009: 16-year-old female student, 45-year old teacher. The victim said the acts were consensual, she had no regret, and said she’d had sexual relations with another educator at the school. The teacher pled guilty to two counts of oral sodomy and is serving a 2-year prison sentence. (In Oklahoma, the age of consent for female-on-female sex is 16)

Furthermore, the student/teacher lesbian affair trope pops up quite a bit in lesbian media in a compassionate light. Of perhaps 13 lesbian films ever produced, at least three feature student-teacher affairs — Bloomington (honestly one of the worst movies I’ve seen in my life), Loving Annabelle (didn’t suck) and Mädchen in Uniform (which was made in 1931, way before I was born). The Vagina Monologues include a story of a 13-year old girl and a 24-year-old woman.

Anecdotally I’ve heard lesbians argue that it’s different with girl-on-girl because the actual dating pool is much smaller — the older woman isn’t necessarily choosing a younger woman over someone her own age but rather choosing a younger woman over nobody. Another issue raised was whether homophobia or a need to stay in the closet was a mitigating factor that shouldn’t be ignored. One person I talked to mentioned, “I don’t know why anyone would want to talk to a teenager, ever, if they didn’t have to.” I can’t even conceive of what these teachers were thinking, however, or why anyone over the age of 18 would be attracted to a teenager BUT moving on.

Do you think there’s a double standard for males and females in cases like this? For opposite-sex cases versus same-sex cases? Do you think that it IS different for girls? When a teenager above the age of consent says she consented, what does that mean to you?  Do you feel like your response to these situations is tainted by the big lezzie crush you had on your English teacher in high school? Discuss.