Nominees were announced today for the 28th Annual GLAAD Awards, which “recognize and honor media for their fair, accurate and inclusive representations of the lesbian, gay, bisexual, transgender, and queer community and the issues that affect their lives.” Previously, Autostraddle has been nominated three times in the “Outstanding Blog” category, and in 2015 won said award.

There are some categories that reveal how far we’ve got left to go — like that there were so few wide release films with LGBTQ-inclusive storylines this year that the category only has two nominees, and that only one of the limited release nominees was a story about women.

There are also some categories that reveal how the world is sometimes not terrible, like the category in which I was nominated for spending two months watching trans-inclusive television episodes until my eyes bled!!! 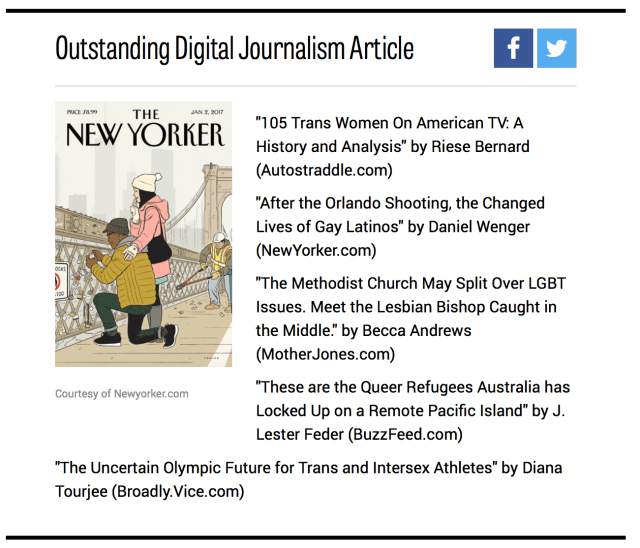 Other nominations relevant to your interests include:

You can see the full list of nominees on GLAAD’s website. You can also watch this video!!

The winners will be announced at one of two ceremonies: April 1st in Los Angeles and May 7th in New York.