Back in April, bill SB-48 was introduced in California; it would require standard curriculum to include education about gay and lesbian role models in social science textbooks. Now, months later, it’s passed the State Assembly and California Governor Jerry Brown has 12 days to either sign or veto it.

Of course, like anything involving queers in the school system, the bill is the subject of much controversy. Its opponents claim that it’s dangerous material for children to be exposed to:

Assemblyman Tim Donnelly, a Republican from Twin Peaks, said he was offended as a Christian that the bill was being used to promote a “homosexual agenda” in public schools. “I think it’s one thing to say that we should be tolerant,” Donnelly said. “It is something else altogether to say that my children are going to be taught that this lifestyle is good.”

Supporters of the bill appear to be more offended as human beings that so many gay kids in schools all over the country are killing themselves, a problem that really can get a lot better with more measures like this. When kids see themselves reflected in reality around them, they’re less likely to want to disappear; when straight kids see that gay people have had a huge impact on our nation’s history, they’re less likely to torture their peers.

There’s also the factor that – as we talked about back in April – California is basically the most important state this could possibly be happening in. Despite being only 2% of the states in the union and roughly 12% of the US population, California made up 13% of the US textbook market in 2009, and had at least 6.2 million children in public school. The buying power of the state of California can easily influence the content that gets put into textbooks that will end up being purchased all over America.  California has been the site of several groundbreaking and progressive new achievements for queers, and especially queer kids – for instance, LA County is the pioneer of a multimillion dollar pilot program aimed at supporting homeless gay youth. California’s size and influence give supporters of these measures hope that they are more likely to happen in other states, as well. 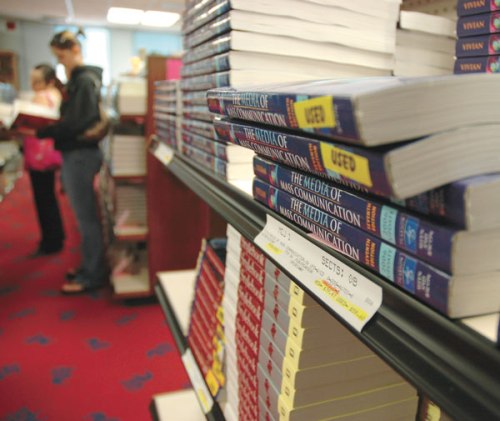 California is facing a major budget problem, though, and so far much of Brown’s time as governor has been spent trying to close the gap. California is still reeling from the budget crisis that occurred during Schwarzenegger’s time as governor. SB-48 would require California schools to include this educational material in their curriculum as soon as the 2013-2014 school year; for a governor whose only hope of success is tightly controlling spending, passing SB-48 is a serious test of where his priorities lie. Opponents of the bill will likely criticize it as an unjustifiable expense during the 12 days of heavy lobbying on both sides that is certain up ahead.

It’s also interesting that this battle is going down in California for another reason – school curriculum was a major issue in the vote on Prop 8, even if it was a totally misinformed controversy. Part of Protect Marriage’s campaign for Prop 8 in California was the insistence that without it, children would be “taught gay marriage” in schools. Prop 8 opponents derided this as a scare tactic and distraction from the real issue; this was accurate, as there was no language whatsoever in the bill on same-sex marriage in California about school curriculums. Their only ammunition was a single lawsuit in Massachusetts, where marriage has been legal since 2004, in which one pair of parents was upset that their child was read a book about two princes getting married in the classroom. The book and the lawsuit were completely unrelated to marriage equality, and the lawsuit was dismissed, and subsequent appeals have failed. That didn’t dissuade people like this gentleman, however. Nor did it stop Protect Marriage from running this charming PSA, either:

The progress of SB-48 three years later has no direct link to Proposition 8, but it does seem ironic that same-sex marriage still isn’t possible for Californian couples while a major part of the reason it was denied to them may become a reality.

There’s no word on how Governor Brown will vote; his office has given no comment one way or the other. Brown is a Democrat who was supported by Equality California during the gubernatorial election; EQCA has met with him twice now to urge him to pass the bill. It passed the Assembly 49-25, a fairly large margin, but a similar bill was vetoed by (Republican) Governor Schwarzenegger in 2006. This time the bill is championed by a number of openly gay lawmakers and California officials – for instance, Assembly Speaker John A. Perez, or Assemblyman Tom Ammiano, who says that “I don’t want to be invisible in a textbook.” Hopefully, their voices will be heard, so that children across the state (and maybe eventually the country) can hear their own stories told.