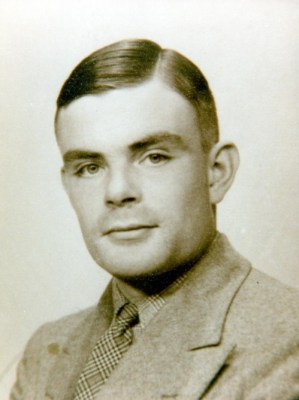 The first gay person I ever learned about in school was Alan Turing, the computer scientist and philosopher, and it was only because one of the more offensively straight boys dressed up as him for something I’m pretty sure was called Philosophers Friday (I went as John Locke). He slicked back his hair and hit on all the other straight boys dressed as male philosophers, which everyone found hilarious. If he hadn’t, the fact that Turing had to agree to be chemically castrated to avoid prison after being charged with gross indecency and later committed suicide wouldn’t have come up, because who learns about gay people in school?

And that was in a semi-liberal Canadian high school. Same-sex marriage would have just been legalized. One of my friends took her girlfriend to prom and was very politely completely ignored by the administration. There was a Gay-Straight Alliance and people mostly left everyone in it alone.

But except for Turing and, a little while later, Oscar Wilde, gay people weren’t really talked about — or if they did, no one really mentioned that they were gay. It just wasn’t a thing. I didn’t start learning about people in history who were gay until I started reading about gay history for fun, which a lot of people don’t do. Especially if they are straight or in places (geographical or personal) where being an out gay person or reading about out gay people just doesn’t feel like an option. Or, um, if they have lives.

Right now in California, a new bill would make learning about gay and lesbian historical figures a standard. SB-48 would require that all social science textbooks include “a study of the role and contributions of lesbian, gay, bisexual and transgender Americans … to the economic, political and social development of California and the United States of America, with particular emphasis on portraying the role of these groups in contemporary society.”

One of the main goals of the bill is to reduce anti-gay bullying. In an interview with the L.A. Times, Senator Mark Leno, who introduced the bill, said:

“In light of the ongoing and ever-threatening phenomenon of bullying and the tragic result of suicides, it seems to me that better informed students might be more welcoming in their approach to differences among their classmates. Students would better understand that we are talking about a civil rights movement.”

While similar legislation was proposed in 2006, those backing the bill hope that they will be more successful with a Democrat as governor. And because California is a major textbook purchaser, publishers frequently tailor content to meet its demands, which means that other states might end up using the new materials as well. Additionally, the changes would not be forced on existing materials, but would be added in the next scheduled series of revisions, due in the next few years.

Several right-wing religious and parental groups are upset about this like it’s their job. The California Catholic Conference, the First Southern Baptist Church, and the Thousand Oaks Christian Fellowship have sent letters calling the changes “absurd.” The Concerned Parents United has published a sample letter, which I am not going to link to, arguing that including references to the sexual orientation of historical figures won’t reduce bullying because “we can teach our children to be kind to others without prompting unnecessary discussion about alternative sexual practices.” It also argues that such materials would be “indoctrination,” that “parents want their children taught academics in school — not a social agenda which may be contrary to their morals and beliefs,” and that people should be able to “opt out of being exposed to such materials” in the same (unfortunate) way they can opt out of sex education.

It’s easy, sort of but not really, to see where they’re coming from. Looking at history from more than one angle and acknowledging the validity of the non-old-dead-white-guys-in-power perspective only started to happen relatively recently. But now, it’s common academic practice. Arguing that it’s indoctrination is just silly.

And arguing that it won’t reduce bullying is just inaccurate. Last fall, teachers at a school in London claimed to have more or less eliminated anti-gay bullying after adding gay people to the history curriculum. According to the London Evening Standard,

“Music teacher Elly Barnes said she developed the lessons with colleagues five years ago, after she became concerned about pupils using “gay” as a derogatory term. […]

‘Many schools haven’t even begun to deal with homophobia,’ she said. ‘Some still think being gay is illegal in parts of the country. By looking at famous LGBT people in history, we’ve changed opinions and we have had a number of pupils come out. We have also changed the language used in the school. I used to hear the word gay used all the time as a derogatory term. Now we hardly hear it.'”

Virginia Strom-Martin, a lobbyist for the Los Angeles Unified School District, said, “We are trying to provide for those students that feel disenfranchised, some role models.”

Role models would be nice, especially ones less depressing than Turing; reducing anti-gay bullying would be even better. Last week, the proposed bill passed a party-line vote 6-3. And hopefully it will keep passing, and a generation of queer kids will finally grow up knowing that someone has been here before them to fight some of the battles.