This winter, I’ll be talking about my battle with Seasonal Affective Disorder in a biweekly column called Diary of a SAD Girl. This is the second (mostly wordless) column. You can read last week’s (very wordy) column here. I don’t know where this column will end, or which path we’ll take to get there, or what forms of media I’ll be using along the way. This week, it’s a cartoon. Next week, maybe I’ll write you a poem in the sky from inside a hot air balloon! Or, you know, just use my typey fingers to make words on the internet. It’ll be an adventure. Me, you, and my Philips GoLITE BLU Energy Light, slogging through the snow and sunless days together. 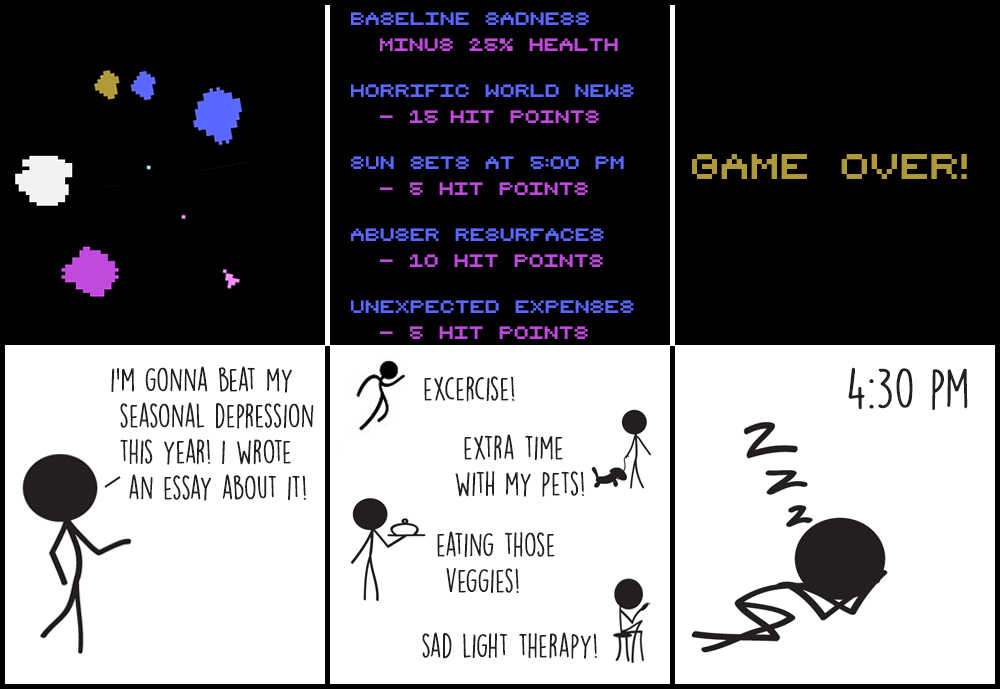 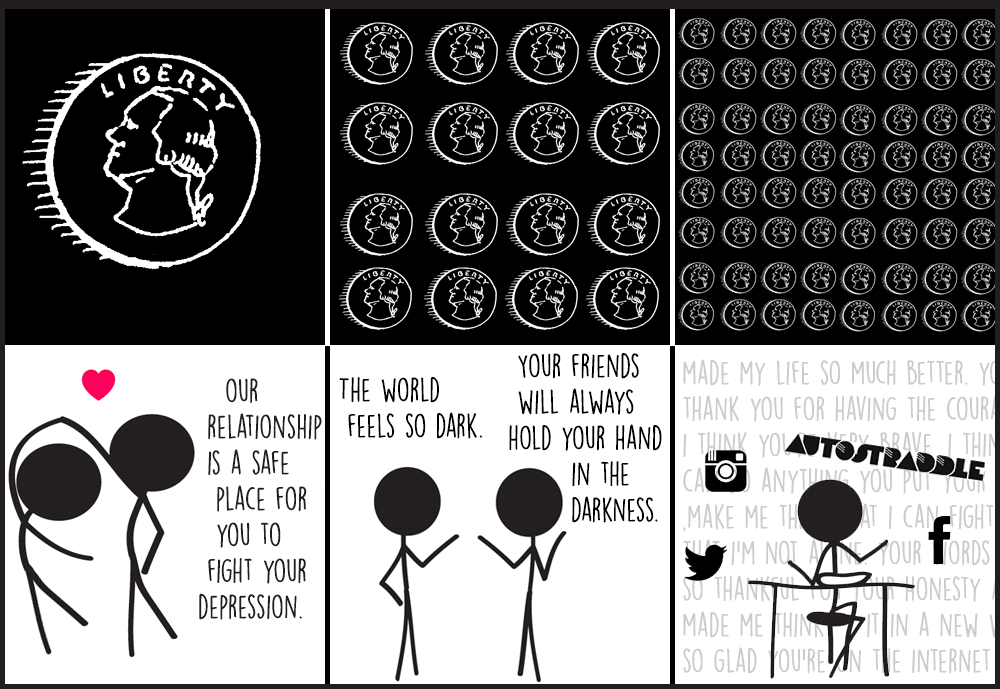 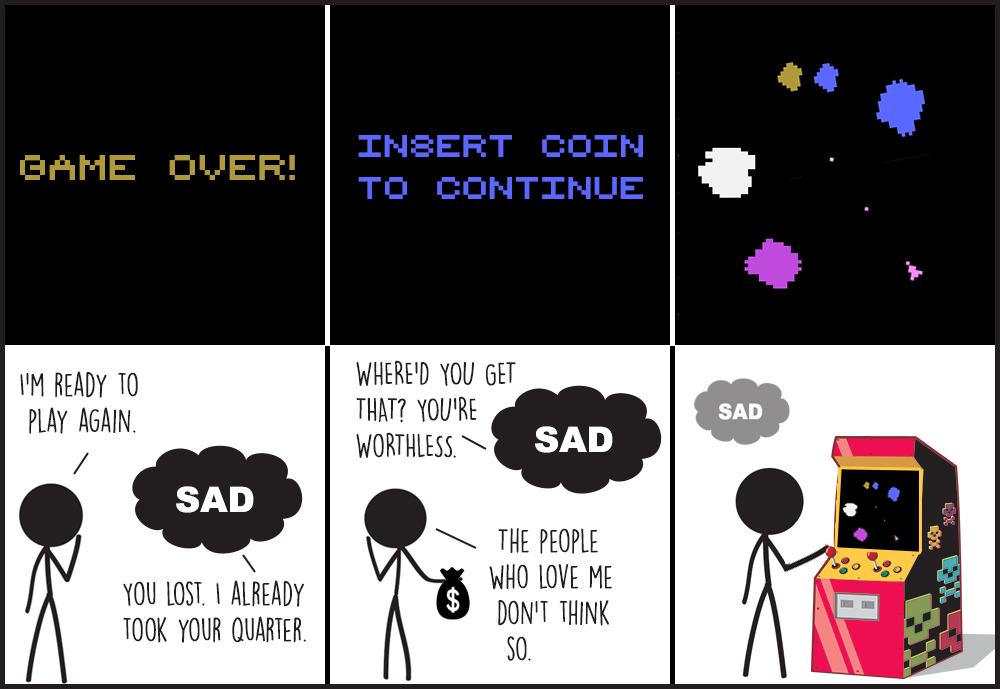