Chances are, you’ve heard of Outfest. The Los Angeles-based nonprofit organization dedicated to nurturing, showcasing, and protecting LGBT media also wants to be sure that POCs have their voices heard. We want to make sure that their efforts are not missed by bringing the 2013 Outfest Fusion LGBT People of Color Film Festival to your attention. The multicultural LGBT film festival will be held March 22nd–23rd at the Egyptian Theater in Hollywood and REDCAT in downtown Los Angeles. 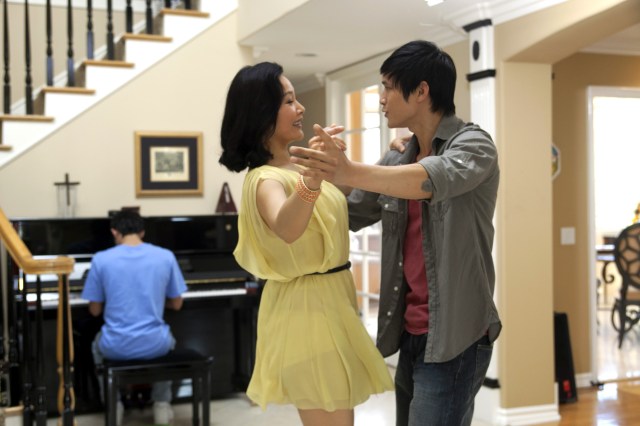 Angela Robinson, writer/director/producer behind our favorite Lindsay Lohan film Herbie: Fully Loaded, will be presented with the 2013 Fusion Achievement Award. Robinson (True Blood, The L Word, Hung, D.E.B.S) will be presented the award prior to the Fusion Gala Shorts program.

In addition to celebrating adult LGBT persons, The Young Filmmakers Project from LifeWorks and Outfest will once again help LGBT youth tell their stories through film. Other projects continue to spring from Outfest as the first ever Fusion Lab started March 7th and will continue until the 30th in Highland Park. Fusion Lab hosts screenings of short films, filmmaking workshops taught by Outfest alumni, and workstations with cameras and editing software.

This year Fusion will have a healthy mix of world premieres, LA premiers, and highlights from last year’s Outfest. If you’ve been excited about Mosquita Y Mari, My Brother the Devil, White Frog, Audre Lorde–The Berlin Years, Homeboy, and The First Date, now is a great time to check them out. A full schedule and tickets can be found on the Fusion website.