Hi friends! Me again! How’ve ya been? Glad we got all that ice breaking out of the way so we can just jump right into it. Since the last Friday Open Thread I hosted I have been very busy. I’ve been lucky enough to see a bajillion (approximate number) musicals here in New York on Broadway and also one in Boston. And I go with a bunch of my queer friends and we flail about the ladies we loved or which storylines and songs we queered in our own minds and, sometimes, we even get to discuss legitimate gay storylines. Jagged Little Pill was as queer as it gets, and full of enough angst the ghost of my teenage self haunted me for days after. (Plus, its queer characters are played by queer actors!) 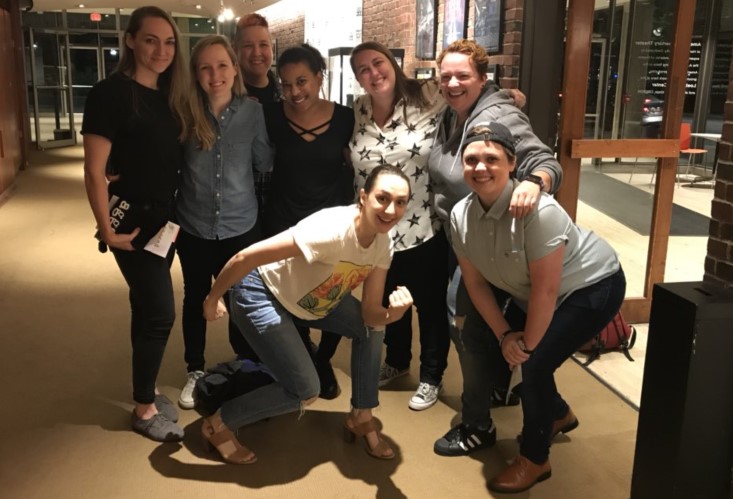 Jagged Little Lesbians with BREAKOUT STAR Lauren Patten who plays Jo in the musical Jagged Little Pill and will win a Tony someday soon, I’m sure of it.

Frozen the Musical was just as gay as the movie (as in, not explicitly gay, but not NOT gay, yaknow?). Mean Girls made Janis Ian the lesbian she was always meant to be and gave me a new term for my identity (Space Dyke). 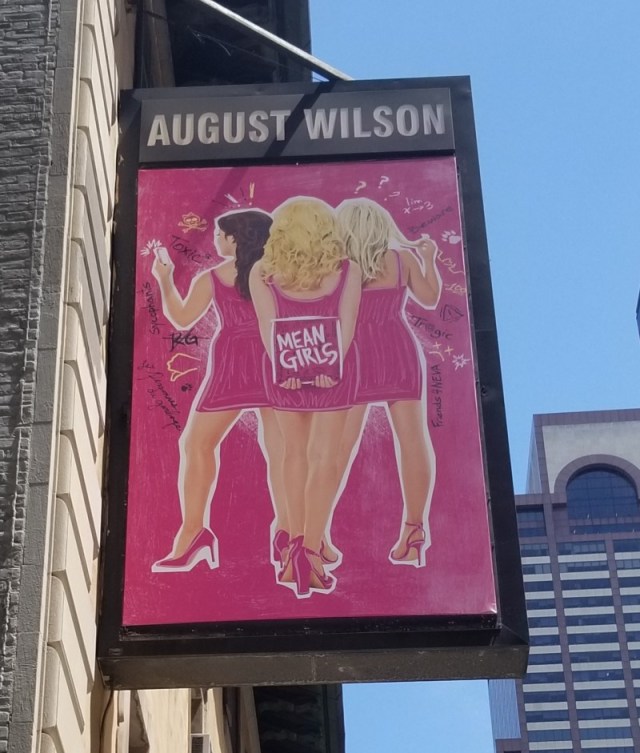 I didn’t think I could possibly love the show move than the movie but I did by the end of the first song.

This Musical Montage of my very own has me thinking a lot about the musicals I loved all my life. The ones that were explicitly queer like RENT or the ones with women I fell in love with like Les Mis. The newer, gayer musicals – whether they failed (It Shoulda Been You) or succeeded (Fun Home). Songs I still wish had two-lady covers (Sunrise from In the Heights), or songs that are definitely lesbian love songs don’t @ me (For Good from Wicked). There have even been not-straight women in theatre for all eternity; Sara Ramirez was the Lady of the Lake long before she came out, and out queer actress Ariana DeBose is currently killing it, bouncing from Original Broadway Cast to Original Broadway Cast.

When straight people talk about the gay community and Broadway, they usually mean gay men. Which is fair. But it’s not just for them. I know so many queer women who love showtunes as much as I do. Stonewall Karaoke on Friday nights always has a wide range of genders singing Broadway songs. (Side note: I have a 100% success rate of making out with whoever I sing Take Me or Leave Me with.)

So I want to hear from you. What songs fill your gay heart with glee? (No shame if you learned them from Glee.) What are your favorite LGBTQ+ characters from Broadway’s long history? What soundtrack to you listen to nonstop? What are your favorite characters to queer in your heart of hearts? Did you do musicals yourself? Did you have a crush on the girl who played Reno Sweeney in your high school’s production of Anything Goes in your junior year? Tell me everything.

Highly recommend seeing Broadway shows in June if you can. Because RAINBOWS. // Photo from Playbill.com