HELLO MY KITTENS, welcome to Friday Open Thread, the internet’s campfire. Don’t worry, I’ve only collected fallen wood and kindled with organic material. It’s really heating up, so come gather ’round and let’s get cozy, tell some stories, show some pictures, sing (post) some songs and make some friends. 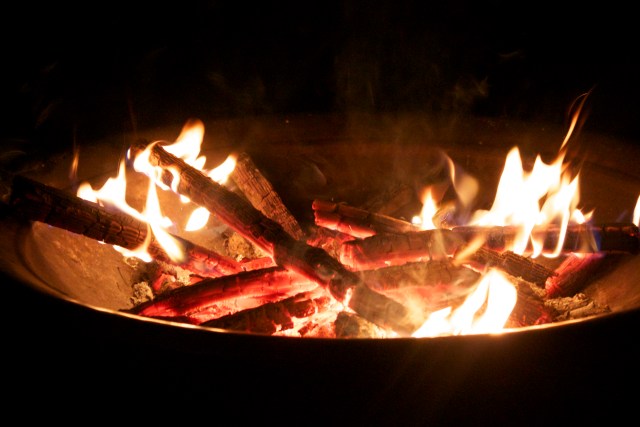 I think I should start by introducing myself, one because I’m just three-ish months into my position here as staff writer at Autostraddle and two because if I had to put a label on the genre of my posts it would be “the stuff that no one’s asked for,” so it’s entirely possible you’ve missed them. I’m Erin, I’m a Kathie Lee & Hoda stan and I spend a lot of time with my dog, Cooper, who sits like this for large portions of the day just to stare at me. 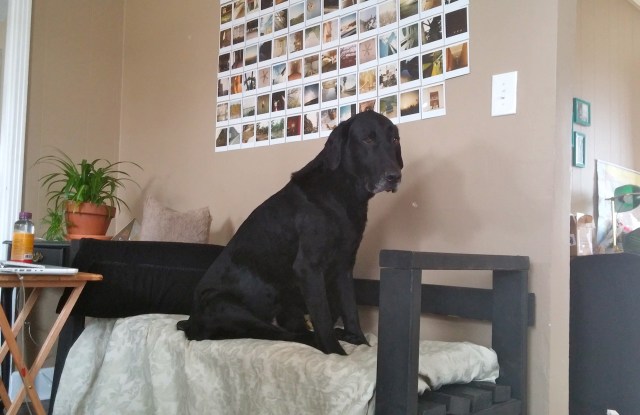 Cooper, who may or may not be plotting my death

March has been a big month of transformation and rejuvenation for me, and not just because I discovered a song that has the lyrics “dropkick me Jesus through the goal post of life.” It’s entered me into a new dimension, maybe even more so than my 30th birthday, which was last Friday. My age was maybe evident to the people who got my reference in this post’s title to the early 90s’ “Recycle, Reduce, Reuse” PSA that weirdly followed those three words with “…and close the loop!” Anyway, it was a great birthday that ended with a roaring fire that into which I hurled a decade worth of intentions and dead weight. 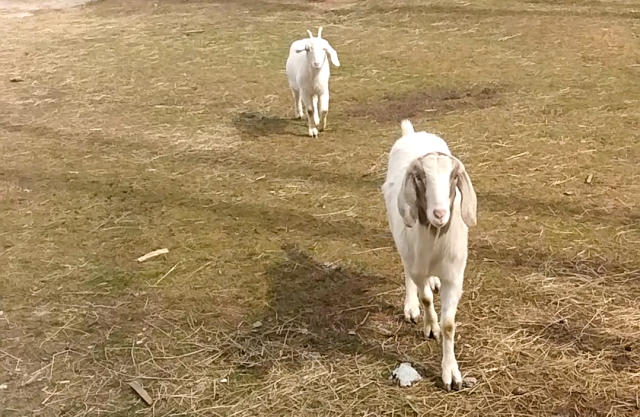 Also, I went on a mountain retreat near Helen, GA where I breathed in the freshest air I’d ever encountered, made genuine eye contact with animals and climbed up the side of a 400-foot waterfall. On one hike I was able to flag down a miniature horse in an open field by waving a carrot in the air, but when I tried to feed it to her an erratic turkey named Octavia swiped it out of my hand and ran away with it. Life: just when you think you’re up it knocks you down! 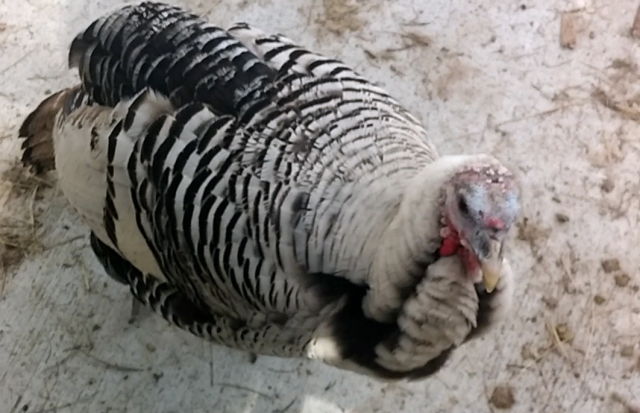 In an attempt to cultivate a positive mindset I’ve been revisiting videos of Audrey Nethery, a 7-year-old zumba fanatic with a rare bone marrow disease whose Facebook has been a constant source of joy in my life. She recently posted this video of her trip to New York where she met her heroes, the cast of The Rockettes.

Have you ever been so excited about life that in the case of a non-emergency you’ve JOGGED INTO A ROOM ON PURPOSE?? What do you watch or listen to when you want to feel inspired/empowered/transcended?

hi what's protocol when u meet ur dead grandma of 10 years i think i gave her a bunch of $$ ??

Then here’s a picture of me from a couple weeks ago meeting a woman who was the literal embodiment of my grandmother who’s been dead for ten years. I’m not sure I can explain to you how bizarre it is to experience a memory in 3D, but what I can tell you is that it involves telling a stranger in the middle of a meal with their family that you 100% thought she was your dead grandmother and then asking that stranger for a hug. Please tell me how you would have approached this situation!

What else? Oh, the drastic change in weather here in Nashville has really amped up my productivity, which meant the bags and bags (and bags) of recycling I’ve stealthily hid inside our neighbors’ unused garage for months finally got taken to the recycling center. It’s unfortunate that it’s such a hassle not to be wasteful and that a lot of areas in the south just don’t have the monetary, political, or social backing for things like city-provided recycling and compost bins that are picked up on a weekly basis or sustainability incentives, but GIRL WE AIN’T IN PORTLAND ANYMORE GET A LIFE GOTDAMN. What’s even more disheartening is every time I go to the recycling center I’m always the only person there. It’s just me and a bunch of wasps around the bin designated for glass bottles. My true friends.

What about you? Does where you live seem apathetic towards recycling too or no?? What else have you been up to? Did everybody see that teacup pig dancing to Rihanna’s “Work”? Did anybody else tear up to it for some weird reason? Me neither!

2. Code it in to your comment! Use the following code, and use a DIRECT LINK to the image. Your image link should end in .JPG or .GIF or .PNG or .CallMeWhateverYouWant even. I don’t care, but it should be an image suffix! KINDA LIKE THIS:

Find a video on YouTube or Vimeo or WHATEVER and click “embed.” Copy that code, paste it.