Hello, peaches, plums, and pears! Do you listen to Joanna Newsom, or. Well. That’s okay. Welcome to the Friday Open Thread, our weekly knitting circle. JK! This is our weekend-long chatroom/coffee lounge/hipster bar where we pass time together, share stories and feelings, and otherwise live vicariously through each other. Also, sometimes people share pictures of their pets and I really like it. AND ALSO, feel free to both be here and be knitting, that’s fine, I hope I didn’t make those things seem mutually exclusive — y’know I tried to learn to knit for so long and it never worked out but I was still an active member in my church knitting club growing up, so really I’m very similar to you. 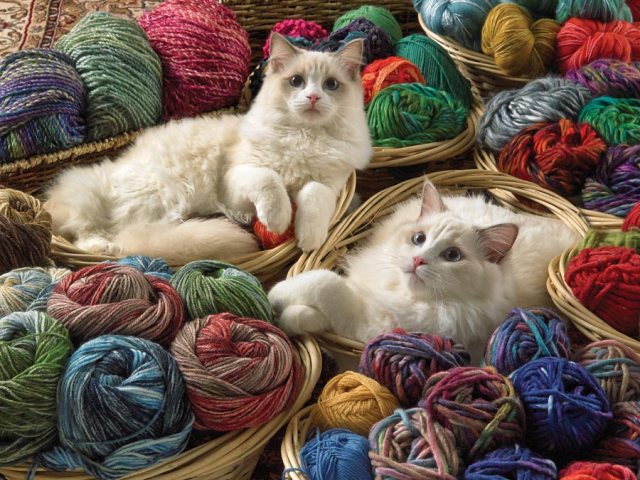 This week has been all sorts of a whirlwind for me. I’m crazy busy, but I am also battling a near-constant desire to procrastinate. I’m too into politics not to devote my entire life right now to the presidential primary, but I’m also tired of the negative energy and antagonism that the election created in my Facebook feed. (Also, I can’t decide if I want Hillary Clinton sweats, a Hillary Clinton tee, or a different Hillary Clinton tee, or a Hillary Clinton throw pillow, and I’m lost in the world about it.) And, like most weeks, I’ve been fantasizing about driving far, far away and riding solo on the highway for a long time and rolling the windows down and buying iced coffee at small-town gas stations and yet I can’t figure out where the hell I actually wanna go.

And yet, here I am. I made it! You made it! We all made it through this bear (or, maybe in your eyes, a sheep or platypus) of a week and now we can take a second to mix up some mocktails or roll our joints, and shoot the shit. So let’s get down to it, shall we?

I wanna hear all about your lives, queermos. Your newly discovered desires, the amazing ice cream shop you walked to when it finally got warm out this week, the ways in which traffic impeded your commute, the amount of hours you spent watching The Office in your room today (is that just me?), how adorable your cat/dog/parrot is being right now, where your next trip is taking you, how excited you are to see me next weekend in DC, what you got your girlfriend for her birthday, and so on and so forth until the Earth spins off of its axis. Really, you could say anything right here and right now and I would love you for it. That’s what friends are for, after all!

And if you happen to have any advice related to task management, wanderlust management, or the management of my ongoing election cycle feelings, feel free to throw those in, too. I’d just fall madly in love with you if you did, I think. And before you send me knitting videos, just take note: I am a lefty.

(Oh, also, we’ve had this pumpkin outside since October and it’s still going. But it’s totally rotten inside and it just doesn’t look it, right? Like, that’s the only thing that could possibly be true, correct? Confirm / Deny below.)

​
How To Post A Photo In The Comments:
​
Find a photo on the web, right click (on a Mac, control+click), hit “Copy Image URL” and then…
code it in to your comment like so:
​

​
If you need to upload the photo you love from your computer, try using imgur. To learn more about posting photos, check out Ali’s step-by-step guide.
​
How To Post A Video In The Comments, Too:
​
Find a video on YouTube or Vimeo or WHATEVER and click “embed.” Copy that code, paste it