Usually when we write seasonal preview posts, which we feel obligated to do by a force larger than ourselves, we must exert actual effort to uncover those items suitable for anticipation and then feign effortless knowledge of said items.

But you guys, for real, I am genuinely, sincerely, completely stoked about some books coming out this fall! I did not even need to look this shit UP I AM ON IT. It almost makes me wish I was still in college buying books for English 360: The Rise of the Novel. JK I hated that class. Anyhow! 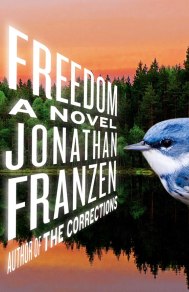 Jonathan Franzen‘s Freedom comes out today and it’s already being called the greatest novel of the year etc. Well, the thing is that BOTTOM LINE Jonathan Franzen is a really excellent writer. His last novel, The Corrections, was undoubtedly a masterpiece. It started out a bit slow but then unfurled with careful, complicated, compelling energy and BONUS! two queer leads! I read The Corrections in 2002, the winter I decided to leave my boyfriend and the condo/life/dog we shared. The boyfriend was visiting family in Las Vegas and I felt like I could breathe/read for the first time in eons. I thought, he’d never read this book or ANY BOOK, even if I begged him to. So that was that, we broke up the day he got home.

I read and enjoyed Franzen’s essay collection How to Be Alone a few years ago. In his oft-cited Harper’s piece “Why Bother” about the “decline of the American Novel” and depressive realism vs. tragic realism, Franzen confers with Novel Expert Shirley Brice Heath, who calls Franzen “a socially isolated individual who desperately wants to communicate with a substantive imaginary world.” Later on, he says this (it’s a good reason for why you should get his novel, or any novel):

Whether they think about it or not, novelists are preserving a tradition of precise, expressive language; a habit of looking past surfaces into interiors; maybe an understanding of private experience and public context as distinct but interpenetrating; maybe mystery, maybe manners. Above all, they are preserving a community of readers and writers and the way in which members of this community recognize each other is that nothing in the world seems simple to them.

Freedom obviously garnered a super-rave review in The New York Times Sunday Book Review and also controversy —  apparently Jodi Piccoult and Jennifer Weiner are displeased by the excessive hulabaloo over another “white male literary darling.” Furthermore, Franzen is the first novelist to grace on the cover of TIME magazine in ten years and the only “serious” novelist besides Toni Morrison to do so. But reader: I only feature prominently and direct you towards straight white male literary darlings when they’re really fucking good.

The TIME article contained this quote from Freedom, which I think you’ll like:

“Patty had all day to figure out some decent and satisfying way to live, and yet all she ever seemed to get for all her choices and all her freedom was more miserable.” 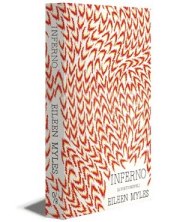 Eileen Myles, a poet who I mentioned in our Top Ten Lesbian & Bisexual Poets to Fall in Love With, is realeasing a “poet’s novel” titled Inferno in September. You can only get it through the OR Books website, a “new type of publishing company” which  “embraces progressive change in politics, culture and the way we do business.”

Here’s the description of Inferno:

From its beginning—“My English professor’s ass was so beautiful.”—to its end—“You can actually learn to have grace. And that’s heaven.”—poet, essayist and performer Eileen Myles’ chronicle transmits an energy and vividness that will not soon leave its readers. Her story of a young female writer, discovering both her sexuality and her own creative drive in the meditative and raucous environment that was New York City in its punk and indie heyday, is engrossing, poignant, and funny. This is a voice from the underground that redefines the meaning of the word.

Today’s transpeople, genderqueers, and other sex/gender radicals are writing a drastically new world into being. Gender Outlaws, edited by the original gender outlaw, Bornstein, together with writer, raconteur, and theater artist S. Bear Bergman, collects and contextualizes the work of this generation’s trans and genderqueer forward thinkers—new voices from the stage, on the streets, in the workplace, in the bedroom, and on the pages and websites of the world’s most respected news sources. Gender Outlaws includes essays, commentary, comic art, and conversation from a diverse group of trans-spectrum people who live and believe in barrier-breaking lives.

Laneia is going to review Tao Lin‘s Richard Yates for you this week, which comes out on September 7th and which I will also read and, I think, enjoy. Speaking of writers who a lot of internet-people have irrationally abrasive feelings towards, I might even get into the reviewing spirit and finally tell you why you should go get Emily Gould‘s And the Heart Says Whatever. Emily totally doesn’t believe I’m ever going to review her book anymore, but I am, I swear. I cannot let these six google docs and 50,000 words I’ve written about the book (but mostly about myself) just languish in cyber-landfills forever. 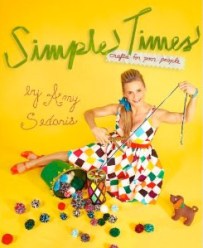 I’m getting the feeling that David Sedaris has run out of good anecdotes, but apparently not. His illustrated book of “animal-themed tales,” Squirrel Seeks Chipmunk: A Modest Bestiary, comes out September 28th.

Also from the Sedaris clan this fall is Amy Sedaris‘s Simple Times: Crafts for Poor People. I love Amy Sedaris, she is one of my favorite people in the whole world.

Also look out for the 25th Anniversary Edition of William Burroughs’ Queer, Danielle Evans‘ debut short story book mostly about teenagers with “disorder,” Before You Suffocate Your Own Fool Self AND AND AND! Have you read an autobiography of Roald Dahl yet? It’s something you should do with your life. Luckily, Storyteller: The Authorized Biography of Roald Dahl of RD comes out-mid September!

AND ONE LAST THING! I think you might like Big Girls Don’t Cry: The Election that Changed Everything for American Women by Rebecca Traister, who is one of those women with real jobs. I recognize her name, as I do most of the women who have real jobs writing on the internet, because one time she wrote about Emily Gould.