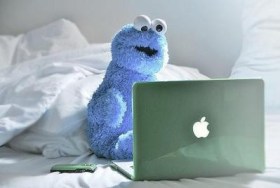 HELLO and welcome to the ninth installment of Things I Read That I Love, wherein I share with you some of the longer-form journalism/essays I’ve read recently so that you can read them too and we can all know more about stolen bicycles and Joan Didion!

Who Pinched My Ride? (February 2012), Outside Magazine – You’re gonna really like this one. When thieves stole his beloved ­commuter bike on a busy street in broad daylight, PATRICK SYMMES snapped—and set out on a cross-­country plunge into the heart of ­America’s bike-crime underbelly. What he saw will ­rattle your frame.

Dark New York Apartments: Not For Vampires Only (January 2012), The New York Times: This made me feel like less of a weirdo for wishing the sun always set at 7 and never at 10 because at some point you just want to be ensconced in darkness?

Judith Clark’s Radical Transformation (January 2012), The New York Times Magazine: In October 1981, Judith Clark, a lesbian and a new mom, was arrested in connection with a robbery committed by the radical leftist political group she was involved in. She got the longest sentence of anyone involved, longer than the people who actually killed people.

HATERADE (January 2012), The Believer: “WHAT ARE THE LONG-TERM EFFECTS OF BEING CALLED AN INTOLERANT HACK, A FEMINAZI, A DESPICABLE PIG, AND A STUPID LITTLE TWIT ON A DAILY BASIS?” By Meghan Daum who I love. Have I already told you that I love her? This is so relevant to all of your interests that you maybe could’ve written it yourself.

“…if most writers have long understood that publishing is a privilege that carries certain responsibilities—foremost among them taking the time to present ideas in a careful and thoughtful manner, ideally with the help of one or more editors—many readers seem to be approaching their commenting privileges like teenagers with newly minted driver’s licenses.” – Meghan Daum

The Autumn of Joan Didion (Jan/Feb 2012), The Atlantic: I really loved this so much. I don’t know. At times the way she described Didion reminded me of me; except obviously Didion is 1,000% more famous, 2,000% better, and 50,000% more successful but you’ll see what I mean, maybe. Like about how sure her voice is when she writes or reads but how uncertain she seems socially. At other times I wondered if including this essay in TIRTAL would be a mistake because there’s some sections where the author discusses Didion’s unique connection to women and the way women like to read, and I know y’all have lots of feelings about gender roles. But still, I think, THIS.

Too Much Information (May 2011), GQ: I liked this “review” of David Foster Wallace‘s The Pale King for reasons similar to liking the Joan Didion article, but maybe you will like it for different reasons. Or not like it. Hell, I hardly know you.

Missing White Female (January 2006), Vanity Fair: “A missing girl. A desperate family. A tropical island. The disappearance of beautiful, blonde teenager Natalee Holloway on Aruba last May has become America’s most tragic reality show. But behind the cable-ratings bonanza is a war of wills and cultures, as Natalee’s mother, Beth Twitty, alleging an official cover-up, has turned Aruba upside down to find out what happened to her daughter. Sorting fact from rumor, with new information from the police, the author cuts to the heart of the case.”

Mr. Daisey and the Apple Factory (January 2012), NPR/This American Life: Fascinating transcript of a show about working conditions in Chinese factories where iPads are made.

The Rachel Papers: What a Hot, Smart Lesbian Pundit Means For An Uneasy America (Spring 2009), Bitch Magazine: I refound this, oddly, because I’d cut out pictures from it for my arts & crafts/collage bin, which I accessed earlier this week to make some cards.