The strenuous campaigning associated with the 2012 Presidential election will go on approximately forever. While we try our best to say smart things about it as often as possible, it’s also easy to get overwhelmed by every tiny pseudo-news story about how Rick Santorum believes abortions are performed by the Devil or Mitt Romney implied that the First Lady doesn’t look good in geometric prints. In the constant barrage of debates and sound bytes and attack ads, it’s normal to feel like you just want to close your eyes til it’s over. But as bizarre and eye-rolling as campaigning often is, it also tells us important things about how the animal that is our nation thinks, and can be fascinating if you pretend it’s not, you know, happening to you. In the spirit of Things I Read That I Love, we bring you a bunch of writing by people smarter than us on a phenomenon that we do not claim to understand. Slate has helpfully put together the “Longform Guide to the Campaign Trail,” where you can read the likes of Joan Didion and David Foster Wallace talk about what our lives and news coverage will look like until November. Enjoy! 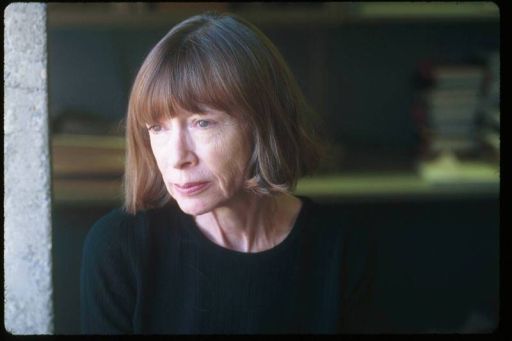 “Among those who traveled regularly with the campaigns, in other words, it was taken for granted that these ‘events’ they were covering, and on which they were in fact filing, were not merely meaningless but deliberately so: occasions on which film could be shot and no mistakes made (‘They hope he won’t make any big mistakes,’ the NBC correspondent covering George Bush kept saying the evening of the September 25 debate at Wake Forest University, and, an hour and a half later, ‘He didn’t make any big mistakes’), events designed only to provide settings for those unpaid television spots which in this case were appearing, even as we spoke, on the local news in California’s three major media markets. ‘On the fishing trip, there was no way for television crews to get videotapes out,’ the Los Angeles Times noted a few weeks later in a piece about how ‘poorly designed and executed’ events had interfered with coverage of a Bush campaign “environmental” swing through the Pacific Northwest. ‘At the lumber mill, Bush’s advance team arranged camera angles so poorly that in one set-up only his legs could get on camera.’ A Bush adviser had been quoted: ‘There is no reason for camera angles not being provided for. We’re going to sit down and talk about these things at length.’”