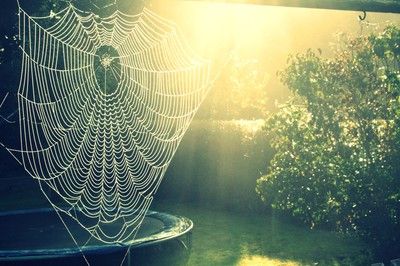 Two nights ago I woke up still-drunk on my couch at 7 AM, wearing my coat and the taste of cigarettes with one ringing thought: What the fuck?

I hate the word alcoholic. It’s weird and sterile, like a strange vestige of a time when mental illness meant state hospitals and probably reality looked like Mad Men with fewer well-tailored suits.

I grew up in bars, literally, but never heard that word, not once. It’s the ultimate taboo of drinking culture. What wasn’t taboo? Pouring a heavy-handed vodka tonic before hopping behind the wheel on the way to anywhere. The plastic 1.75L ghost always lurking underneath the workbench like some northern star of sickness. Feeding your 10 year-old daughter quarters so she could push them into the dusty solitaire game down at the far end of the bar, assuming you were on the way to a bar, which usually you were.

Back to that word. I’m not crazy about it; I’ll be the first to admit that. My therapist claims that I used it a few weeks ago to describe myself, but I called her bluff immediately. She might have been bluffing, but it might have just slipped out. A lot of things feel like slipping. Slipping between one drink and six, slipping through the day without eating a thing. Slipping seven months forward in time before realizing that you didn’t go more than a single day without a drink, usually three.

That kind of routine is a mundane, slow burn fuse, which in a way is the opposite of an explosion. No one notices. You don’t notice. By all accounts, I don’t even seem like a huge partier, or even the biggest drinker I know, but I do know that something’s always felt a little different. It’s like I’ve got an internal switch that flips and not everyone has it, and if you don’t it’s almost impossible to explain. Sometimes it flips between my first and second drink. Sometimes it flips first thing in the morning. The easiest way to explain it is that I’ve always felt like a drinker, a word that resonates with the same truth as the word ‘queer’ or my first name.

No one notices. You don’t notice.

I started drinking younger than most people I know. I grew up enduring the slings and arrows of an abusive home life, but more than trying to escape that, I think it was just about living in the suburbs and wanting to feel something. Being gay was a stone in my throat, but I didn’t even acknowledge that it was there at all ’til I was 17 or so. I started drinking heavily when I was about 15, I think.

Around that time I spent my school nights chatting on AIM with my best friend, doing shots of vodka alone in our little blue glow-lit suburban solipsisms. We spent almost every night like that, and it didn’t ever seem weird or troubling or anything, it just happened. Our parents had better things to worry about I guess, and maybe we did too. Every morning we went to school and made perfect grades and no one noticed anything; we didn’t even notice anything. By 16 we were doing the same thing but stirring a bunch of pills into the mix, which is a very stupid thing that I actively discourage you and anyone you love from doing. My friend’s mom had chronic pain, lost her leg in a car accident in her youth, and our other friend’s mom was a hospice nurse, so it was almost too easy to come by any kind of prescription medication you can imagine. If we had something really strong like oxycontin we’d usually parcel it out carefully, like some kind of fucked up rations, but everything else we just took as we came across it. I remember spending a lot of nights itchy and looking up at my ceiling fan, wondering why nothing felt like anything.

That year, on one of our mundane blurry nights, my best friend overdosed. We were chatting online that night, which is just about the most unpoetic thing ever… it’s hard to even write about it — there’s an extra gloss of surreality that makes it hard to touch. The night he OD’d he didn’t seem more fucked up than usual; we usually started misspelling things as the night blurred on. But this time he didn’t wake up the next day. Ten years later, I don’t even remember how I found out. The next few months felt like gravity collapsing in on me, I’m not even sure it all happened or how it did or why. After he died, I occasionally felt it all in sharp jags, but more often I didn’t feel anything at all… not a single thing for days. Drinking felt different after that too, but it’s hard to say how. Everything shifted, reality suddenly had many, many moving parts.

Two years later, I went to college. I kept most of that story under wraps. I drank like a college student. Stupid shit happened sometimes, just like it would to anyone. I graduated. In 2008 or so, I started going a few months totally sober off and on. Everything was a tumult for a while there, but it didn’t feel like it. My drinking got louder, with more overt self destructive overtures. I was younger then, we all drank like idiots, so I still blended in for the most part. Still, I was in a therapy program, and at some point it was mandated that I attend AA, which I did for a meeting or two — a gay AA group in a neighborhood with nice shade trees and brownstones. I bought the big book and the little book or whatever, but then just started lying about it because it was a hassle and total abstinence of any kind tends to not be a thing that resonates with me.

Things were pretty stable for a while, but then this whole thing — whatever this thing is — came back, in a more insidious way. I became a person who keeps my shit together, but doesn’t always remember a whole lot. If you bring up the details, I’ll go along with it while tamping down the creeping horror of losing entire chunks of an evening — or of a month.

But there’s a subtle difference that comes into focus.

It’s particularly sharp around 3:00 on a workday afternoon. I don’t have coworkers, so every day is a DIY happy hour. And it’s not like I ever wonder if I feel like drinking, I just wonder where I feel like drinking. The part of me that grew up swinging my legs at a bar stool still loves swinging open the door on a new dive and settling in at the bar like I’ve been showing up for years. The part of me writing this right now wonders if I shouldn’t have a drink before I edit it.

It’s like taking the bus, a sort of invisible thing in-between two other places.

I do most of my drinking alone, which makes it not feel like drinking at all. It’s just a thing I do on the way to doing something else. It’s like taking the bus, a sort of invisible thing in-between two other places, and it isn’t very interesting so it’s not really worth talking about. Because if a tree falls in some shithole bar, and no one is around to notice, it’s not much of an anecdote, now is it? It’s a potent facilitator, that feeling of being shimmery and translucent all the time, of not having witnesses. It’s easy to think whatever you want. It’s even easier to let those blind spots blot life out, seep outward like a drop of ink on a cocktail napkin.

None of this feels particularly sad or particularly anything, in retrospect. In fact, I wouldn’t be thinking about it at all excepting a couple of factors. One: This month is the five year anniversary of my dad’s death. He died at 50, a grownup frat boy with a big heart but a quick snarl. Drinking, smoking, and drugs didn’t do him any favors. Two: I decided to quit drinking, at least for long enough to take a step back and see if that’s what I want. So far, it’s been a funny slow motion sort of struggle. It feels like stage combat, or like watching a character in a silent movie try to wrest something out of another person’s arms. No momentum at all, and no volume either. All I know is that I want to stop the slow seep of that ink blot — and I wouldn’t mind having a little company.