Do you ever have disagreements about where you want the story to go?

Nicola: Oh yeah. But we know that those conversations always produce the answer to get going in the right direction. So that conflict is very creatively fruitful and after 12 years of doing this together we trust that.

Emma: It’s hard for us to separate the two, it’s really one relationship we’re in. It’s profound and so much more than a friendship or business partners. We really refer to each other as our professional wives. Or just our wives. We’re both married to other people, but we’ve been through life and death together. We’ve been through life and death of books together. We’ve learned over the years that this is something you have to work at, this relationship. It’s not a fixture, it’s not the computer. We really want to check in with each other, communicate constantly, check in on our vision for what we want, where we’re going, check in on each other’s personal vision… monitor each other’s cholesterol. [laughs] It really is a marriage.

What writers inspire you?

Nicola: We’re obsessed with David Sedaris — The Santaland Diaries, Holidays on Ice — was sort of a turning point “Aha” moment in our early 20s. We though “Oh, this would be an interesting way to start talking about this really crazy experience we had as nannies.” He’s just so good at blending “skewering people” with “heart and compassion” and it showed us the way forward. It was a template that inspired us.

Emma: He has a real sense of how to calibrate the heart and compassion as well as poignancy and humor. I’m also a huge fan of Nora Ephron, her essay work. I think the general public thinks [essay-writing] is just slashing down some thoughts. To be a female writer, it takes so much to talk about things that can be uncomfortable and to do it so well and we’re really inspired by [how Nora did it]. And then, of course, much more sweeping authors that Nikki could rattle off now —

Nicola: It’s not necessarily someone who we’d say “Oh, my gosh. I read their entire oeuvre.” For example, I just finished reading, like every mom in America, 50 Shades of Grey. And the protagonist in that book is 21. And [the author] is in her late 30s / early 40s /mid 40s / late 40s… she writes 21 really well. And I had forgotten what it’s like to read someone grappling with those romantic emotions that are excruciating to go through, and that it’s very hard to relate that in a way that doesn’t come across as sophomoric or annoying. And so it made me realize that what I’ve written thus far in the next book wasn’t up to snuff. That I needed to go back and really remember what it was like to be 21.

I’m also constantly inspired by Nurse Jackie, because the next line is always unexpected. You never know what the person is going to say next, and it’s done with such humor and consistency over four seasons. I’m endlessly impressed.

Would you ever want to write for television?

Nicola: Yes and no. We love the media. We are obsessed with the media, but we heard that the hours are brutal.

So you decided to write about your experience as nannies and then from that decided that you were going to be writers? It didn’t happen the other way around, right?

Nicola: Five years later. There was a lag time. [laughs] I had gone on to act and I was just deciding that that was not what I wanted to do anymore. And I invited Emma to a reading of a play that I’d done and she e-mailed me the next day and said, “I have this idea about a book about nannies and I’m really looking for a partner.” I was like, “Well, it’s that or med school. Okay.”

For us it was a passion project. We had so many friends coming out of NYU who were “accountants by day / dancers by night.” Everyone was doing something in their “spare time,” so it was just OUR thing. It never occurred to us that we’d be able to make a career out of writing. As much as we loved it, that just seemed a really unrealistic goal.

So when Nanny Diaries was unbelievably a success, it afforded us the opportunity to just keep writing full time. We’ve been doing it ever since. 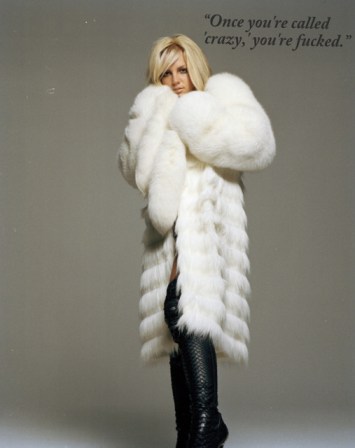 There was a lot of backlash over your second book, Citizen Girl. When writing about Kelsey dealing with everybody having opinions about her that she had no control over, did you draw on your experience dealing with that backlash?

But certainly when we thought of Kelsey we thought about what it is when suddenly the tide turns against you. There’s this rush. There’s a hunger for blood. And something I’ve been thinking about a lot lately is that once you’re called “crazy,” you’re fucked. Sit quietly in the corner, you seem crazy. If you get up and say “fuck all you people,” you seem crazy.

Emma: You can only take so much time standing around dressed up with your legs crossed on the red carpet smiling politely. How many years of that before you’re allowed to say to the press “I think I’d like to be in charge of myself, please”?

Britney Spears was a huge part of the so-called “pornization” of female culture during the third wave, which you grappled with in Citizen Girl. Did Britney’s role in that culture come into play in your writing of this book?

Nicola: That moment where she was saying “Not yet a girl, not just a girl, not yet a woman.” She was trying to transition from her child persona to adult persona at the height of the bubble that we were writing about in Citizen Girl, and there was definitely a large hunger for everyone to be extremely naked.

Emma: And young. Naked and sort of sterilized. There wasn’t a lot of space for mature female wisdom in that stage.

And also she was so… well a lot of young female girls are discovering sex and sexuality and learning how much attention you can get when you’re wearing a skimpy bikini. We all went through that, it can be really intoxicating or masquerade as validation. But she went through that in front of everybody instead of privately, like almost everyone I knew did.

Emma: You take a gamble. What’s distressing to us, again, is that there was a team of people in suits participating in that. There were corporations making decisions and making money off of that. There was her Dad helping her pick out this little bikini for the shoot. I mean, that’s the level of it. It really is a machine. Not in a conspiracy way, but it was millions of dollars. It’s one of those conversations that becomes — she wasn’t a seventeen-year-old girl who put on this outfit and sat in front of her computer and recorded it and put it out there on YouTube. This was not an independent decision. 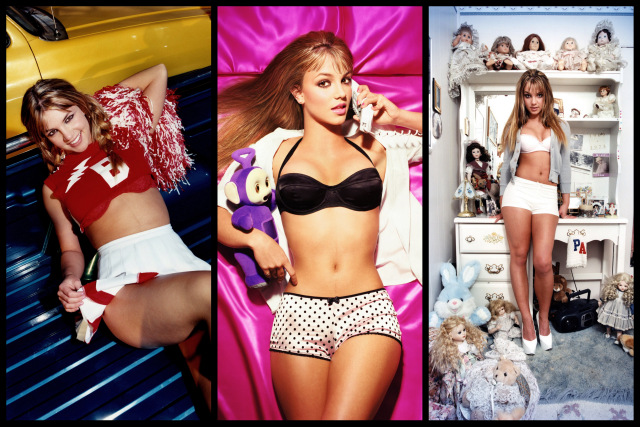 Nicola: Yes, of course. Wow, we’ve never been asked that before! We have an LLC. It’s called “Italics” because we speak in italics. We’ve learned a lot over the years about how to run a two person business. We have responsibilities and flow charts and projections and calendars. And we try to make sure that no one is doing more than the other, that everything is evenly shared.

Do you feel any particular challenges being women in the business world and publishing world?

Emma: The publishing company that we are at, Atria, the CEO is a woman and our editor is a woman and her colleagues are women and our publishing team are all women. So we’ve amazingly and luckily landed in a very pro-female environment, which is spectacular. And we know other houses aren’t like that so we feel very lucky.

What’s been the most rewarding part of your work?

Emma: I think it’s our relationship. At this point in our career we make a decision to really be together, to decide that we didn’t want to do this alone. And I think we’ve been particularly grateful for that opportunity. It’s so delicious to have someone around with you who you can catch eyes with or to be watching some random reality show and be like, “Oh, my G-d, that’s the thing.” And to be able to text Nicci in the middle of the night and say, “Did you see this video and isn’t it bad” and get a text back, “Oh, my G-d, totally,” and “What if we did that?” It’s an amazing gift to have a partner like we have in each other.

Do you have any stories of meaningful interactions with readers or fans of your books that really stuck with you?

Nicola: There was this one woman in San Francisco at a reading of Nanny Diaries who stood up with a sleeping child in her arms and said “I’ve never had anything to point to to explain to people what I love about my job and the pride I take in it. Thank you.” And I’ve never forgotten her.

Emma: After Citizen Girl I had a woman say to me… she’s clutching the book to her chest and she’s like “It IS so hard.” She was the age of the protagonist. It IS. It is hard, you’re not crazy, and she found the book just so helpful. And I think that is probably true in almost all of our… or one of them you know, it isn’t you. It IS this fucked up. It isn’t you.

Between You & Me is on sale now everywhere.