Last weekend, I was having a blast talking books with our A+ members in the reading and lit section of the A+ Discord when I was called to do my lesbrarian duty! Well, actually, someone asked for recommendations for romances with trans characters, preferably trans women, and I swooped in to say I would love to tackle the question for an installment of Ask Your Friendly Neighborhood Lesbrarian. And here we are! The following eight romance novels all have trans women main characters, but they are all over the map in terms of subgenre. We’ve got fantasy romance, contemporary romance, YA science fiction comic romance, historical romance, and more! All the books are by trans authors. Tbh, I was disappointed when I was researching this question that there weren’t more romances starring and written by trans women published in the last year. This list is also very white. Publishing, I am begging you: More diverse trans women romances in 2023!

Cheer Up: Love and Pompoms by Crystal Frasier and Val Wise 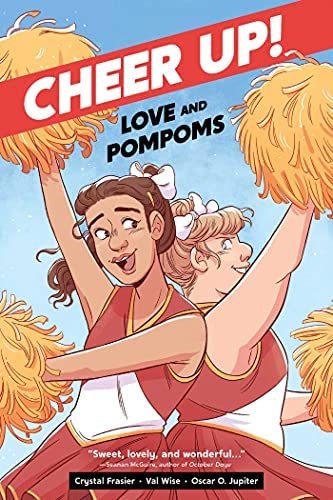 This YA contemporary comic is about former best friends (a cis lesbian and a trans girl) falling in love on the cheerleading team! Cue cuteness galore. There are also a lot of deep, poignant moments and careful attention to nuance; somehow despite while not ignoring the sometimes harsh realities of queer and trans teens, this romance remains sweet and tender. Beebee, the trans girl, is the kind of kid who wants to make everyone happy, especially her overprotective parents. Their support for her transition is somewhat conditional on her keeping her grades up and smoothing over any hiccups in her constantly chipper social butterfly persona. Annie, the cis lesbian, is Beebee’s opposite: antisocial, grumpy, and very reluctantly joining the cheerleading team when her school counselor warns her she won’t get into a good college with such a lopsided transcript of only academics and no extracurriculars. Full of fun, emotive illustrations, Beebee and Annie’s queer romance is as charming as it is authentic. 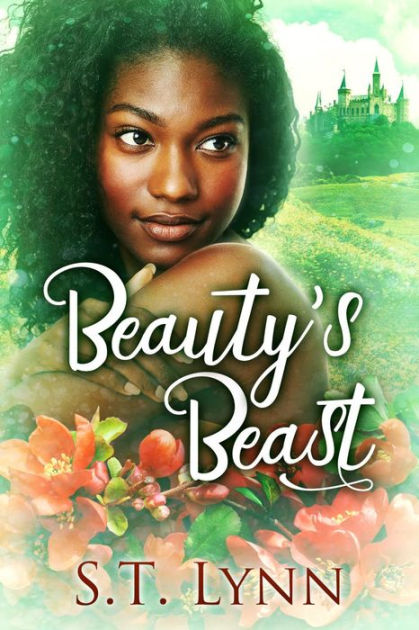 The third book in S.T. Lynn’s Black Trans Fairy Tale series, Beauty’s Beast is, as you probably guessed, a Beauty and the Beast retelling. Lynn’s version of Belle loves wearing the dresses she inherited from her mother and lives with her father who helps braid her hair. One of her favorite pastimes is to curl up in the courtyard of an abandoned castle in the woods and read one of her beloved books. But it turns out the castle isn’t as abandoned as she thought. There is a Guardian of the castle whom Belle learns to communicate with via sign language since the Guardian can’t speak. Soon she finds herself learning the story of the Guardian and a whole host of the castle’s inhabitants. Her burgeoning relationship with the Guardian and his friends is soon threatened, though, by the villain of this tale: Gaston. Determined to possess Belle, Gaston storms the castle with weapons and an army of small-minded villagers. Can Belle save the Guardian and retain the only community she’s ever felt a part of?

Fake It by Lily Seabrooke 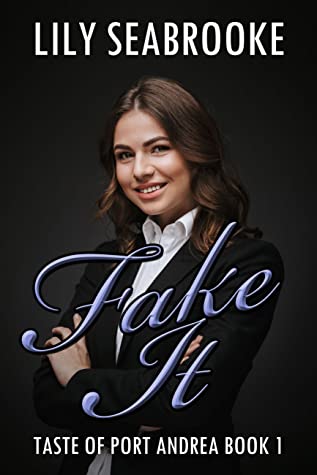 This contemporary queer romance features one of the genre’s most beloved tropes: the fake relationship. Holly is a celebrity chef whose TV show is stalling. The boost her agent thinks it needs? Throwing her lot in with new luxury restaurant owner Avery, who is stuck in a feud with her celebrity chef, Mike. If Holly can save Avery’s restaurant, Paramour, maybe it’ll save her show too. The fact that Mike is Holly’s ex-boyfriend and has had his eye on Holly’s job as the host of her series is an added bonus. Who wouldn’t want to add a little revenge to a good career move? In order to really ramp up the reality drama, Holly’s agent suggests one final thing: Avery and Holly pretend to be an item. What TV viewer wouldn’t want to tune in for this chaos? The women’s situation becomes a little more complicated when real feelings start interfering with their fake dating. Come for the sapphic romance with trans and bi representation, stay for the yummy descriptions of fancy food.

For the Love of April French by Penny Aimes 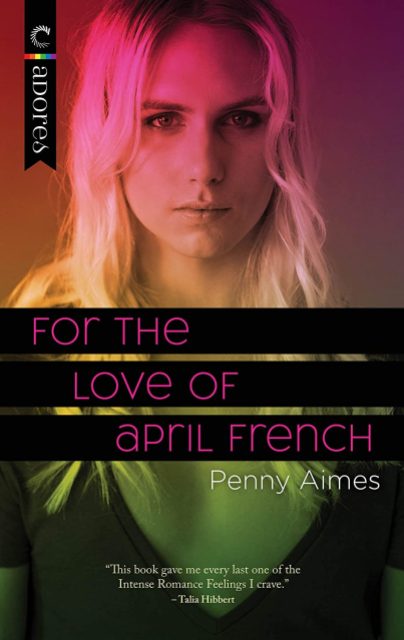 The Calyx Charm by May Peterson 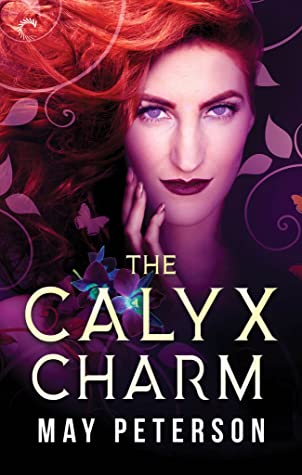 True love at the end of the world? That’s what this fantasy romance delivers, believe it or not. This series (The Calyx Charm is book three) is set in a richly realized alternate world with dense backstories of history, politics, mythology, and magical creatures. Dragons! Mages! Moon spirits! Prophecies about inevitable doom! Violetta has been hiding in the underworld, trying to prevent her power hungry father from syphoning her magic to use for his own ends. Tibario was recently dead; now reborn immortal, he has powers he doesn’t know what to do with. But you know who does? His mother, a crime lord boss whose longstanding foe and competitor is … Violetta’s family. It’s under these very Romeo and Juliet circumstances – the novel is in fact an explicit retelling – that Violetta and Tibario fall in love. They were best friends, in a past life: but Tibario only knew Violetta as Mercurio. Now that she believes Tibario is dead, she thinks she’ll never get to share her real self with him. But with a second chance at life, will Tibario risk getting in touch with his enemy and former friend?

Galaxy: The Prettiest Star by Jadzia Axelrod and Jess Taylor 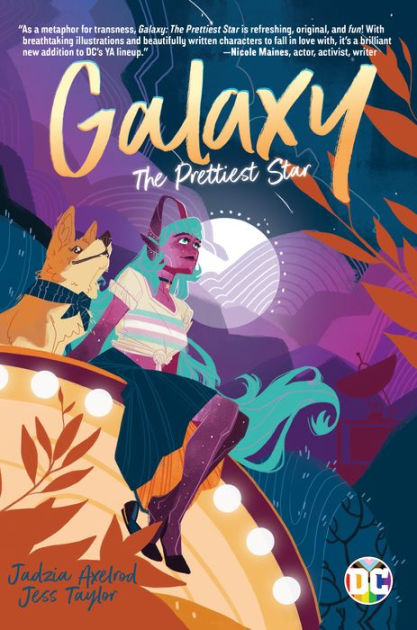 A trans teen princess in love on a foreign planet? Sign me up! Galaxy is a YA science fiction comic about an alien princess forced to live as a boy on Earth. Her alter ego, Taylor, is living what seems to be a dream life: happy family, adorable corgi, basketball star, good looks, and great grades. But she’s miserable, because Taylor is actually a war refugee from the planet Cyandii and has been hiding in a human boy disguise for six years. She’s feeling increasingly suffocated, both as the wrong species and the wrong gender. When Taylor meets Kat, a girl from Metropolis, she’s blown away by the other girl’s cool confidence and beauty. Meeting Kat makes Taylor no longer want to hide who she is, no matter what the consequences. Will Taylor take the risk to show her true self to the girl she’s falling in love with? And will doing so attract her mortal enemies from lightyears away? Featuring bright, colorful, and expressive artwork by a nonbinary artist as well as intergalactic teen words by a trans writer.

The Companion by E.E. Ottoman 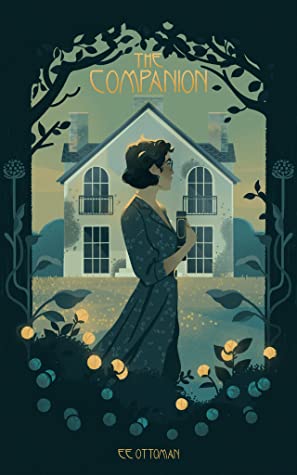 Set in Upstate York in 1949, The Companion is a polyamorous romance featuring two trans women and a trans guy. Madeline has been trying to make it in NYC’s literary scene for years. She’s exhausted. So when a friend suggests her as the companion to a reclusive bestselling author, Victor, who lives upstate, Madeline doesn’t hesitate to accept. Madeline is drawn to both the handsome, intelligent Victor as well as his neighbor Audrey, equally stunning and intriguing. Audrey and Victor, Madeline discovers, are ex-lovers. So if Madeline might be falling for both of them, is there a future for the three of them together? In this one you can look forward to lots of sexy times, as well as cozy post-war period details. Perhaps the fourth star in this romance is the sense of safety and relief these characters create together. It’s a haven away from the often hostile outer world where Madeline, Audrey, and Victor choose happiness and each other.

Through the Inferno by Jessi Noelle 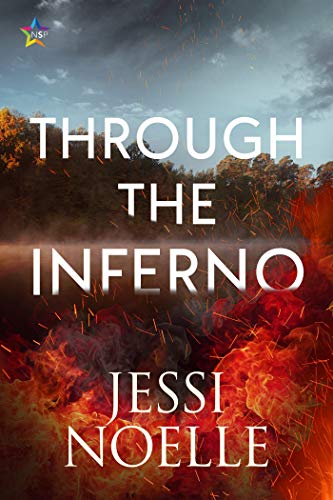 Through the Inferno is a romantic thriller, for all you readers who like a good dose of crime, adrenaline, and mystery with your romance. The hero and heroine of this story meet after Jason, a firefighter, is badly burned and injured after a burning building collapsed on him and his colleague when they were rescuing a kid. Recovering at home, Jason is assigned a nurse, Zoe. The two develop a close friendship, so close that Zoe is the only one who notices that Jason is struggling with depression. But their relationship is cut short when Zoe is sexually assaulted on a date, her trans status revealed in the aftermath when the perpetrator is caught. Jason’s transphobic mom makes sure Zoe loses her job caring for him. The two stay in touch, so Jason is horrified to learn that Zoe’s house has been torched and that she’s left town fearing for her safety. Knowing that there is an ongoing threat to Zoe, whom he now realizes could be the love of his life, Jason sets off to figure out who is out to hurt Zoe and why, before it’s too late.

Have you read any of these trans women romances? Do you have any other romances featuring trans characters to recommend? Please chime in in the comments! And if you have a question for the resident lesbrarian, comment below or send me an email at casey[at]autostraddle.com.