In this month’s Ask Your Friendly Neighborhood Lesbrarian I am featuring eight new queer Indigenous books! When I say new, I mean all of these books have been published in the last year. They include poetry, contemporary YA, science fiction, short stories, essay collections, graphic novels, and more! I am so excited about the amazing queer work being done by queer Indigenous writers that has been made more widely available recently. More please, publishing industry!

Buffalo Is the New Buffalo by Chelsea Vowel 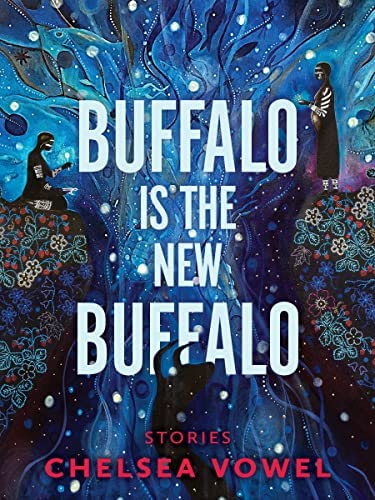 In this collection of Métis futurism, science fiction stories tackle themes of ancestral traditions, colonization and its impacts on Indigenous peoples, Indigenous resistance, and more. Looking back in order to imagine a future, the work references a common contemporary saying among Indigenous people: “education is the new buffalo.” In other words, education is the backbone of survival as buffalo historically was for Plains nations. But what, Vowel asks, if Indigenous people ensured that ancestral ways — like dependance on the buffalo — continue into the future instead of relegating them to the past? Vowel investigates this question in the book’s eight stories. In one, a Two-Spirit rougarou shapeshifts in the 19th century and becomes involved in an organization that successfully changes the future and stops Canadian colonial expansion. In others, foxes transform into humans and entangle themselves in human romance and a Métis man is gored by a radioactive bison and gains superpowers.

A Snake Falls to Earth by Darcie Little Badger 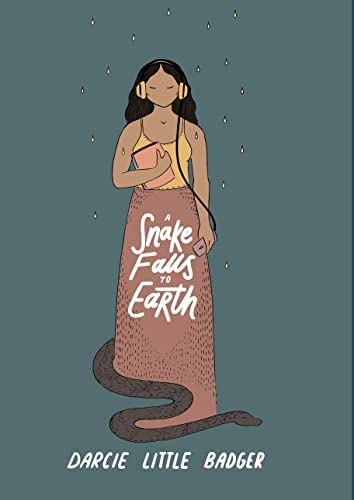 The second novel by queer/ace Lipan Apache YA author Darcie Little Badger, A Snake Falls to Earth is about an Apache girl, Nina, who lives in the mundane world but believes in the old stories. She’s in the middle of a project translating a story she recorded her great-grandmother telling. Now that her great-grandmother has passed away, she wants to investigate her claim that there is magic on her land. Nina’s world and the world of spirits and monsters are suddenly brought together by a disaster on earth. Oli, a cottonmouth shapeshifting snake from the land of spirits: meet Nina. Oli, like all of his kind, has been cast from his home. But he’s making it work living at the edge of a bottomless lake. Their stories are told in vignettes set in both worlds, in a languid, luxurious pace. Themes you can dig into in this powerful novel include: friendship, family, human-animal relationships, and identity building. Nina is asexual, by the way!

A Minor Chorus by Billy-Ray Belcourt 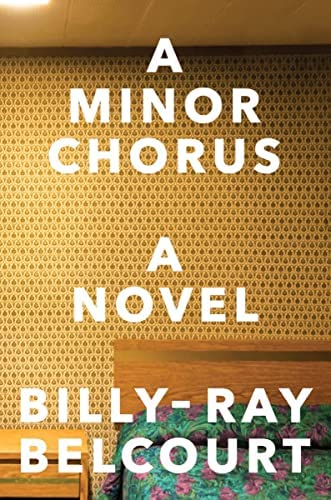 The first novel by poet and academic Billy-Ray Belcourt (Driftpile Cree Nation), A Minor Chorus is about a queer Indigenous PhD student caught between his childhood growing up on the reservation and the new world of urban academia in which he’s enmeshed. He has paused his dissertation and turned to novel writing. Unnamed throughout the book, he recounts various encounters and memories. He thinks of his cousin Jack, who is trapped in a cycle of drug use and police violence. It’s only through the work of chance that the protagonist has avoided being caught in this cycle himself. He looks at Jack’s life and sees it running parallel to his own. In the meantime, he meets with a man named Michael from his hometown, who is closeted. Michael’s loneliness as a queer Indigenous man emphasizes the marginalized position he occupies. And even for scholars lucky enough to make it to grad school like the narrator and a colleague, River, there are enormous pressures they face specifically because they’re marginalized within the academy as a microcosm of the wider world. 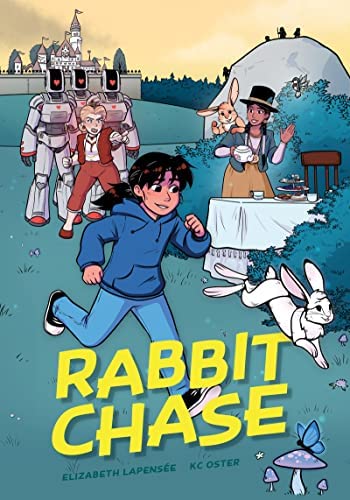 This middle grade graphic novel is a queer Anishinaabe retelling of Alice in Wonderland! The main character is Aimée, a nonbinary Anishinaabe middle schooler. One day, on a field trip, they accidentally wander off into the woods and find themselves falling into an alternate dimension where characters and figures from traditional Anishinaabe stories — as well as things like robots! — live. How is Aimée going to get back home? They team up with a trickster tasked with hunting down dark water spirits, with help from Paayehnsag, spirits known for protecting the land. As Aimée journeys through this new world, they meet new foes but also new friends. If they make it back to the mundane world, maybe they will have something to contribute to the cause of protecting land from development, which was the original reason behind the field trip. Featuring expressive, realist artwork by Ojibwe-Anishinaabe artist KC Oster and authentically tween words by Anishinaabe, Métis, and Irish writer Elizabeth LaPensée.

Ask the Brindled by No’u Revilla 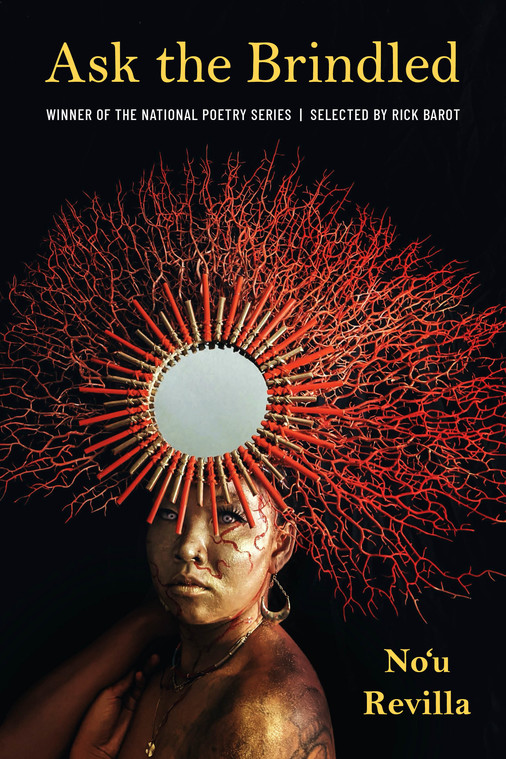 The debut poetry collection of No’u Revilla, an ʻŌiwi queer poet and educator, tackles the history of the Kingdom of Hawai’i; the stories of queer and Indigenous Hawaiians throughout time; contemporary queer life, love, and grief; and a queer Indigenous future. The collection oscillates between poetic forms, including sonnets and “Erasure triptychs,” a form where Revilla omits words from a found text but also comments on what has been removed. Throughout the poems a shapeshifting figure, mo’o, is woven. Mo’o is a water protector, lizard, woman, and deity; also, though, mo’o is a story, tradition, or legend, and it can, as per the collection’s title, be “Brindled, of the skin, markings on those who feed and protect.” Revilla writes for and about queer Indigenous women today, whose stories and baskets she asserts are “still sacred.” But she also calls out to the queer Indigenous daughters of the future: “the ea of enough is our daughters / our daughters need to believe they are enough.” She looks back to her grandmother, whose advice to hold knives in her hair she follows, “the way my grandmother—not god— / the way my grandmother intended.” Writing from her moment in the present day, she also looks backward and forward to weave an emotionally resonant book that creates new Indigenous artistry while condemning colonialism. 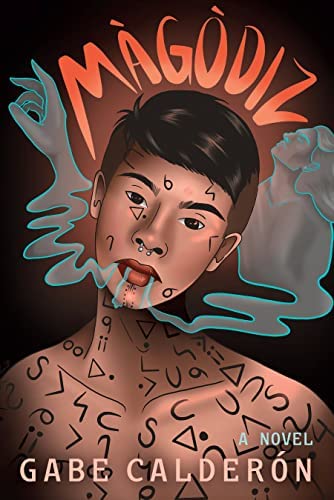 In the Algonquin dialect of Anishinaabe, màgòdiz means a “person who refuses allegiance to, resists, or rises in arms against the government or ruler of their country.” The novel, of course, features many characters who fit this description, resisting the dire circumstances in a post-apocalyptic world where evil Enforcers, ruled by a spiritual entity intent on subjugating humanity, are the only people left with any power. No one can read or write, lacking both tools and knowledge. This story is a queer, disabled, and Indigenous twist on the classic fantasy quest narrative, with a ragtag group of heroes — a storyteller, a healer, a firekeeper, an engineer, and a warrior — leading the resistance. If they can stay alive and combine their ancestral strengths, they may be able to send the evil away for good. Calderon’s dystopian world is an astute take on today’s climate crisis, as well as a warning about the loss of knowledge traditions and the importance of transferring information from one generation to the next.

Making Love with the Land by Joshua Whitehead 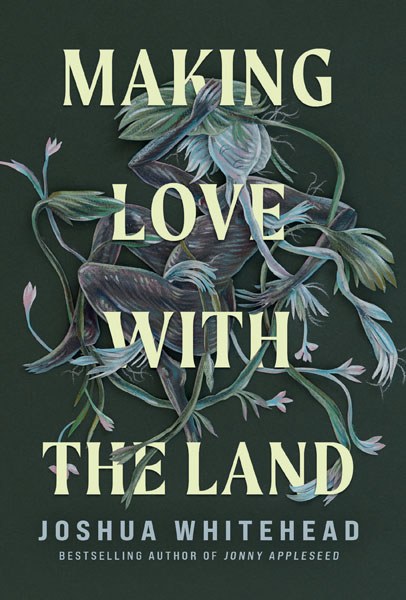 Joshua Whitehead, a Two-Spirit, Oji-nêhiyaw writer and member of the Peguis First Nation, recently published his first book of nonfiction. A collection of hybrid essays / memoir / confessions / notes, the book tackles concepts of the body, language, and the land. Using a new form of storytelling he calls “biostory,” he crafts sovereign narratives beyond genre rooted in the Indigenous body, its joys, pain, beauty, and trauma. Topics include mental health, heartbreak, sexual assault, the pandemic, relations with kin, responsibility to the land, rediscovering old ways of being, and more. While exploring these themes, he often hones in on small pieces of language, exploding them for meaning. For example, in the essay “Joshua Tree,” he writes that the word “ex” is “a signifier that [he] didn’t want to attribute to a relationship, a disgusting word with its colonial sentiment of ownership, its finality.” If you’re a fan of his novel Jonny Appleseed, like I am, one of the pieces also contains a behind the scenes peek at creating that character!

The Summer of Bitter and Sweet by Jen Ferguson 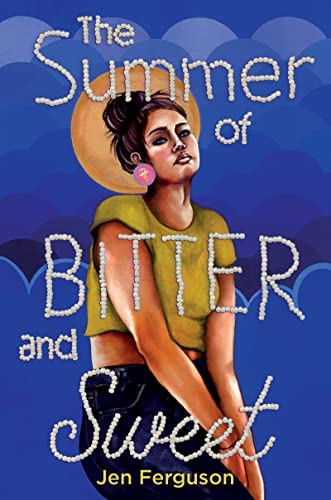 This debut YA contemporary novel by Jen Ferguson (Métis and Canadian settler) is a powerful story that lives up to the contrasting tastes of sweet and bitter in its title. The protagonist Lou(isa) is facing a complicated post-grade 12 summer in her small prairie town. She’s set to work in her family’s ice cream shack business, but her co-worker is her newly ex-boyfriend. That relationship was toxic and coercive, leaving Lou feeling hurt and confused. On top of that, she receives a letter from her biological dad, who has been released from prison and wants to meet her. Lou can’t think of anything she wants less. A good surprise, though, is the arrival of King, Lou’s old best friend who left their town three years ago without explanation. Through exploring herself and a burgeoning romance with King, Lou learns about ace and demisexual identities, boundaries, and intimacy. This is the kind of YA book that feels like it’s about real teenagers who don’t have things figured out, don’t have answers, and are just exploring who they might want to be.

Do you have any favorite queer Indigenous books? Please share them in the comments!