We hold these truths to be self-evident: that misogyny and homophobia are interdependent, that the gender essentialism that makes a patriarchal culture uncomfortable when women do anything besides express a desire to bear and raise children is the same thing that causes a basic abhorrence of queer identity or love, that gay women are in a unique position to experience both these forces in every aspect of their lives. The ways these truths manifest themselves are almost endless: the fact that I was rewarded for playing boy’s sports when I was a girl but my brother was punished for wanting to get an ear piercing, the fact that my lesbian friend was given a dozen sundresses by her mother the day after she came out, the fact that a huge portion of violence against queers is directed at trans and genderqueer people, even though they make up a 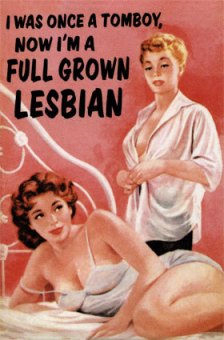 Yesterday Jezebel published an essay on yet another facet of this cultural death wish gift that keeps on giving: the patronizing and insulting “compliment” of “You’re just like a guy!” given to a woman when she embodies traditionally male characteristics and is thus better than other, “girly” women. Just like so many other things – lucky us! – this is an experience that many queer women, I feel, are well versed in. I mean, does this sound familiar?

I don’t present myself as physically masculine; I wear my hair long and have a closet full of dresses and could probably run a 5K in heels if the situation arose. Granted, I like some “man” things; for example, my love of organized professional sports and my affinity for foul language and sex jokes are well documented, but in this day and age, are those behaviors really masculine or all that unique? One need only to peruse the comments on this very website to glean that women enjoy sports, swearing, and raunch in large numbers and yet have managed to avoid spontaneously sprouting penises. (@jezebel)

Given the shift in context, I’m going to guess that quite a few of the people reading this do in fact present themselves as fairly physically “masculine,” but I don’t think that makes this attitude any less annoying, especially insofar as it almost defines our perspectives on one another’s sexual habits and work. Female CEOs or ladykillers like Shane are “like a guy,” as if sexual prowess or economic success are exclusively male achievements.

Nor does having a “masculine” appearance mitigate the gut reaction the author says she feels when being told “You’re like a dude friend to me!”: “They all seem to mean for it to be complimentary, but when I hear “you’re like a guy,” from a man, I hear a subtext of “Women are not as good as men and you are not like women, so congratulations! Here is my admiration!” 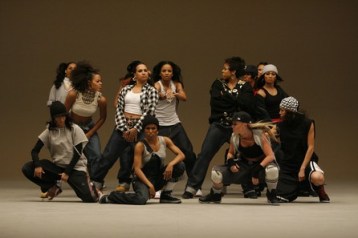 There is a virtually endless Pandora’s box of ways this has cropped up for probably all of us and 4,230 different nuances in how infuriating it can be. I personally particularly identify with her assertion that being able to employ logic or debate something intelligently apparently negates your gender – I’ve been resigned since teenagerhood to being “the smart one” instead of “the pretty one” or “the cool one” or, you know, having more than one personality characteristic, but it was pretty awful to realize that being or acting intelligent actually set me apart from the entire rest of my gender.

What this article doesn’t explicitly point out, but which I would like to, is that while this behavior can seem vaguely annoying but harmless, it’s the flip side of what boys and men are put through if they exhibit any behaviors that might ever be construed as “feminine.” Your being clapped on the back for enjoying Always Sunny is the same thing as a man being laughed at for having read The Color Purple, or for having a genuine emotion, or for God help him actually being gay or genderqueer or for rocking a really nice scarf. The sentiment we experience is insulting – but it’s also dangerous. Gender essentialism where everything “masculine” is essentially good and everything “feminine” is essentially stupid and bad has ended lives, still is, through violence or through a gradual eroding of the soul that ends in suicide.

So! Thoughts? Feelings? Did anyone watch a sporting event on the teevee that they need to talk about? Is it still hockey season? TALK TO ME.
.