There isn’t a woman anywhere who’s been surprised by the ubiquity of the #MeToo movement on twitter over the last couple weeks. Women and other people used the hashtag to show solidarity with each other and say that they, too, have been sexually assaulted. A Black woman named Tarana Burke came up with the “Me Too”movement ten years ago, and then recently Alyssa Milano brought it back up (and unfortunately was given credit instead of Burke) and people on twitter started to spread it like wildfire. This hashtag has meant a lot to a lot of women; at the same time, it brought up a lot of pain for many more. I can’t even count the number of women and non-binary folks I know who had to take a few days off of Twitter when the hashtag was at its height. On The Nib, four cartoonists got together to make short comics showing how the hashtag hasn’t been helpful for all victims of sexual assault and harassment. 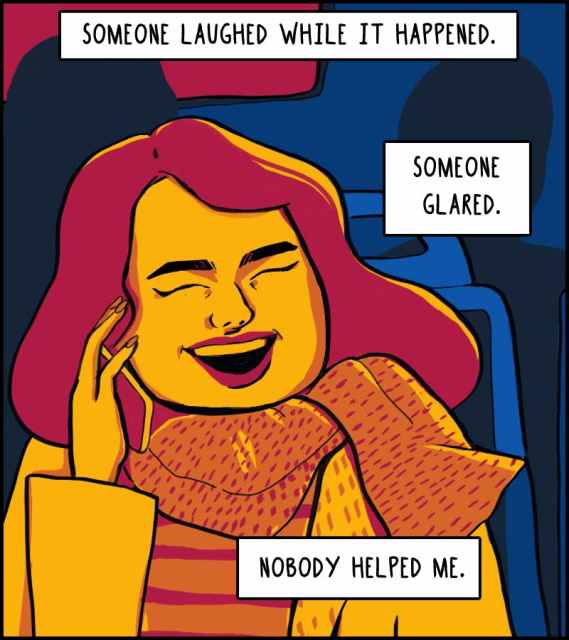 All of these comics are painful. Angelica Frausto’s comic speaks to the frustration of people performing rage and allyship online while no one did anything to stop her actual public sexual assault. It’s hard to read. She asks where all the “me toos” were then — where were the allies who would retweet all those tweets?

When Shing Yin Khor talks about how she has finally been able to get past her assault and she’s built up walls to block out the terror afflicted upon her, I cried. She had to work hard to get where she is, and doesn’t want to remember the details of what happened to her. This is a thing that I saw a lot of people say, and something I thought about too. It’s so hard to see everyone saying Me Too when you don’t want to think about how it’s true about you too. 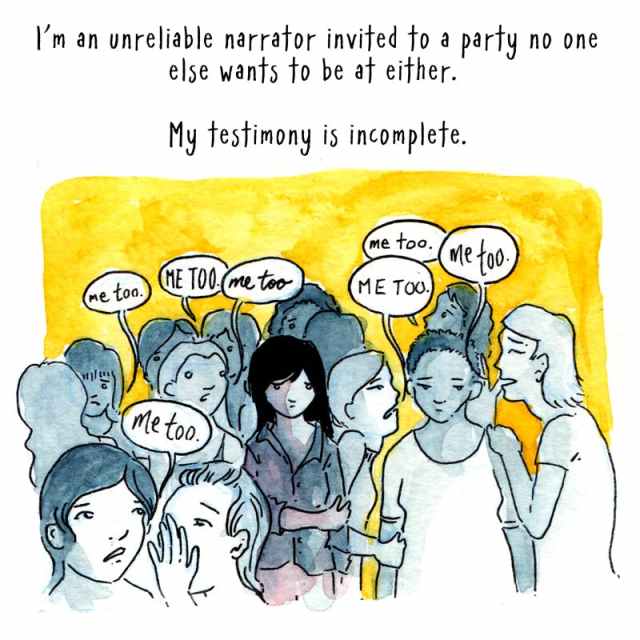 Amanda Scurti brings up another hard truth about the hashtag: none of this is new. None of this should be news. We shouldn’t need this hashtag to tell men to stop assaulting us. We shouldn’t need this hashtag to wake us up. Honestly, it’s garbage that it takes all this for men to finally step up — if they’re ever going to do that after the hashtag is over. She asks if this is all just performative, why allies aren’t doing more. She asks why they haven’t been doing more all along. 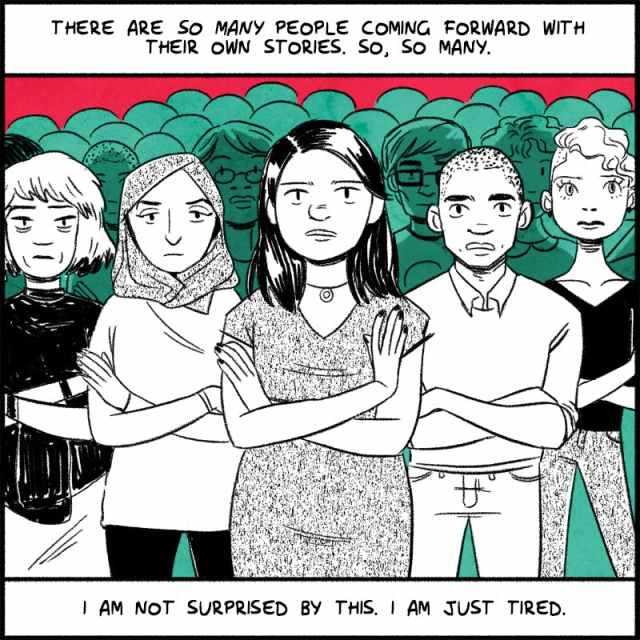 The final comic is written by trans man Jay Edidin and illustrated by Dylan Meconis. Trans men face horrifically high levels of sexual assault, often times by men who are trying to “fix” them. In the comic Edidin says talks about his experiences with the hashtag as a trans man, which is a valid position to bring up, but he then says “It doesn’t matter that I don’t have access to male privilege,” which as a man, he definitely does. Edidin shines an important light and I’m glad this comic was included. I would also have loved to see a comic by a trans woman as trans women are also sexually assaulted at alarming rates, are told to keep our assaults secret, and are women who’s voices often get erased in dialogues like these.