Andrea Gibson’s words move me in a way I find difficult to describe. As a wordsmith myself I’m not often at a loss for letters and syllables to articulate my emotions, but Andrea knocks the wind out of me with poems filled with clever wordplay, honest confessions and sharp truths. I spent most of the winter listening to Flower Boy, Andrea’s most recent full-length album, on my commute to work, which means I spent most of the winter crying on the M train from Brooklyn to Manhattan. I never felt embarrassed, even though it’s supposed to be embarrassing to cry in public in New York City, because I just sort of felt like, what else are you supposed to do when you listen to Andrea Gibson’s poetry? How can a body ingest that much honesty and not react?

Writing an introduction about Andrea Gibson for the Autostraddle community feels a little bit silly, like telling you that Shane is sexy or that intersectionality is essential, ya know? Andrea has been speaking our feelings and telling the truth through spoken word poetry since 2000 and has been an outspoken activist for just as long. With five full-length albums (Bullets and Windchimes, Swarm, When the Bough Breaks, Yellowbird, and Flower Boy), four self-published books (Trees that Grow in Cemeteries, Yellow Bird, What the Yarn Knows of Sweaters, and Pole Dancing to Gospel Hymns) and two books published by Write Bloody Publishing (Pole Dancing to Gospel Hymns, The Madness Vase), there’s a lot of material to love when it comes to Andrea Gibson. I love all of it, and I know I’m not alone. The sold out shows I’ve attended, the gratitude I’ve seen when fans meet Andrea in person and the outpouring of love and admiration evident on Tumblr are testaments to how much Andrea Gibson’s words mean to our community.

We told you all about our personal Andrea Gibson Feelings during Autostraddle Pure Poetry Week back in February 2011, and now, two years later, we’re gifting you The Andrea Gibson Autostraddle Interview, just in time to celebrate National Poetry Month. Thank you, Andrea, for your words. 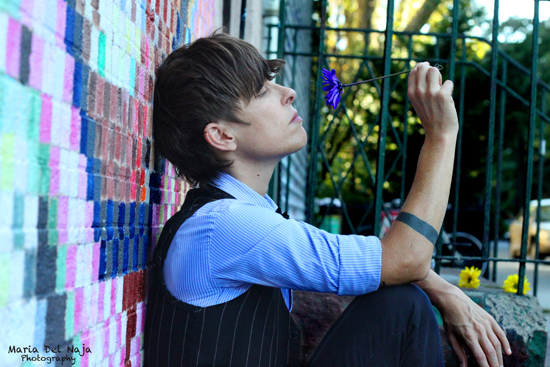 Why do you write poems?

Do you have a routine when you write a poem?

I have a difficult time writing on the road, but when I’m home I’m pretty consistent. I wake up, make tea, and start writing. For me that looks like running around my house yelling at the walls, whispering at the kitchen table, running the emotion through my body until it turns into sound, and then lastly words. Words are the last thing that come to me in writing a poem. If someone were to walk into my writing process I think they would think it was quite a hilarious sight.

How do you motivate yourself when you really don’t want to write?

I can get easily motivated by reading poems by other poets. It’s rare for me to read a poem and not want to write.

Do you have any writing advice you wouldn’t mind sharing with us?

I think it’s important to commit to writing consistently, to not wait to be struck by the mood. Also I think paying close attention to art you love and don’t love, and noticing why you love it and don’t love it, is imperative to uncovering your own voice… Just the noticing of what moves you, and asking yourself why. 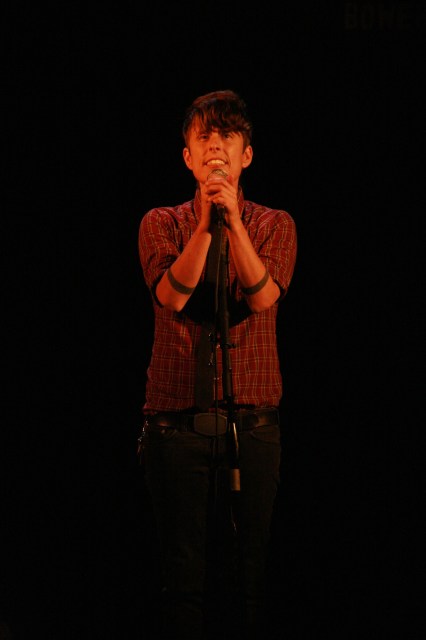 How do you interact with your older poems? Is it strange to go back and read what you once felt if you’re no longer feeling that way?

Great question. First, I don’t ever read a poem I’m not feeling. Each night I plan a set list I have to tap into myself and figure out what I am capable of reading authentically and with my whole present self. In terms of how I feel about older poems, some I still really identify with, some I don’t, and some, truthfully, I regret having ever written. Our politics change over time. Our minds and hearts change over time. Some of what I thought was okay to say a decade ago is not what I think is okay to say today.

Cherry Grrl interviewed you in October 2008 and when they asked what inspires you to write you said:

Can you tell us some of the things that are keeping you up awake at night these days? Or things that are making you want to move to Canada? I’m Canadian but I live in New York so I threaten this on a fairly regular basis.

Lately I’ve been kept up by Steubenville. I can’t bare this world’s treatment of women. As for what makes me want to move to Canada, I’ve been spending a lot of time lately talking with my community about bullying, and how to change the system that educates teachers, and how to make schools safe. I was in Toronto a couple of weeks ago and was blown away by how much further ahead they are in this realm.

That interview was from before Obama was elected in 2008 but you alluded to feeling hopeful about him and his vision. Now he’s been elected twice! Have your feelings about him stayed the same or shifted?

I have a lot of friends who voted green party in the last election. My political community tends to lean far left and while I’m relieved as hell that Romney is not president, I’m not thrilled with many of the decisions President Obama has made while in office. I believe we need a radical shift in culture to heal the planet. 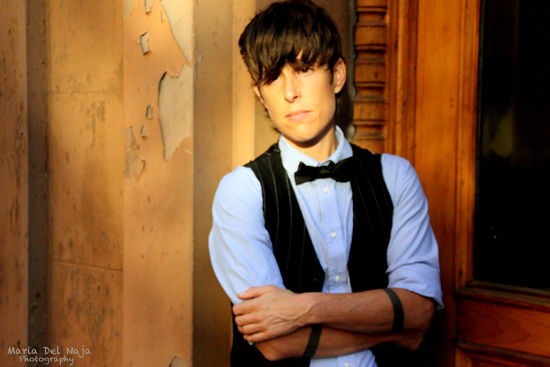 What gives you hope these days?

You are an activist as well as a poet. Do you view these as separate identities or are they connected?

Poet Lauren Zuniga intros a poem in one of her books by saying, “Art can and should be activism.” I agree. In a culture of lies, I think speaking the truth can be a revolutionary act. That said, there is more to do than write poems. I discovered my voice as a poet within activist communities in Colorado. My first poems were essentially rally cries. I was working with a group called Vox Feminista. Vox’s motto is “to comfort the disturbed and disturb the comfortable.” I think we need to be doing that on the stage and on the streets. For every performance Vox does, they do several actions. The first action I ever participated in was a peace march near the military base in Colorado Springs, Colorado. When they started throwing tear gas there was a 5-year-old girl beside me. I will never forget the look on her face. That face is in almost every poem I’ve ever written.

One of my favorite poems you’ve written is “Class,” on Flower Boy. I particularly love how you talk about the people you’ve met later in life, the ones who don’t even realize what privilege they have discussing certain topics. Can you talk more about that specific kind of privilege, how it exists in different communities, and how we can all confront it and deal with it so we’re not alienating the people we would like to help?

I love that that’s one of your favorite poems. That poem is really close to my heart. I perform at a lot of universities and it’s always important to me to acknowledge out loud the privilege of a college education. When I left home I was anxious to get away from what I at the time called “backwards thinking.” It took me years of growing and learning to begin to understand my own history and to begin to see how my own classism had been littering my heart as well as my early writing. “Class” is a poem the celebrates the community and family that raised and loved me.

Who are your favorite writers and poets?

What is your favorite thing about performing your poems?

The kind kind faces in the audience. The reminder that I am not alone.

And your least favorite?

Do fans ever bring you weird things to your shows?

People bring a lot of really sweet things to shows. Once after a show, a woman gave me a broken ring. She said, “It broke during the show because I was clapping so hard.”

What can we expect to see from you next?

Something very very exciting! In the next couple of months I will be launching a site with my good friend Kelsey Gibb, devoted to helping young people stay alive. It’s called “STAY HERE WITH ME.” We’ve been working hard for months to prepare for it’s launch and it’s almost ready! 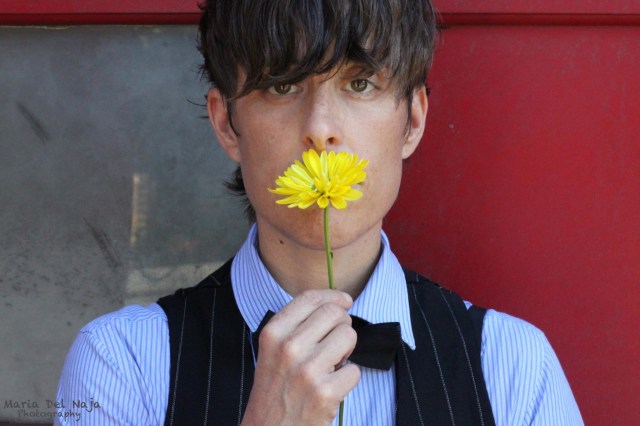 Andrea Gibson has a lot of shows coming up — see if one is happening near you.

Vanessa has written 372 articles for us.