If you came to A-Camp 2016, you probably remember going to a queer music history workshop hosted by Sean Desiree or being crooned to by them on stage under their stage name bell’s roar. When performing live, their music combines acoustic instruments with pre-recorded elements for an experience that can only be described as black queer magic. And this year, Sean is full of magic. Their first full length album is out, and on top of that, they’re planning a tour that will highlight queer and trans musicians of color.

I talked with Sean on the phone about the Art Funds Art Tour and how they came up with this fan supported model. “It’s been a few years coming,” they said, “It started from my own struggles as an artist… not having financial support to finish projects. If I’m struggling, then others probably are too and I wanted to know how I can use my music to support and deal with that [financial] gap for other artists.”

Through a crowdfunding model, the Art Funds Art Tour seeks to offer artist grants to upcoming queer and trans musicians of color. Anyone can donate to the tour via an online portal. Those donations will help Sean to travel to nine cities from Albany, NY to Atlanta, GA, and will provide local artists who identify as queer and trans people of color in each of the cities with a $500 grant. Artists apply for the grant with Sean and a few other musicians as the jury; in addition to the nine artists receiving a $500 grant, there will be an opportunity for two queer and trans people of color to perform at a concert alongside bell’s roar. Each of those artists will receive a $250 stipend for performing. 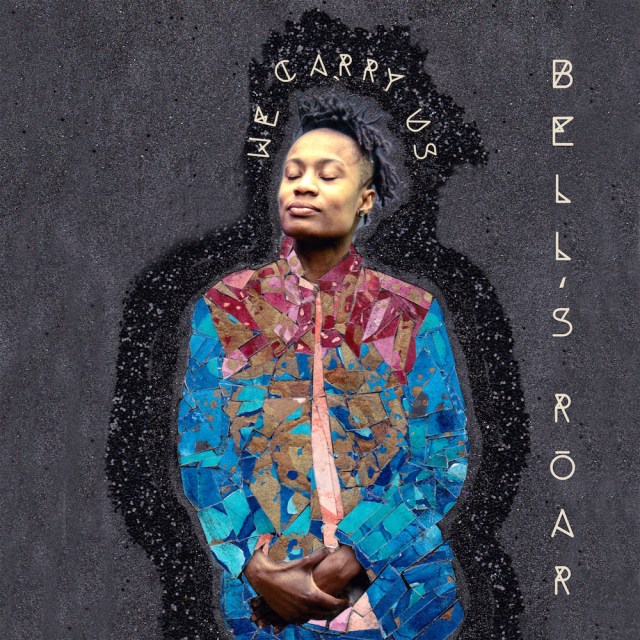 Cover image for bell’s roar’s album “We Carry Us”

The goal is to put money back into local artistic communities in the hands of queer and trans people of color. “What makes me happy is performing with other QTPOC. It’s a blessing,” Sean told me. This tour is the embodiment of that. In addition to crowdfunding, they’re touring to cities that already have thriving QTPOC music scenes and partnering with folks and organizations who plan parties and events in order for each concert to holistically involve members of the communities it will benefit.

Sean seemed excited to talk about their new album that’s on the horizon. This will be their first full length album, after two previous EPs. It’s ten songs and fully funded without the help of a label. “I like to do everything myself,” Sean said. “I taught myself how to use Logic, and I play all the instruments except saxophone.” Each track is symbolizing something different, and like the community Sean’s envisioning, they each tell a story and support one another in order to survive. Each of the elements adds diversity to the sound of the album as a whole.

In addition to the album, bell’s roar released a music video for the single, “We Carry Us.” Together, the song and video tell a story of intimacy, affection, and love; of, “Friends loving each other and a healthy support system.” The video was directed by Sean, filmed by a friend, and features many other friends. We’re lucky to be able to premiere the video for “We Carry Us” here on Autostraddle where you can watch it below. If you love it (and you will!), head over to Bandcamp to purchase the single.

In thinking about the success of this album and this tour, Sean emphasized over and over that it’s a community effort that can’t happen without community support. This means donations if you can, but it also means sharing about the tour with friends and family. Be proactive; if you know an artist who should apply, send them the link; if you’ve got a venue that could use some queer of color magic, offer up a space! This is an exciting new model for new ways of creating and sustaining art as queer folks, and one that we should all get behind.