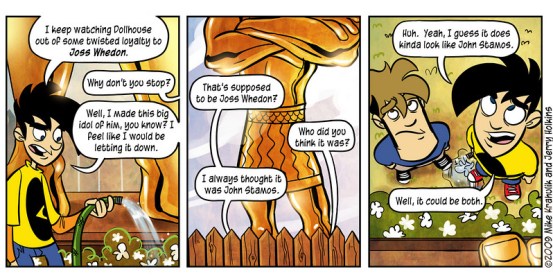 Hey weirdos! Dollhouse ended this past Friday and I am all torn up about it for a few reasons, mostly because the finale introduced some pretty amazing elements that really really SHOULD have been thrown into the mix at the beginning of the season. This mistake provides yet more evidence for what I like to call “The Whedon Effect.“ 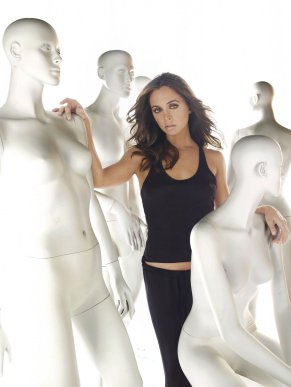 The Whedon Effect: n. When Joss Whedon creates a television series loaded with potential then spends so much time building up to a big spectacular climax (see: Buffy The Vampire Slayer series finale) that the show gets canceled due to the appearance that the show is not going anywhere before viewers get to see the aforementioned big spectacular climax (see: Firefly, Dollhouse).

I have a lot of feelings about The Whedon Effect. I fully believe that if Buffy had been written in the last couple of years, it would not have lasted seven seasons like it did in the mid-late nineties. Why? Back then, Whedon had the time to spend several seasons creating a whole world and fleshing out a large cast of characters because there was no other show like it on television, no competition. Much like Firefly, Dollhouse had the misfortune of competing with a whole score of quickly paced sci-fi/fantasy shows (ie: Smallville, which actually out-rated Dollhouse on Friday) against which his amazing but extremely slow moving story arcs couldn’t match up to as far as ratings go.

*Spoiler Alert, from here on out!* The finale picked up where Epitaph One (end of Season 1) left off: Zone (Zach Ward) and Mag (Felicia Day!!!) have imprinted a child (Adair Tishler) with Caroline’s personality (as per Whiskey’s directions) so she can lead them to Safe Haven aka where all the cool people are at (Dewett, Priya, Priya and Victor’s adorbs son).

Things That Win re: Epitaph Two; a.k.a. Reasons I Love Joss Whedon: 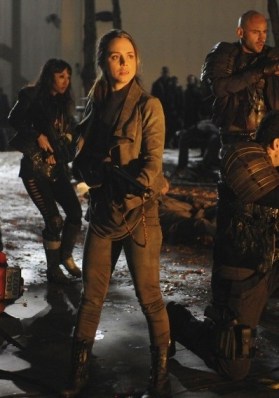 + Welcome to Thunderdome: Can I just say I am a total sucker for this post-apocalyptic Mad Max type shit? Who’s with me?

+ Buffet Line of Bods: This whole lets-line-up-the-shirtless-boys-and-I’ll-pick-one-to-live-in thing that Mr. Harding has going on calls to mind human trafficking and is extremely disturbing but is also a great plot device: naturally, it would have been great if the possibility of the emergence of such an industry had been examined more while the show was actually on, but it was great to get a glimpse of just how out of control the tech has gotten amongst the rich and powerful.

+ Flash Drive Skillz: I love Victor/Tony’s (Enver Gjokaj) little posse of Tech Heads! They look straight out of Road Warrior and they carry their skills around on USB Drives which they wear ’round their necks, you guys! I love lanyards. See how the Little Asian One (Maurissa Tancharoen) implies that she saves “Mercy” onto one drive in order to make room in her head to load up “Weapons Expert” from another drive without losing her mind? How great is that?

+ Speaking of the Little Asian One…: Felicia Day Mag thinks she is cute. ’nuff said.

+ Family Matters: I loved the Priya (Dichen Lachman)-Tony-Little Tony dynamic (again, I wish it had been explored more when it actually mattered). Did anyone else cry when Tony gave up the tech and Priya was all, “hey, this badass-looking dude is your dad”?

+ The Girl Can Act: I am a fan of Eliza Dushku. HOWEVS, over the course of Season 2 I began to think she just plain does not have what it takes to be the leading lady of a television series. Imagine my surprise when the scene where she grieves/has a huge meltdown over Paul’s death turns out to be one of the best scenes of the whole series.

+ Fran Can: Topher (Fran Kranz) was spot on as the guy who’s gone off the deep end, and it was interesting and cute to see DeWitt (Olivia Williams) in a maternal/nurturing sort of role while she looked after him and shut down anyone who made fun of his crazy-person talk.

+ And then Alpha Came Back for a Second: Isn’t Allan Tudyk just the sweetest thing? 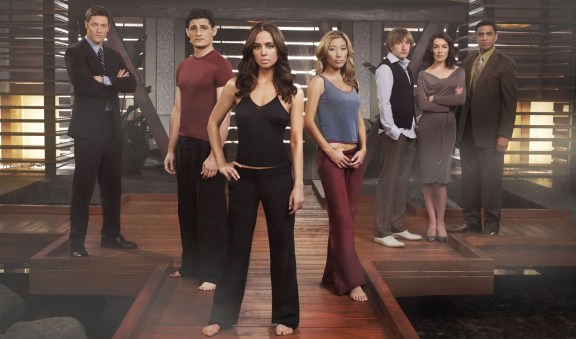 Things That Fail re: Epitaph Two; aka Really, Joss, Really?

+ Failure to include any of the above mentioned GOOD things until the last episode of the whole series.

+ “Do I have to upload that to your brain myself?”: The tech lingo got a little bit much, and also the naming of Rossum’s former HQ to “Neuropolis” is more than a little bit cheese.

+ Seeing Felicia Day get shot in the legs is the worst thing that has ever happened to me. Okay, maybe not, but it was definitely a little bit traumatizing. 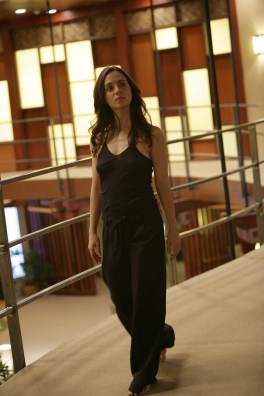 +Parting Gift: Before Alpha leaves out of his concern that Topher’s pulse bomb thing (which will restore everyone to their original selves) might just make him crazy again, he leaves Echo a hard copy of Paul’s personality. Paul, who is her dead not-boyfriend, was just relieved of duty via a bullet to the brain. Naturally, the thing to do is dump him into her brain with the dozens of others she’s got hanging out up there. Does anyone else thing this is kind of uhm disturbing? Would anyone want their dead partner living their head? I don’t think so.

All in all, Dollhouse ended in typical Whedon fashion: a couple people you like die, some loose ends are tied up, but overall it’s a pretty open-ended wrap-up which will cause comic-book and movie rumors to start flying.

As a loyal Whedon fan, I will keep my eyes peeled for any and all of his upcoming projects and continue to hope against hope that he dismantles my Whedon Effect theory next time around.