This piece was inspired by Whitney’s powerful essay about her estrangement from her family. Like her, my parents and I are no longer in contact with each other.  It’s been nearly a year and a half since my father formally disowned me in a letter- you can read the response I wrote at the time on my WordPress blog.

I’ve been meaning to write the piece for weeks. It’s been on my do list: change birth certificate, make dentist appointment, write disowning piece. But every time I sat down to write it, I struggled to get the words out. I recently realized that I had been carrying a copy of my father’s letter in my purse for months. I read it one final time, and then tore it up- it was finally time to get through this.

The queer experience isn’t always just rainbows, unicorns, and glitter- sometimes it’s full of heartbreak and disappointment as well. Parental rejection, or at least the fear of it, is something nearly all of us can relate to. I believe that it’s important to acknowledge the setbacks I’ve gone through in order to fully appreciate and embrace the joy that comes from living life authentically. 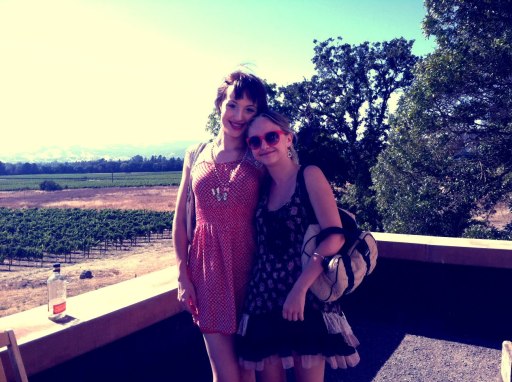 My girlfriend and I earlier this month

“I’m sure they’ll come around eventually- maybe you just need to give them more time. Don’t give up hope!” This is what people usually say when they find out that my parents disowned me last year for coming out as trans*. It often follows some variation of “Where are you from, Alabama?” (I grew up in Seattle.) And every time, I smile and respond with a “Maybe you’re right, but I wouldn’t count on it. And either way, I’m so much happier now that I’m no longer living a lie. I don’t let it bother me.”

But the truth is that it does bother me that my parents are pretending that I’m dead—probably more than I’ve been willing to admit. For months I told myself that I didn’t care, that I was glad to be free of the burden of trying to live up to parental expectations. I reminded myself of how privileged my experience of transition has been—who was I to complain when I didn’t have to deal with the transphobia and discrimination that I often write about? But by refusing to acknowledge the scars of rejection, I didn’t allow myself to heal from them. That’s what part of this piece is about—sharing the pain that I’ve kept bottled up for far too long, while also affirming that even if transitioning cost me my relationship with my parents, I’d still do it again in a heartbeat.

A little background for those of you who don’t know my story: I’ve known that I was really a girl for as long as I can remember, but I didn’t work up the courage to tell anyone until was 23. I had a very gendered upbringing—my parents made it clear early on that boys behaved one way and girls another and that those lines were not to be crossed. I felt scared and ashamed knowing that my parents likely wouldn’t accept the real me, so I tried as hard as I could to meet their expectations of masculinity. 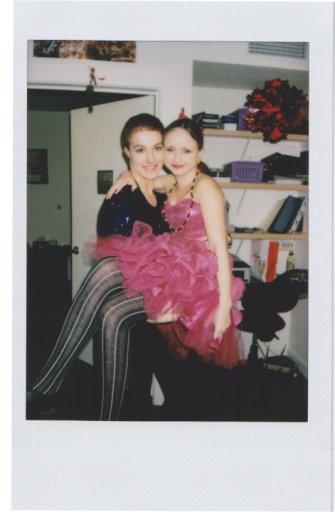 Being a closeted trans* person is exhausting. It’s like being cast in the wrong role of a seemingly never-ending stage play, and the longer it goes on, the harder it gets to not slip out of character. By the time I was a teenager, I had acquired a small collection of makeup and clothing, and I began dressing when I had the house to myself. These precious hours of authenticity were always punctured by an overwhelming sense of shame as the time came to wash off the makeup and hide my clothes before my parents got home. I was terrified of getting caught, and my mind always raced as I heard their car pull into the driveway. Did I wipe off all the mascara? Did I forget that skirt in the living room? Should I run downstairs and check? What do I tell them when they ask what I’ve been doing all day?

My parents never caught me, although a part of me secretly wished that they would so I wouldn’t have to hide anymore. They didn’t actually mean those things about not loving a queer child, right? They might be upset at first, but they’d try to help me. They’d understand that I didn’t choose to be this way.

Fast-forward to February 2011. I’ve been out to my girlfriend and a few close friends for a couple months and I’m about to start hormones and transition at work. But first I needed to do the one thing that I had feared since kindergarten: I had to tell my parents the truth. I wrote them a letter explaining how the dysphoria I had been silently dealing with for years had become unbearable, dropped the envelope in the mailbox, and hoped for the best. 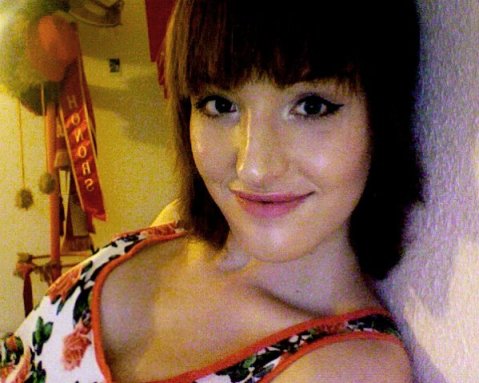 my parents don’t want to know me as female- but i couldn’t pretend to be a boy again if you paid me!

My mother always wanted a daughter. I remember as a small child she sometimes let me braid her hair, and she would tell me how she would have named me Annika. When I came out, I didn’t expect a very good reaction from my father, but I that my mother might be more accepting—maybe even happy to learn that the daughter she always wanted had been here all along.

Things didn’t turn out quite as well as I had hoped. After reading the letter, my parents quickly progressed from shock to disbelief to grief and disgust. I tried to send them resources for parents of trans* children, but when it became clear that I was serious about transitioning, they cut off all contact. I received a formal disowning letter in March 2011, in which my father warned that my life as a trans girl would be “bleak with much unhappiness.” He told me that he didn’t want to know me as female, and that I should change my last name and only contact him if I “decided to be a boy again.” Anyone who’s met me as Annika knows that that’s never going to happen.

Despite this, transitioning was the best decision I have ever made, and my only regret was waiting as long as I did to take the plunge. Literally everything is better now that I’m not longer hiding who I really am. I connect with my girlfriend on a much deeper level than I did before. I’ve been able to meet so many extraordinary people, and I easily have ten times as many friends as I did a few years ago. Even music and food are better! I no longer feel this nagging sense of despair about the future.

Spot the forced smile from the genuine one

But something is still missing. I notice it every time a coworker goes home for the weekend or when a friend introduces me to their parents. Whenever I read a story about a gender-variant child and a proud, supportive parent, I can’t help but feel a little jealousy, along with excitement for the next generation of trans* people. Sometimes it hits me out of nowhere, and I start to wonder what about me was so easily discardable. I have so many unanswered questions. What name and pronouns do my parents use for me? What do they say when an old friend asks them about their children? Does either of them regret the way they reacted to my coming out? Do they read my blogs? Do they even talk about me at all?

My brother recently posted a picture of my parents on Facebook, and as I looked at their faces, it struck me that they have no idea who the daughter they raised for 18 years is, nor do they want to know. They don’t know what my passions are or what clothes I like to wear or even what my voice sounds like. How is it that these people, who are essentially strangers, continue to have an impact on my emotional well-being?

And the answer is that a part of me is still a scared little closeted trans girl who just wants to braid her mother’s hair and be loved for who she really is.