So, to recap: the Australian State of Queensland recently had a change of government from the marginally left-wing Labor Party, led by Anna Bligh, to the right-wing Liberal National Party, led by Campbell Newman. (Note that in Australia, “liberal” refers to economic liberalism rather than social liberalism, which is why the parties sound backwards to American ears.) The Newman government has a crazy majority right now; the Labor Party currently doesn’t even hold enough seats to form a minority government. And the Liberal National party seem to have taken this as a mandate to tread on the rights of those who it deems undeserving of them, including Queensland’s LGBTQI citizens.

The Queensland legislature has voted to strip down civil unions to something akin to registering your pets; couples can no longer even have a “state-sanctioned declaration ceremony.” Planned legislation would make it so only people who are in a heterosexual partnership of more than two years could use altruistic surrogacy to have children. Both are unconscionable attacks on queer families, but another action of the Queensland government has more immediate results. Queensland’s government health organisation, led by health minister Lawrence Springborg, has removed funding for the Queensland Association for Healthy Communities(QAHC), which supports LGBTQI health throughout the State. 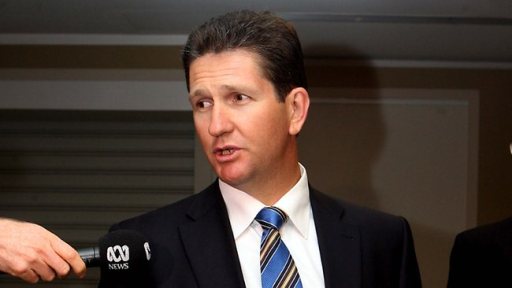 QAHC started its life in 1984 as the Queensland AIDS Council. As poor health outcomes throughout the LGBTQI community were recognized, the organization changed its name and widened its scope (like many of the former AIDS Councils around Australia). Today QAHC provides HIV/AIDS prevention and services, drug and alcohol abuse counseling, support for LGBTQI Indigenous Australians, and a visiting group for LGBTQI seniors. Many of these programs are subsidized by grants, including two from Queensland Health, one for HIV/AIDS prevention and the other for drug and alcohol abuse prevention.

On May 20, Springborg announced that effective at the end of June, Queensland Health would be withdrawing its funding for QAHC. Reasons cited for this funding cut include supposedly rising rates of HIV infection in Queensland (more on that later) and QAHC’s political advocacy for LGBTQI Queenslanders. Interestingly, QAHC is losing its funding for drug and alcohol abuse prevention as well as its funding for HIV/AIDS prevention, but the government has only made statements about the HIV/AIDS funding. (A Queensland Health spokesperson confirmed that QAHC’s drug and alcohol abuse prevention funding expires on 30 June.) The money in question makes up 75% of QAHC’s funding.

The government might have a point about HIV/AIDS services. HIV and AIDS are no longer a “gay disease.” In Queensland, the highest rate of new HIV infections is among heterosexuals, a population which QAHC did not serve. Perhaps it is time for a re-evaluation of where funding for HIV and AIDS services best support patients.

This, however, was not a re-evaluation. It was more of a proclamation. QAHC was never consulted or told that their services were inadequate. They discovered they were being defunded through the newspaper instead of any direct communication with Queensland Health. Queensland Health has said that they will form a ministerial committee (the members of which were announced recently) to determine the best use of this funding. But to remove funding from an organization providing vital services without examining the impact of that action is foolish at best, especially when this is the only non-government organization that has lost its funding. QAHC themselves have even said they welcome the dialogue – but in order for dialogue to happen, the other party must be allowed to speak.

Another reason that has been given for QAHC’s defunding is their political advocacy for LGBTQI people, particularly around same-sex marriage. Springborg has said many times (including in his official statement) that the organization is too political. QAHC believes they are just advocating for their community, which, as we well know, has poor health outcomes due in part to the way they are treated by mainstream society. Asking an organization committed to a community’s health to ignore the reasons that their community is experiencing poor health incomes seems, at best, counterintuitive. As QAHC Executive Director Paul Martin said in this interview:

“The overwhelming focus of our work is providing frontline services to LGBT people and working in partnership with mainstream services to increase their capacity to respond to the needs of LGBT people. Following the World Health Organisation’s ‘Ottawa Charter for Health Promotion’ we do promote healthy public policy. This means raising policy or legal issues that help or hinder the health of LGBT people. This has included supporting civil partnerships. Advocacy on healthy public policy is specifically written in to our contract with Queensland Health, but is only a very small amount of the work that we do.” 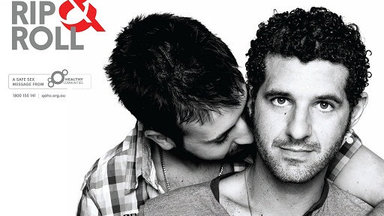 In the context of the recent actions of the Queensland government, it’s hard not to see this as an attack on LGBTQI Queenslanders. The way that Queensland Health has conducted its business is not helping their case in any way.

Regardless of whether or not QAHC continues to receive funding for its HIV/AIDS services, its drug and alcohol abuse prevention services are vital. As we have discussed many times on this site, queer people are much more likely to abuse alcohol and other drugs due to disenfranchisement within the larger community and cultural expectations. It’s not necessarily reasonable to expect a mainstream drug and alcohol abuse prevention program to be effective in LGBTQI spaces because of the additional challenges that we face. QAHC is trying to fill that gap, and they cannot do that without money.

What can we do? For you local Autostraddlers, you can write your member of parliament. Even if QAHC’s funding cannot be returned immediately, we can at least help prevent further erosion of LGBTQI rights in Queensland. For those of us interstate or overseas, consider making a donation to QAHC to help them continue their work. You can also find a list of more things to do here.