Here’s an intro I never thought I’d write: It started with JoJo Siwa. Or rather it started with JoJo Siwa kicking off summer by declaring, “I have 2 new obsessions…. Film and the beach.” Then last week, there was Zaya Wade (the future, the moment). This is not a “I follow advice from teenagers” post, but it’s pretty hard not to notice that queer teens across the internet have gotten deeply obsessed with film cameras again. And I get it! I miss film. I miss how forgiving it is (I’m sorry, none of us were meant to be filmed in HD). I miss how, even when you’re looking at a film photo on your phone or computer, it somehow feels more tangible? Memories instantly feel better on film, they just do. But I’m a child of the 90s and teen of the aughts — I know what it means to take your disposal to the CVS and walk around bored for an hour just to get your prints. I know what it means to wait for days to have your photos. And I do not have time for that. That’s why Beyoncé created phone cameras (don’t tell me, I’m not looking up if that’s true). So instead, I started looking for a dupe. Something that would get me as close as possible to relieving the greatness of a quick film candid, with none of the effort because I am lazy. Thus, we landed here. I’ve become obsessed with some app called Dazz Cam. 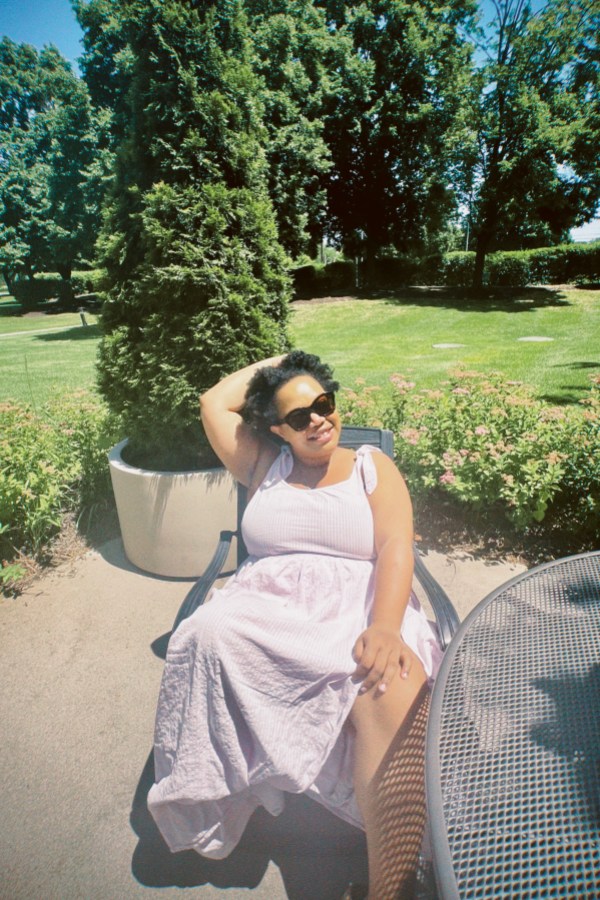 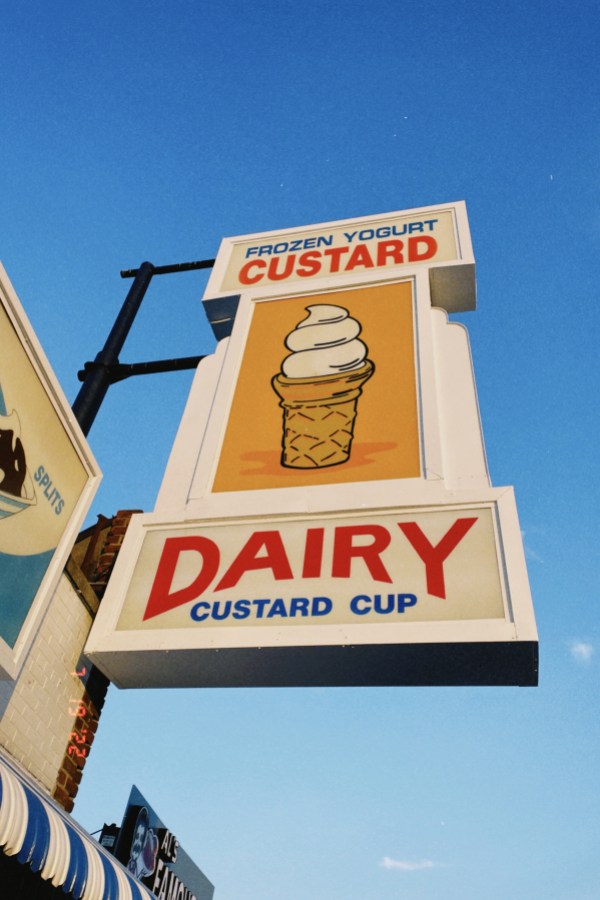 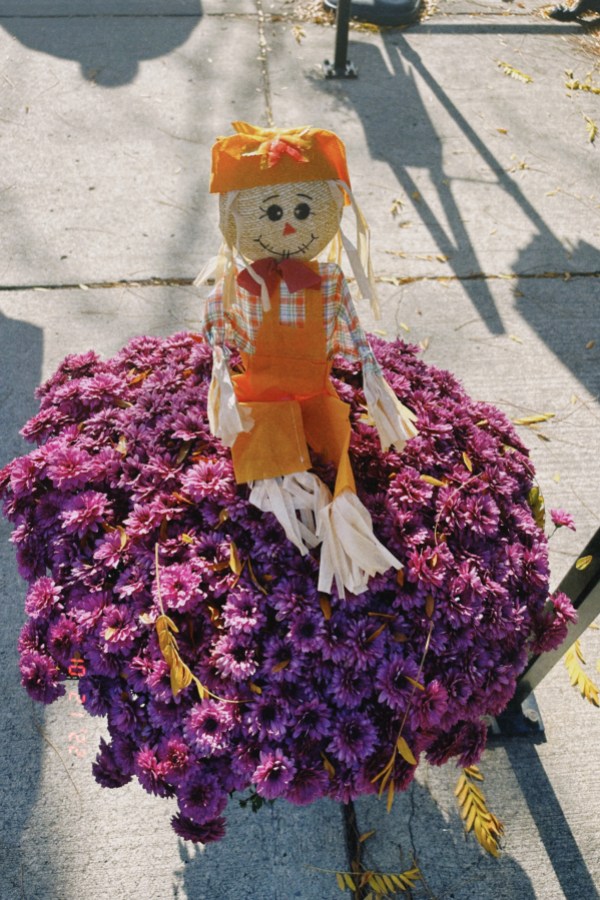 This is where it’s going to get tricky, because (photographers look away) — I don’t actually know any photography words to explain why it works as well as it does. I’m just one queer person who misses the effortless level up that comes with soft lighting, and I want to share it with my internet friends. There’s a thing that happens with Huji filters where almost everything has that overexposed faded red stripe (which is a vibe, but not always genuine) and Instagram film camera filters can be clocked in a second by anyone who actually remembers Carson Daly hosting TRL. I’m looking for 00s authenticity! Dazz Cam’s lighting feels… organic? Not forced? (Again, photographers look away!) There’s a graininess (is that a thing? Let’s call it a thing!) and slight blur to their photos that can’t be replicated. The end result is subtle, but convincing. It’s nostalgic. And everything looks so mf’ing good?? 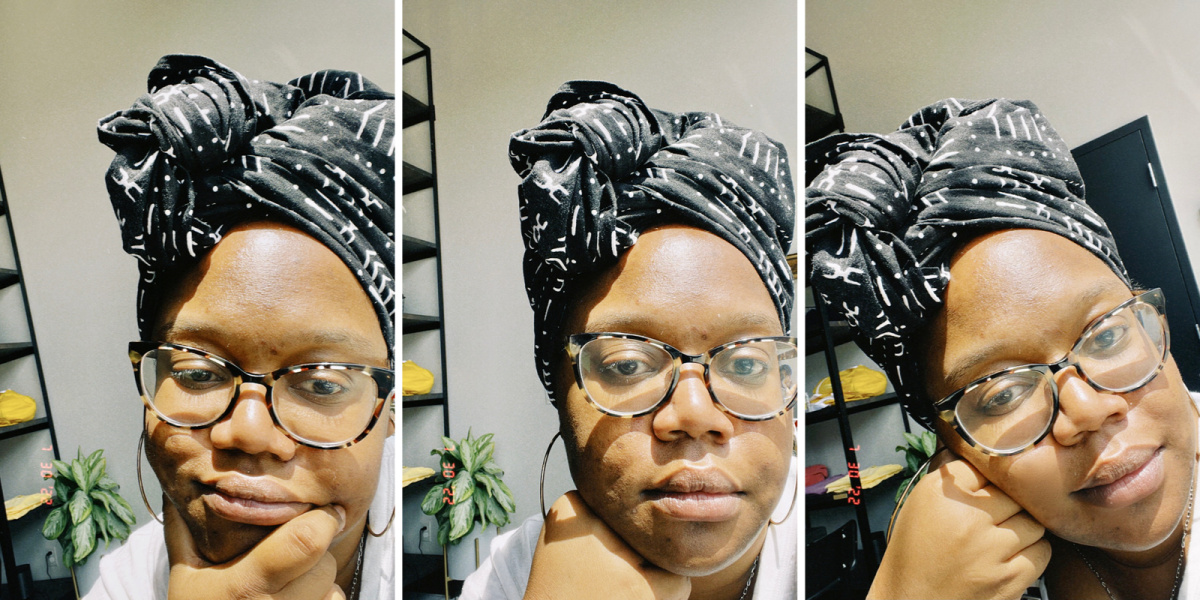 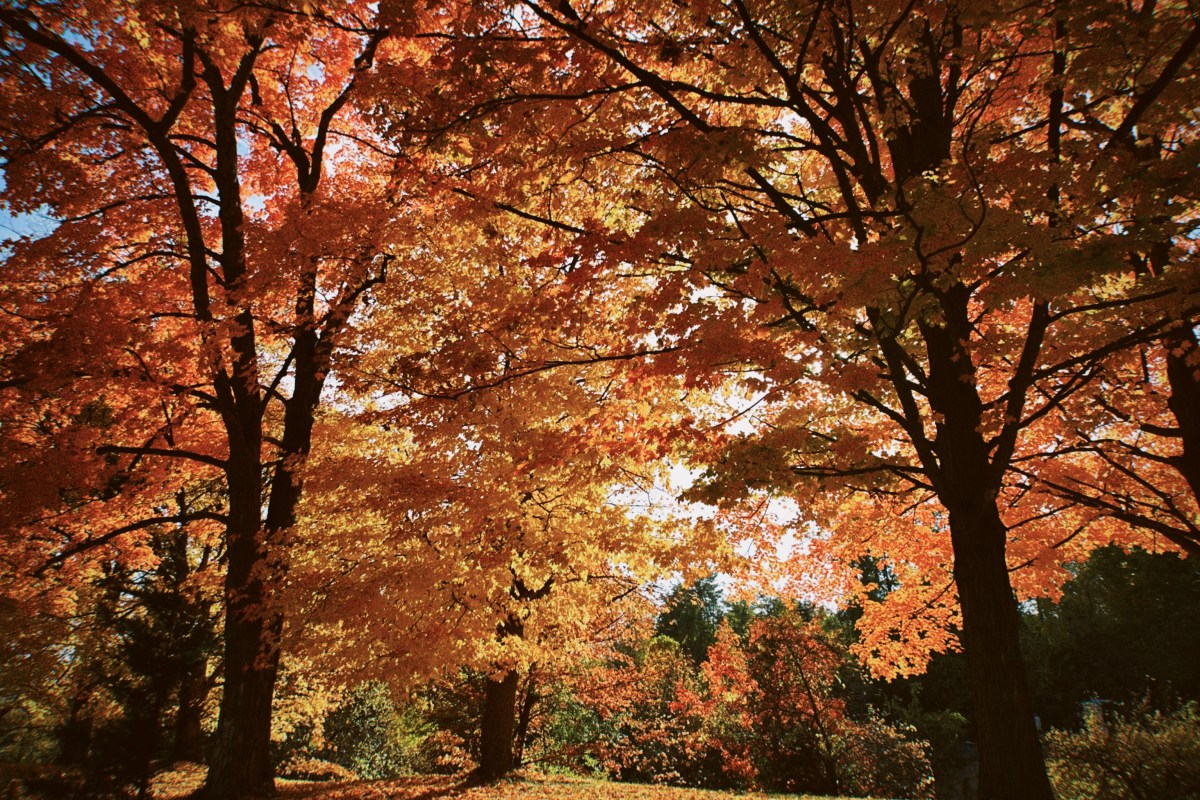 Here’s the nuts and bolts of it: When you download Dazz Cam, the app will give you a variety of “camera” options (there’s a certain amount come free with the app and a certain amount that come with the purchased “pro” version — after about a month, I became obsessed enough to purchase the pro. No judgement here! We are all friends, okay??). I just opened up my app right now and I’m counting roughly 24 cameras? Plus maybe 10 more for videos? Each one has a icon attached to remind you what the original camera looked like back in the day — because it’s been very long since I held a real camera in my hand, I’ll tell you that much. I’ve played with them all, but I keep returning to the “FunSize” (it’s a plastic Kodak-style disposal camera with the swirly yellow and red label? REMEMBER THAT!) and the “Classic.” There’s also very good fake-out Polaroid. 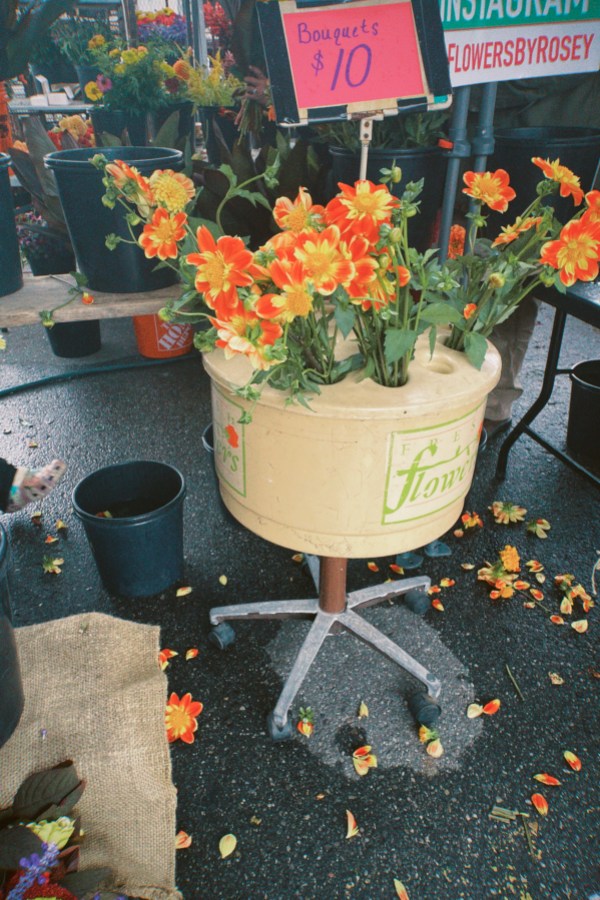 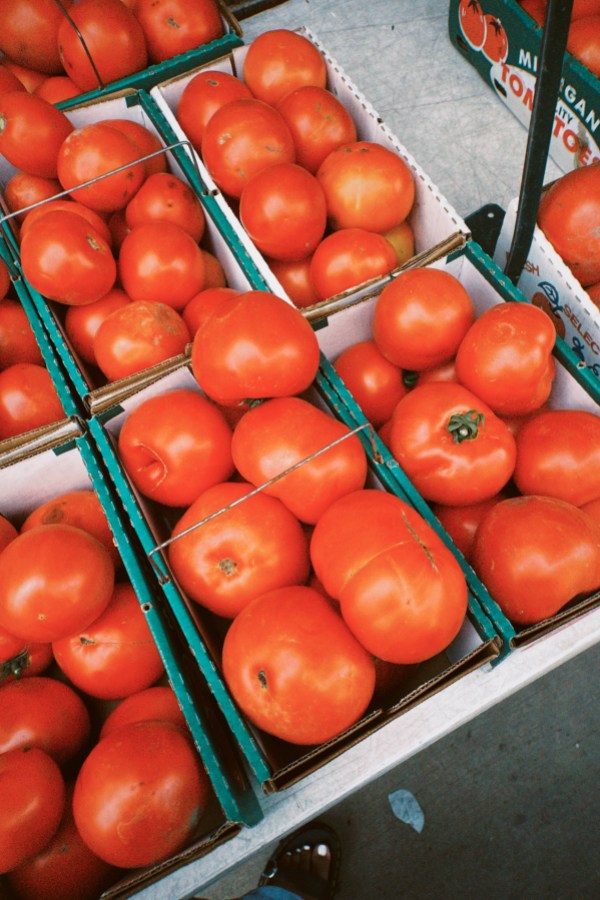 After you select, you either take your photos live, or you can upload from your camera roll. I find the latter infinitely easier. Then it does its little… app magic?? (wow, no one should trust me to do a product review!) and it turns your digital photos into film dupes. I cannot explain how addictive it is? I famously hate photos. My Instagram is damn near a graveyard. And now I quite simply cannot stop taking them? 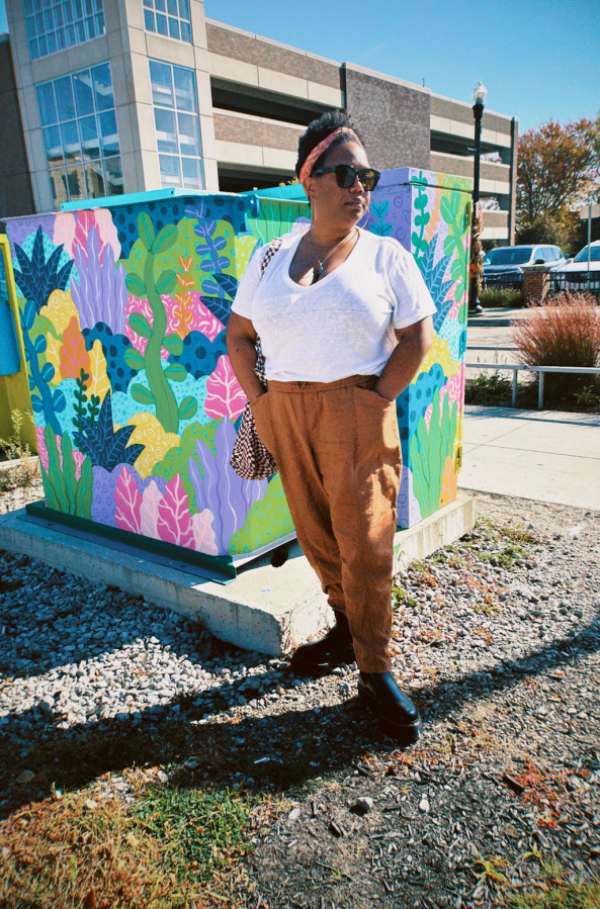 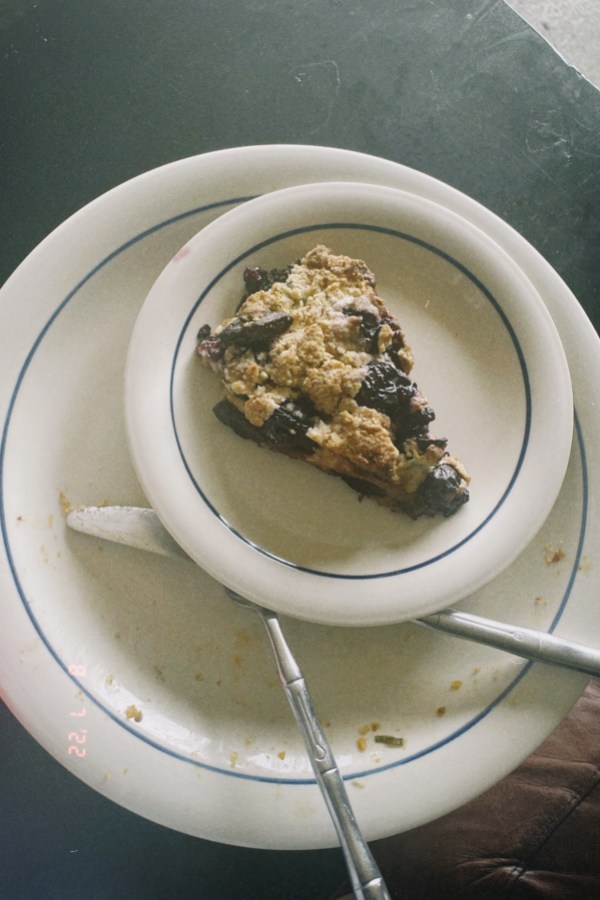 Film cameras on your phone, honestly what a concept? 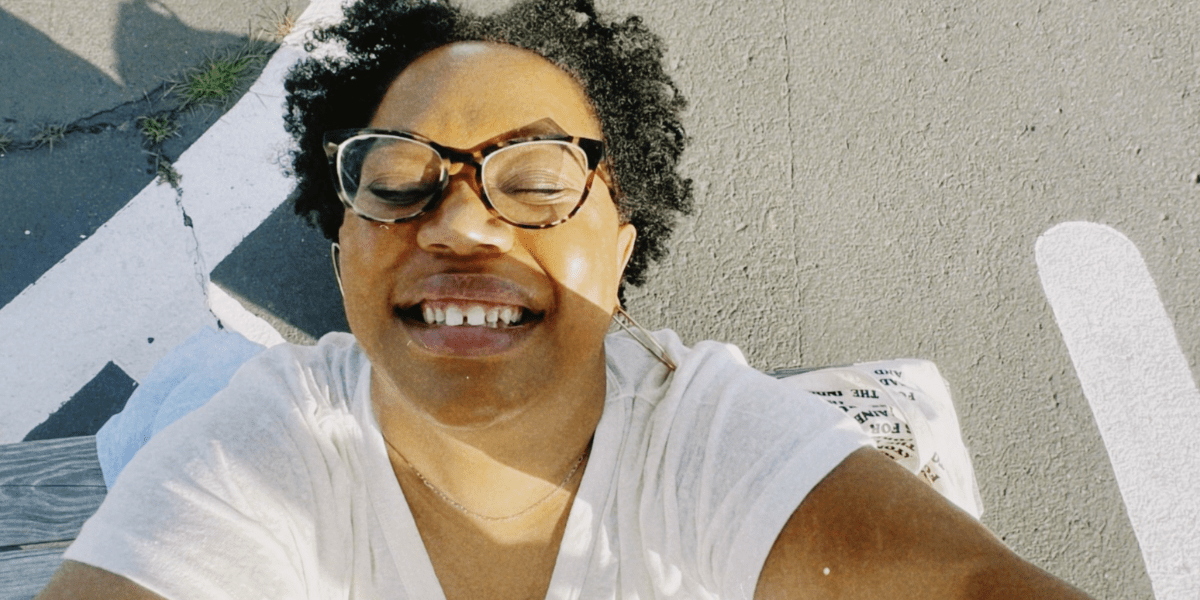