Crystal finally watched that L Word show, and she hs a lot of feelings about it, including most prominently (obvs), WT-fucking F? Also, we took it upon ourselves to make you a supermodel at the Rodeo Disco with our super-fancy photogs Robin Roemer, Sin Garcia and Des’Ree. For the next week only, all the photos are here for digital download & souvinier prints. Want a cliquey pride recap? Me too! BTW have you seen the new Robin Roemer dot com? Check out portrait portfolio to see some of the sweet stuff she’s done @autostraddle.

Also! We’re on a hunt for some raffle winners: Kristina Kelly, B. Abisla, Xenia Blanco and Eleanor Anderson. Is that you? Email alex@autostraddle.com by the end of the week or forever hold your peace.

MONEY HONEY:  HRC logo featured in orbitz ad. It’s like a secret code that if we want to give them our money, that’s cool, they’ll take it. Yeah! (@towleroad)

OH FAN-FUCKING-TASTIC! This is what we’ve all been CLAMORING for on the teevee! Not a full-blown “relationship” with a woman (YIKES! Ring the ALARM!), but “a little Sapphic experimentation” between lesbian roommates.” That has NEVER BEEN DONE and is always done REALLY WELL. I mean, certainly if Claire can heal from physical wounds, her soul will remain untarnished for Jesus.

Question: Is it true that Claire on Heroes is going to have a romantic relationship with Rachel Melvin’s new character, Annie? –Elizabeth
Ausiello: That’s true. Kind of. I’m not sure about a full-blown relationship, but I can confirm that the college roomies will engage in a little sapphic experimentation. At least that’s the plan. 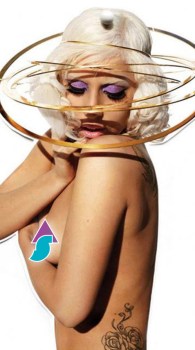 GAGA: Lady Gaga is topless in V Magazine, and as it turns out she is also perfect naked.

RIP: Lesbian activist Bonnie Tinker, the director of Love Makes a Family, has died in a bike accident at the age of 61. (@advocate)

INTERSEX IN THE COUNTRY: In its continued efforts to televise all variations of unique sexuality/gender situations, HBO is developing Middlesex (amazing book, read it now!

) for the teevee! (@broadcasting cable)

(EX) GAY: Professional ‘ex-gay’ advocates support professional ‘ex-gay’ advocacy: “What do you do if you support a scientifically-obliterated concept, with a goal to mold actuality so that it fits your purview (instead of the other way around)? Well if you’re Focus on the Family, you rely on “studies” commissioned by your own stable of like-minded supporters, acting like such laughably biased “findings” hold merit in the face of universal scrutiny from the credible scientific community.” (@GoodAsYou)

JESUS: The literal deification of Michael Jackson has begun. “In their defense, Jackson and Jesus are equally meaningful to me as well.” (@JoeMyGod)

LEZ-TEEVEE: New webseries Far Out reflects reality for UK lesbians: “We have real and valid relationships, that we can be butch dykes or girly girls or anything in between, that we have kids, responsible jobs, families, ambitions and aspirations. We can honestly say that we are telling our story from experience, this isn’t a group of men sat in a board room making a series for money.” (@afterellen)

DANCING WITH THE GAYS: Dancing with the Stars Goes Gay in Out: Out.com in conjunction with ABC.com has launched a new Web series that manages to gay up the already extremely gay Dancing With the Stars. (@Adovocate)

LYNCH: I’m still gonna have to go with “the Lynch can do no wrong,” though I too wish that Starz had found a way to keep Lynch on Party Down as well as GLEE. (@variety)

SHUTTUP AWARD: Perez Hilton Would Rather Be A Racist Than Bad for the Gays: “Some of his best friends are gay people. Best friends like… himself!” (@Gawker) Also, he’s on the cover of the Advocate, which is … interesting.

↑ How gay marriage recongition in DC will work. (@the washington post)

↔ Obama sat down with the Catholics and this is what he said: “For the gay and lesbian community in this country, I think it’s clear that they feel victimized in fairly powerful ways and they’re often hurt by not just certain teachings of the Catholic Church, but the Christian faith generally. And as a Christian, I’m constantly wrestling with my faith and my solicitude and regard and concern for gays and lesbians.” (@us news & world report)

↓ Saddam’s rule ‘better’ for gay Iraqis: Investigating reports of the murder and torture of gay men in Iraq, Ashley Byrne found that some gays found Saddam Hussein’s dictatorship preferable to the threat of violence they face today. Some readers will find parts of his report disturbing. (@BBC News)

↔ Would It Help Things If the Prop 8 Judge Was Gay? (@Queerty)

↓ Why are LGBT people less healthy?: “LGBT people generally receive less health care, and it’s not just because of a lack of marriage or DP benefits. The number one reason is homelessness.” (@Bilerico) 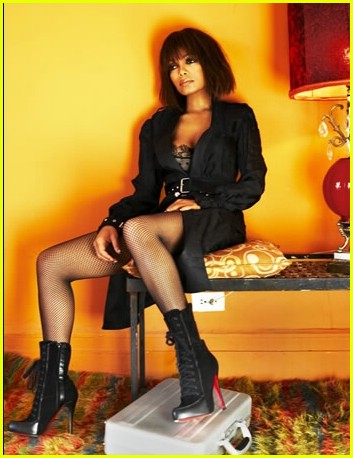 The Woman in the Mirror

from Intern Elizabeth:
I just read this hysterical blog/review/I don’t know what about the Care Bears Movie from 1985. I can’t say much else about it except: “In the 1980s, the Care Bears were a major contributor to the wussification of America. Children who once roamed the streets barefoot, playing with broken glass and poking dogs with sticks, were now taught to share their feelings and to care about people.” Apparently the Care Bears’ #1 feeling was creepy.

from Stef:
Here’s the bad news: New Order are over. Here’s the good news: They started a brand new band with everybody except bassist Peter Hook, and they’re called Bad Lieutenant. Alex James from Blur is playing on their debut album and everything! If you’d like to hear them perform a new song called “Sink or Swim” acoustically (and if you love New Order, I promise you DO!), check it out here. I can’t wait to mope in my room with this album. The last classic New Order song can be found here, obvs.

from Crystal:
My pick today is particularly relevant to any writers out there who consider web surfing, reading and staring out the window to be valid stages of the creative process. I certainly do. You can read about it here.