Hey sea puppies! A-Camp is happening soon! Have you packed? I haven’t and I probably won’t till the last minute. Here’s some news for you to read while you think about what to pack.

+ Last week, nationwide demonstrations were held to draw attention to the deaths and injustices toward Black women at the hands of police but didn’t spark nationwide uproar or garner high media attention like the recent high-profile cases of murdered black men and boys by police have. 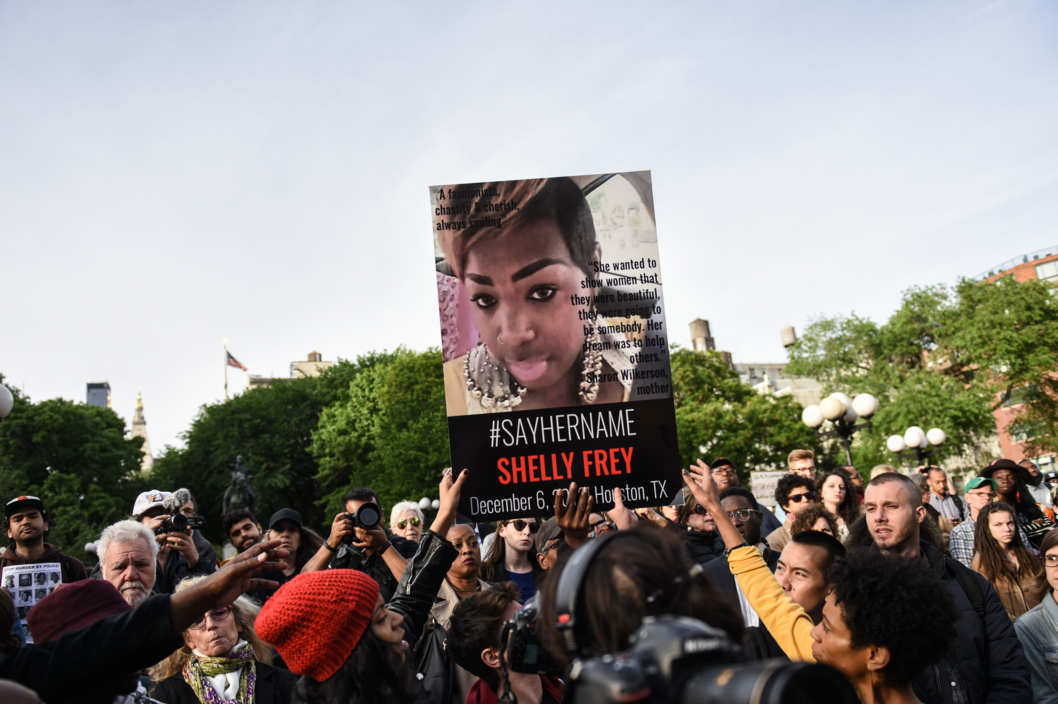 The actions follow the release of a report titled “Say Her Name: Resisting Police Brutality Against Black Women” by The African American Policy Forum. The report discusses and analyzes the stories of several Black women who have been killed by police and who have experienced gender-specific police violence. The report is not a comprehensive list of black women killed by police but is a sampling that includes the police killings of Gabriella Nevarez, Aura Rosser, Michelle Cusseaux, and Tanisha Anderson in 2014, and Alexia Christian, Meagan Hockaday, Mya Hall, Janisha Fonville, and Natasha McKenna in 2015.

“Although Black women are routinely killed, raped and beaten by the police, their experiences are rarely foregrounded in popular understandings of police brutality,” said Kimberle Williams Crenshaw, Director of the African American Policy Forum and co-author of the brief. “Yet, inclusion of Black women’s experiences in social movements, media narratives and policy demands around policing and police brutality is critical to effectively combating racialized state violence for Black communities and other communities of color.”

The report also includes specific recommendations to engage conversation and advocacy around Black women’s experiences of police violence, which include:

Black Youth Project 100, Black Lives Matter, and Ferguson Action organized a National Day of Action for Black Women and Girls that followed the report’s release with 21 cities participating. A vigil was held at New York City’s Union Square, where relatives of black women killed by police or in their custody spoke about their loved ones and hopes for change. In San Francisco, nearly 300 protestors gathered in the Financial District. Members of the BlackOUT Collective, mostly black women, protested topless and blocked morning rush hour traffic.

“We wanted to be able to say ‘enough is enough’ and draw on traditions from Nigeria, Gabon, Uganda, and South Africa, from women who bare their chests and other parts of their bodies in protest,” Chinerye Tutashinda, a founding member of the BlackOUT Collective, said.

Rise Up. Blocking the financial district in San Francisco. Black women's worth is infinite. #SayHerName pic.twitter.com/4knu7FF3YS

+ Seventy-one people were arrested in Cleveland when protests erupted following the acquittal of a white police officer for the shooting deaths of two unarmed black people in 2012. Tensions between police and activists have been especially high within the last year, since Cleveland police have yet to be held accountable for the deaths 12-year-old Tamir Rice and mentally ill woman Tanisha Anderson.

+ Girl Scouts of the USA have welcomed trans girls in their troops since 2011 when they first created trans inclusive policies. Earlier this month anti-LGBT hate group, the American Family Association circulated a petition against the organization’s trans inclusive policies. The petition, which has over 39,000 signatures, says, “The Girl Scouts of America has lost its moral compass and needs your encouragement to rescind this new policy.” The Girl Scouts reaffirmed their organization’s policies and values in serving all girls in a blog post by “Chief Girl Expert” Andrea Bastiani Archibald.

“If a girl is recognized by her family, school and community as a girl and lives culturally as a girl, Girl Scouts is an organization that can serve her in a setting that is both emotionally and physically safe. Inclusion of transgender girls is handled at a council level on a case by case basis, with the welfare and best interests of all members as a top priority.” 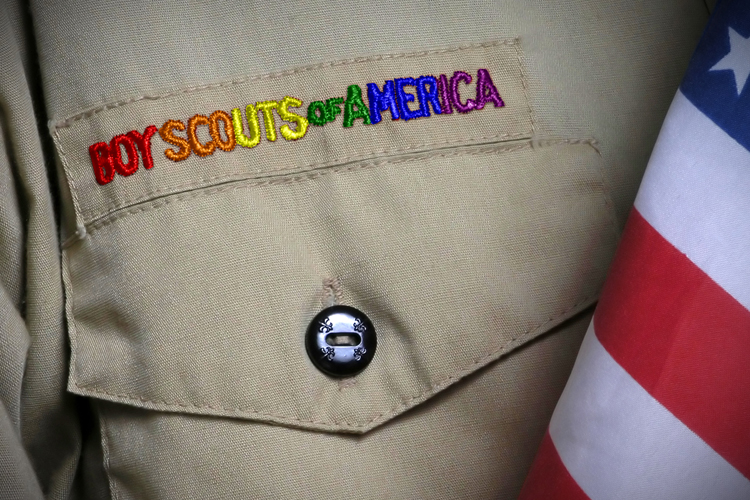 + The Boy Scouts of America will decide by October if they will welcome gay adult leaders and volunteers. Last year, the Boy Scouts reluctantly changed their policies to allow gay scouts to participate but maintained a ban on gay adult leaders and volunteers. Last week in a meeting, National President Robert Gates said he believes the ban is “unsustainable” and could lead to costly court battles. Gates said the organization needs to talk with sponsoring institutions before the potential change.

“We need to talk with donors and others so there’s a process to be gone through here, but I think that it’s inevitable that we have to change the policy and that’s what I recommended, and we’ll see as I say not later than October if the rest of the movement is in agreement with the position. But I think that change is the right thing for our movement.”

+ Do you remember the movie Pride? It followed the story of Lesbians and Gays Support the Miners, a group who supported and fundraised for striking Welsh miners in the 1980s. Well the real life people who inspired the film will lead this year’s Pride parade in London, just like they did in 1985. 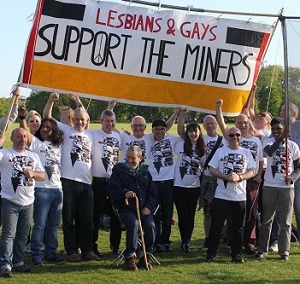 + Last week, I reported that London Chanel, a black trans woman, was fatally stabbed in an abandoned home in Philadelphia. Police have arrested and charged a suspect with murder and possessing an instrument of crime for this crime. Raheam Felton, 31, was charged on Tuesday after being taken into custody shortly after they rushed Chanel to the hospital where she died. Chanel lived with two other trans women and Felton, who was one of the housemates’ boyfriend, in the abandoned house. Felton stabbed Chanel in the back and neck inside the house and then he and a witness carried her outside to perform CPR. Authorities believe the stabbing happened after a domestic dispute and is not being investigated as a hate crime at this time.

+ Six Michigan transgender people filed a lawsuit against Secretary of State Ruth Johnson demanding for the state to change its policy on changing the gender recorded on their driver’s license. The plaintiffs, represented by the ACLU, argue the policy violates constitutional rights to equal protection and privacy. Information on Michigan driver’s license must match the information on a person’s birth certificate, so that means for transgender folks they must change their birth certificates before it can be changed on their licenses. This creates many legal obstacles that may or may not allow them to change their driver’s license.

“The policy exposes an already vulnerable group to the risks of repeatedly having to reveal intimate personal medical information that, when divulged in some situations, can lead to discrimination, harassment, violence and even death,” said Jay Kaplan attorney for the ACLU of Michigan LGBT Project.