Hello feasters of good literature. Welcome to Autostraddle Book Club, where we announce a book that we’re all going to read and then you have a month to obtain the book and read the book and then we all come talk about it right here on Autostraddle.com. Last time we did this, we chatted about Blue is the Warmest Color by Julie Maroh — which dealt heavily with coming out, coming of age and tragedy from a young perspective.

This time we’re taking a turn for the grownup and taking on The Argonauts by Maggie Nelson. This part-memoir, part-theory piece (143 pages in length) chronicles the author’s relationship with Harry Dodge, a genderfluid artist, as well as Nelson’s pregnancy and the couple’s complex joys in queer-family-creation. I’d give you more than that, but I don’t want to do any spoilers because then you all will (rightfully) rip my head off in a verbal manner. One of the loveliest things about this book, according to reviewers, is how surprising it is. I don’t want to wreck that in the first post! 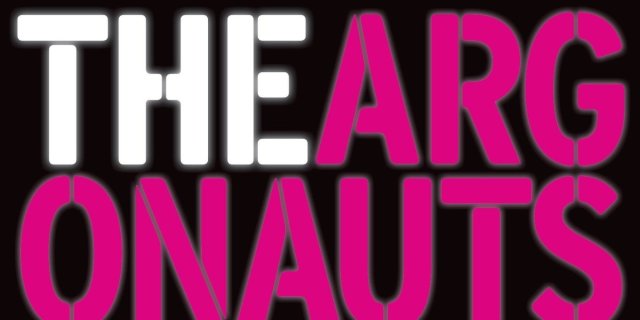 I was first introduced to The Argonauts while I was at a Community of Literary Magazines and Presses meetup and Jeffrey Lependorf said to me, “you have to read this book.” He didn’t mean eventually. He let me know on no uncertain terms that it’s a drop-everything-and-read-it kinda book. When I discovered it was put out by Graywolf Press, who also did Geek Sublime by Vikram Chandra (which y’all know I adore) and Citizen by Claudia Rankine (from which I’ve heard her read and HOLY SHIT!!!), it got me to a point where I almost licked the cover when I came across The Argonauts at The Strand.

Turns out, everyone’s losing their damn minds over The Argonauts (and over Maggie Nelson in general, which is understandable). From Rachel Shteir‘s review in The Boston Globe:

Still, because of her dazzling sentences, I will read whatever the daredevil writes. She cozies up to ideas unlike any other American writer — in a homely, visceral way, as if she packed lunch each day with theory and sandwiches.

Nelson questions everything — her ­assumptions, her motives — and her ensuing uncertainty becomes the trellis for this book. Her thoughts are presented in discrete paragraphs, some as short as a ­sentence, as she considers ­whether “prose is but the gravestone marking the forsaking of wildness (fidelity to sense-­making, to assertion, to argument, ­however loose).” She quotes the child psychologist Winnicott (approvingly), the French theorist Baudrillard (critically), and recounts a debate she had with Dodge about the movie “X-Men: First Class.” 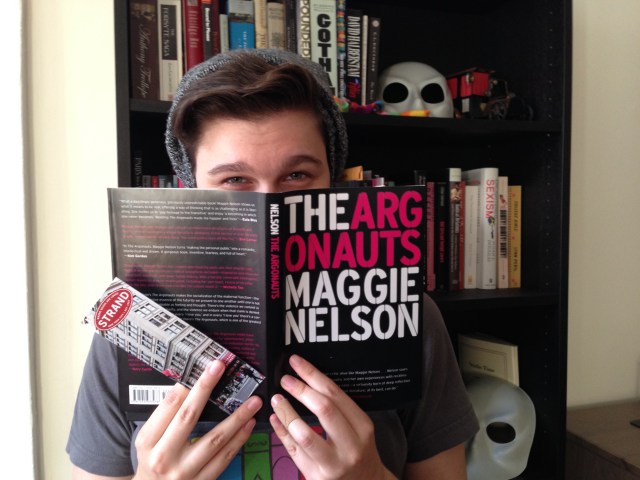