You are a glorious human person with above-average intelligence, and therefore you recognize that the major threat humanity faces at this moment in time — and, in fact, all moments of time and space in every dimension — is bears. I have been on high alert for bears my entire life. Afraid that I would happen upon a protective mother bear and her cubs while walking gaily through the north Georgia mountains where I grew up, yes. But also afraid that a bear would break into my house, climb up the stairs, choose my bedroom, open the door, let himself inside, and eat me in my sleep.

I can’t explain it. No one I know has ever been mauled by a bear. I’ve never even seen a live bear in real life, except for the polar ones at the zoo. The only exposure I had to bears in my formative years were the uncommonly patient Papa Bear, Mama Bear, and Baby Bear that let Goldilocks rifle through their shit and destroy half their possessions without repercussion. And the Berenstain Bears, who taught me to clean my room, tell the truth, be thankful for what I had, and be chill when your parents bring home a new baby.

It’s like I know bears can be one way. 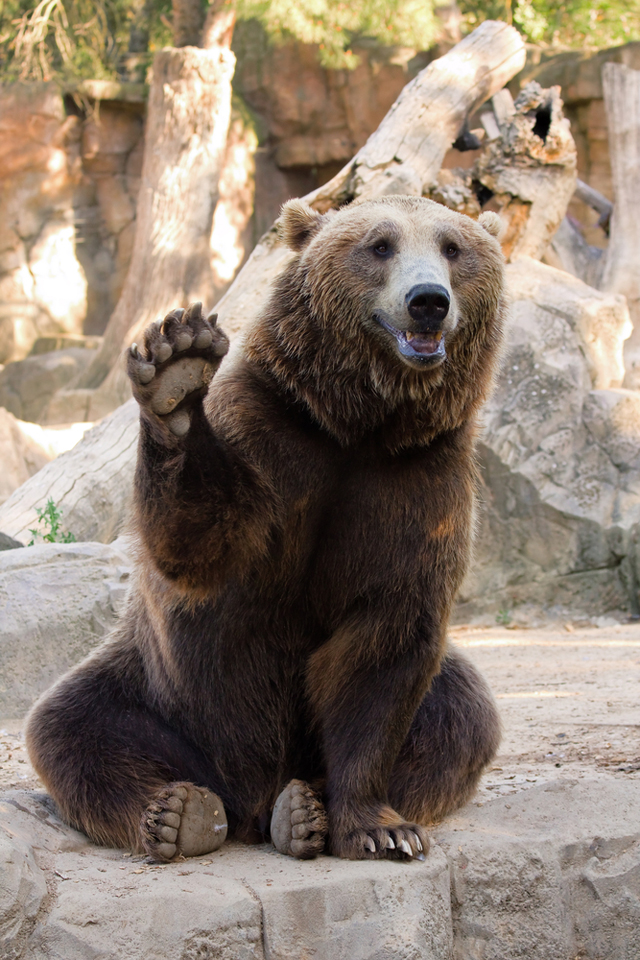 But I also know they can be a whole other way. 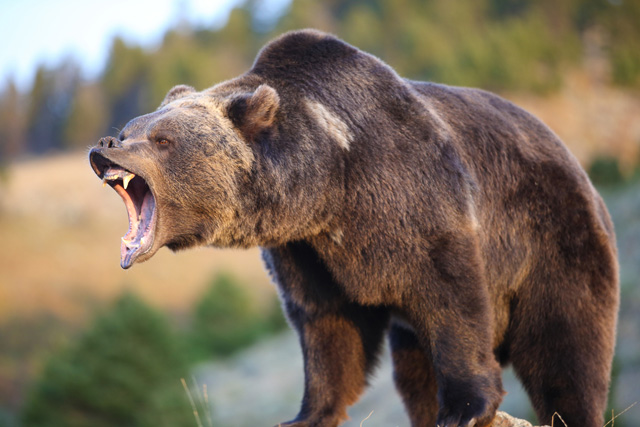 The worst thing about being afraid of bears is that the advice everyone gives you for surviving an “encounter” with them is awful. Google it and here’s what the experts will tell you:

1. Relax, bro. Bears can climb trees, swim across oceans, run 100 miles per hour, and smell your fear, so whatever you do, don’t panic!

2. Black bears and brown bears and lady bears and dude bears have totally different ways and reasons for killing you, so figure out which one you’re dealing with and calmly assess the situation you’ve wandered into.

3. Right, and after you have calmly determined its species, motives, paternal leanings, gender, and favorite color, make your move.

4. If it’s a black bear, your move is to (and I quote) “Stand tall and look it directly in the eye. Yell at the bear and firmly tell it to leave: ‘Get out of here, bear!'”

5. But if it’s a grizzly bear and you do that, you’re what’s for lunch. If it’s a grizzly bear, go on ahead and lay your ass down on the ground and curl up in a ball and play dead/take a nap. “Keep your legs and elbows wide so the [600-pound] bear [with the strength of 10 Godzillas] can’t flip you over.”

6. Walk away alive and happy.

This is an actual quote from a book called Among the Bears: “It’s the escalation of fear that leads to bad decisions. There have been a number of bear attacks that I’ve read about that could have been avoided if the situation hadn’t been misread.” Like, if a bear kills you and your family, you can be sure it’s because you got scared like a dumb little baby and didn’t take the time to get to know how it was feeling before it started swatting its tire-sized paws at your tender flesh.

I don’t know. Maybe this is good advice. But it’s certainly not followable advice. If, like me, you are not a fearless half-robot with the capacity to read mammal minds, you need to be able to rely on something besides your quick wit and bravery to stay alive when it comes to bears. And so here are some gadgets the internet tells me will keep the bears at bay.

The internet says to spray the bear in the face. Hopefully before he opens his mouth to rip off your arm and eat your Super Soaker CPS 2000 like it’s a communion cracker.

I think it is because bears hate happiness and magic; therefore, they hate Santa Claus, and these bells remind them of reindeer so they stay away.

Be careful with this one, though. Just from my own past experience in wanting to murder, whistles remind me of Flo Rida’s “Blow My Whistle” which reminds me of The Warblers which reminds me of Glee. Do bears have rage blackout PTSD from that show too? Probably.

You can even buy these pellets that smell like coyote piss, lady deers in heat, corn, or cedar; so while you’re relaxing and sizing up your bear and learning what its favorite movie is, you can calmly pull the pellets out of your backpack along with your slingshot and load them and keep your hand steady and shoot them with perfect aim at the ground and trees near your bear. DON’T SHOOT THE BEAR. That just makes them angry. (Angrier.)

No, I am for real. The top Google result for “surviving bear attack” is this website that tells you to use an “unwelcome mat.” So I guess order a rug that says “GO AWAY!” and take that into the woods with you and unfurl it when you see any bears.

More effective than a literal gun, apparently. Although: “The studies have also come under further scrutiny in light of the cluster of attacks last summer … and an unusual spate of deaths in and around Yellowstone … and due to declining food sources, bears were altering their behavior and increasingly looking at humans as dinner.”

If you are not fully satisfied — for example, if a pack of bears carries your wife and children off into the night because they weren’t afraid of some blinking red lights — you can get a full refund.

In other words, goodbye forever if you see a bear. I mean, unless you remember to lay down sweetly and quietly in such a way that a bear can’t flip you over. So, like I said, goodbye forever. I loved you.