Yvonne and I are switching days on this column this week!

During the one-year anniversary of Michael Brown‘s death at the hands of Darren Wilson, Ferguson was once again full of police wearing riot gear, gunfire, and teargas. The daylight hours of Sunday reportedly were quiet and orderly, with a panel discussion and peaceful protests. As night fell, police claim that a group of people began shooting at each other, calling those people “criminals, not protesters.” They say that when police got involved, including some plainclothes officers, they were fired upon and that an officer in an unmarked police SUV returned fire. 18-year-old Tyrone Harris was left critically injured; his family says that he was on a date and went to check out the demonstrations for Michael Brown when he got caught up in another group’s gunfight and tried to run from it. His family says he was unarmed, and also that he and Michael Brown were close, having gone to the same school. Tyrone Harris remains in critical condition. Ferguson protester Tony Rice, who arrived on the scene of Harris’ shooting after Harris was already injured, says that police waited “quite a while” before providing Harris medical attention; police, on the other hand, claim they called an ambulance “immediately.” Activists have criticized the deployment of plainclothes officers in a chaotic setting at night, where it would be impossible for citizens to know if they were interacting with police or private citizens, actions which carry very different legal consequences. A state of emergency has been declared.

Well-known protesters DeRay Mckesson and Netta Elzie, along with Cornel West, were among those arrested in St. Louis, where “dozens” were arrested after a march and sit-in. Elzie tweeted earlier in the day “If I’m arrested today please know I’m not suicidal. I have plenty to live for. I did not resist, I’m just black.” On Monday evening, protesters shut down highway I-70 in both directions during rush hour, joining hands to stretch across the pavement; about 60 were arrested.

Wesley Lowery, a Washington Post reporter who’s been heavily involved in covering protests in Ferguson since they began last year, was arrested for trespassing last year when Ferguson police didn’t think he and fellow reporter Ryan Reilly were leaving a McDonald’s in a timely manner. A court summons issued this week officially charges him with trespassing, a charge which could carry as much as a $1000 fine and maximum one-year county jail sentence. Reilly has not been charged yet, but says he expects to be.

+ Christian Taylor, a 19-year-old unarmed college student, was shot and killed by a police trainee at a Buick dealership in Arlington, Texas. Taylor’s Jeep had crashed into the dealership; police claim that Taylor tried to flee from them when they arrived, “struggled” with them when they caught up to him, and that trainee Brad Miller then fired four shots. The Arlington police department has invited the FBI to help with the investigation. Police say that “A Taser was also used against Mr. Taylor, but Chief Johnson said the department had not determined which officer used it or in what sequence the two weapons were used.” Security video from outside the car dealership shows Taylor jumping on top of a sports car, but shows nothing that occurred inside the dealership, including any interaction with police officers. Audio has leaked that some activists claim was retrieved by Anonymous and includes the 911 dispatch audio; in that audio, no mention of a struggle is made, and shots are heard very quickly after the officers’ arrival. Police claim that another audio recording is unedited and more accurate. The Arlington police chief has stated that official audio and video won’t be released until “all statements have been made.” 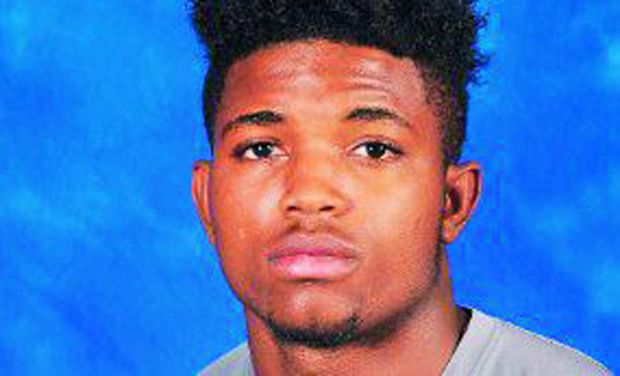 + Andre Green, only 15 years old, was shot and killed in an altercation with police on Sunday night. Indianapolis police claim that Green was a carjacking suspect who tried to ram them with a car and was armed with a handgun; there is no recording, video or audio, to confirm or contradict the police’s version of events. There was at least one eyewitness, who disagrees with police claims.

Andre Green’s family are calling upon the passengers who were in the car at the time of the shooting, whose identities are unknown, to step forward and provide their account of what happened.

+ Robert Patrick Quinn, a 77-year-old man living in a complex for elderly, disabled and low-income residents, was killed by police Sunday night as he waved a “realistic-looking” pellet gun from a motorized scooter. Witnesses say that officers tried to negotiate with Quinn for about three minutes before shooting him. Residents of the complex say that Quinn had been diagnosed with cancer and had expressed some suicidal ideation, prompting speculation that he had committed “suicide by cop.”

+ In a horrifying example of how black women are particularly targeted by police and state violence, Charnesia Corley was forcibly vaginally searched in a gas station parking lot after allegedly running a stop sign because the officer alleged that he could smell marijuana in her car, and couldn’t find any after a cursory search of the vehicle. Corley maintains that she never consented to a body cavity search at any time. She was arrested for resisting arrest and possession of marijuana. In contrast, 20-year-old white male Gilbert Phelps admitted to driving while high to a police officers; during the sobriety test which found he was unsafe to drive, he asked to Snapchat a selfie with the arresting officer, to which the officer (in his own words) “happily obliged.”

From the Guardian’s project “The Counted”

+ Hillary is not impressed with Donald Trump, suggesting at a town hall meeting in New Hampshire that his campaign is an ego trip for the sake of entertainment and pointing instead at Marco Rubio as someone to watch and whose ideas are “deeply troubling.”

+ Hillary has revealed a new plan for higher education and student debt. The proposed strategy includes free community college and a plan wherein individual states pledge that “no student should have to take out a loan to pay for tuition if attending a four-year public college in their state,” and that those students instead contribute to their tuition “based on what they earn from 10 hours of work per week.”

+ The Daily Beast thinks Bernie has a shot at beating Hillary in the primary.

+ Bernie Sanders has released a platform addressing racial inequality in America after a series of protests of his events staged by the Black Lives Matter movement. It includes police body cameras, and end to mandatory minimum sentences for nonviolent offenses, expanding the Voting Rights Act, and ending bans on convicted felons voting. His campaign also recently hired Symone Sanders, a 25-year-old with experience in both campaign and movement politics, to work and speak on his campaign on issues of racial justice. At a stop in Portland, Oregon, Sanders coached the crowd to chant “We Stand Together” in the case of another protest by activists. Bernie also received an endorsement this week from National Nurses United, the nation’s largest nursing union, a potential indicator of who the labor movement in general might end up supporting.

+ The State Supreme Court of Ohio has told its judges that they should probably obey the law and perform same-sex marriages, regardless of personal beliefs.

The seven-page opinion said refusing to perform gay marriages could bring into question a judge’s impartiality in other matters. “For example, if a judge who has declined to perform same-sex marriages is later assigned to hear a misdemeanor domestic violence charge involving a same-sex couple, the judge’s ability to follow the law and impartially apply the domestic violence laws could reasonably be questioned,” it said.

+ For a second there it seemed possible that Texas Attorney General Ken Paxton would be held in contempt of court for Texas’s tacit ignoring of the Supreme Court ruling on same-sex marriage, but it appears that won’t be the case.

The dispute began last week when a gay Houston man, John Stone-Hoskins, said state health officials refused to amend the death certificate of his late husband. That led Garcia to order Paxton into his courtroom and explain why the state appeared to be in defiance of the U.S. Supreme Court legalizing gay marriage earlier this summer.

Neel Lane, an attorney for the surviving husband, said an agreement reached Monday should spare other Texas same-sex couples from similar hurdles. He said the Texas Department of State Health Services is now drafting policies for birth and death certificates for same-sex couples that should be finished this week.

+ A really neat piece about Margie Winters, who was fired from her position at a Catholic elementary school for marrying her wife and is now the lightning rod for pushback against her termination.

“The Church is losing good people,” she says. “I’ve been in Catholic education for 18 years and I’m committed to it. But they’ve fired us and lost people who are committed to teaching children in the faith because of who we are — because of who God made us to be. That’s the rub.

“Now it feels like a call to be a voice,” Winters adds, “and I think our voices are strongest in the realm of the Church because that’s our world and that’s what we can really speak to with knowledge and experience.” 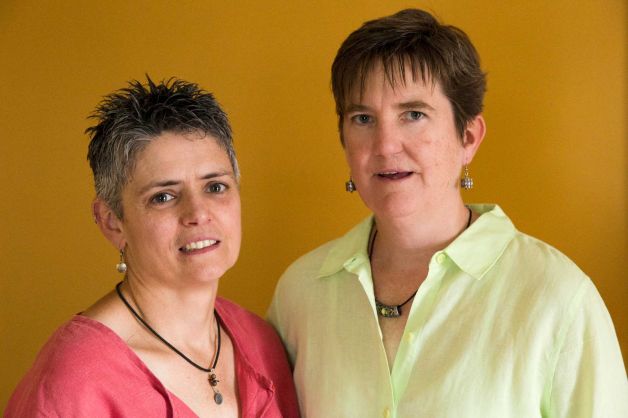 + The state of Virginia will now recall all license plates featuring the Confederate flag. The DMV was required to allow license plates featuring the flag in 2001 because of a lawsuit which found that banning it was tantamount to censoring free speech, but Walker v. Texas Division, Sons of Confederate Veterans in 2015 held that the flag is actually a symbol of state speech, not individual free speech.