On December 2nd, 2014, medical rescuers found Pamela Donahue dead in her apartment in Providence, RI. It took three weeks for police officers to charge her girlfriend, Sendra J. Beauregard with Donahue’s murder in spite of reports that Beauregard and Donahue had been heard arguing for weeks, Beauregard and Donahue had been together in the apartment before the homicide, and police had responded to calls that a woman had been standing outside of the apartment the night before, screaming that she was “going to kill someone.”

Unfortunately, Donahue was not the only woman killed due to same-sex domestic violence-related homicide in 2014. In October, police named Victoria Mendoza as a suspect in the murder of her girlfriend, Tawnee Maria Baird. In addition to Donahue and Baird’s murders, other queer women like Alejandra Leos, Britney Cosby, and Crystal Jackson lost their lives to domestic violence. Leos, a transgender woman of color, lost her life when she was shot outside of her home in Memphis, following a domestic dispute with her killer, Marshall Pegues. Concerning Britney Cosby and her girlfriend Crystal Jackson, police suspected Cosby’s father with the homicide earlier in the year. This laundry list of domestic violence-related murders of queer women is not a new phenomenon, nor does it truly comprise the extent to which domestic and intimate partner violence impact queer, female communities.

We’ve talked about how bad domestic violence is and in 2014, the National Violence Against Women survey published that “35.4 percent of women living with a same-sex partner experienced intimate-partner physical violence in their lifetimes, compared with… 20.4% for… women… with a history of only opposite-sex cohabitation.” The CDC even re-released its National Intimate Partner and Sexual Violence to show how domestic violence impacts LGB folks. With respect to women, the study found “the lifetime prevalence of rape, physical violence, or stalking by an intimate partner was 43.8 percent for lesbians, 61.1 percent for bisexual women, [versus] 35 percent for heterosexual women.” These studies clearly can’t take into account that the majority of domestic and intimate partner violence cases will remain unreported to surveys and especially to law enforcement. We know that domestic violence is a reality for far too many members of our communities, and yet we keep losing our queer family to abuse. 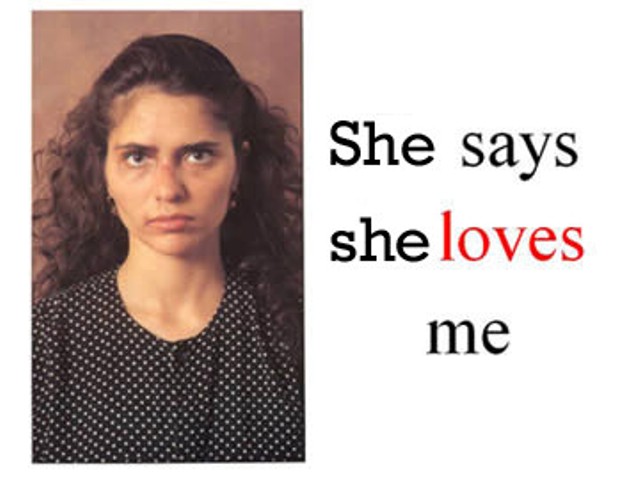 Ultimately, it’s a victim/survivors*’ prerogative whether they stay in or leave an abusive relationship; however, not all victims get a choice. Queer women face many of the same barriers that straight folks in abusive relationships face, like increased violence upon leaving the relationship or living in a society that readily values the abuser’s side of the story more than the victim/survivor’s. An on top of that, queer women encounter additional societal barriers to protection. Judges and law enforcement personnel don’t always enforce protection orders for queer women due to misogynistic assumptions that women aren’t really that dangerous. Additionally, according to a 2007 Department of Justice study, police are 30 times more likely to arrest both partners when a report of intimate partner violence involves a same-sex couple. Not only does that put the victim/survivor in increased danger, but it may prevent victims/survivors from accessing services from domestic violence organizations who don’t or can’t serve people with criminal records. Moreover, not all queer women are out, and coming out in order to prosecute an abusive partner may make them more vulnerable to victimization by employers, housing authorities, family, or communities.

I think the saddest aspect of these murders, the murders that will inevitably take place, and the violence that will go unnamed is the silence. After Tawnee Baird’s murder, the young woman’s family mourned that they did not recognize the potential signs of abuse sooner. Her dad noted that he had seen Tawnee with a front tooth missing, and her girlfriend with scratch marks across her face; the couple insisted that they had been attacked at a party. Even more heartbreaking for her family, Baird’s parents later heard from the victim’s friends that Baird had lived in fear of her girlfriend. In the September case of an unnamed victim, whose girlfriend, Maya Shelia Moore, stabbed her multiple times before fleeing the scene, the victim had told police that Moore had attacked her in two isolated incidents before the almost-fatal stabbing. We can only guess that the people in these women’s lives tried to help in one way or another. It’s important to remember that bystanders really can help people experiencing domestic violence to leave an unsafe relationship, or at least find safer ways of staying if they cannot flee.

Victims/survivors in general are expected to seek help from law enforcement to escape from abusive relationships, but the police are sometimes the most dangerous and threatening forces in the lives of marginalized folks, even those who have an abusive partner, friend, or relative. This concern is compounded when a victim/survivor belongs to a group that already faces the threat of danger from the police, like being a person of color or sex worker. For that reason, community support is central to assisting victims and survivors of domestic violence. Domestic violence is a community issue because of the way violence tends to affect people intergenerationally and cross-culturally through the cycle of abuse. Particularly in the LGBTQ world, we individuals tend to impact our communities because we often create tight-knit bonds in order to survive. If and when abuse occurs in our communities, it impacts our mentors, our peers, our chosen family, and ourselves. When people in our communities are unsafe, we are all unsafe.

We need to look to our history and herstory when we think about ending domestic violence and aiding victims/survivors. Feminists, activists of color, and queer folks used grassroots organizing to better their communities, particularly from the early 60s to the 80s (but all throughout the course of time, really). In the mid-80s, Sue Knollenberg, Brenda Douville and Nancy Hammond of The Task Force on Violence in Lesbian Relationships described inclusion of same-sex attracted women in the domestic violence movement. In their piece, “Community Organizing: One Community’s Approach,” they explained how feminist therapists provided an important resource for female victims/survivors until self-help groups were forged. It was essential to utilize the services that allies and marginalized folks in their communities could offer. Furthermore, also in the mid-80s, an anonymous organization wrote in a piece called “Organizing Safe Space for Lesbians: A Community Based Program” about their strategies:

“We organized community meetings throughout the extended lesbian community in our area… Where we knew there were lesbian gathering places or supportive “peoples” places, we posted flyers. In scary areas, we used phone calls and word of mouth. At community meetings, we made a basic educational presentation titled ‘Violence in Our Lives.’ We defined physical, emotional, sexual, and societal violence. We explained the dynamics of victimization and better behavior, how violence escalates, lethality, the effects on our community, the difficulty of breaking the silence, the effects on children, confidentiality, what you can do if you are a victim, a batterer, or know someone who is and what lesbians can do about violence in our communities. We shared current resources, our goals, and then opened up the presentation to lots of questions and discussion.” 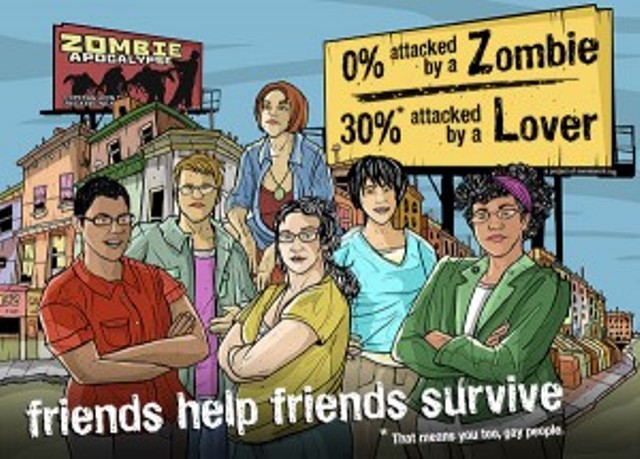 Domestic and intimate partner violence prevention are communities’ duties, not the burden of victims and survivors. It is also important that victims and survivors are given the space to guide and direct these prevention tactics and the movement at large. The Lesbian Abuse Issues Network (LAIN) said in 1986 that “the lesbian/gay community as a whole seemed quite concerned about street violence against its members, but domestic violence within homes and relationships seemed off limits” (“Community Organizing”). It’s really hard to talk too loudly about domestic violence in LGBTQ communities because quite frankly, it makes us look “bad.” We have to acknowledge that the heteropatriarchy still wreaks havoc on our families and relationships, and that we find, hide, and sometimes even foster abuse in our own communities. The amount of time we spend talking about same-sex marriage, Beyoncé, and sex positivity can also be spent educating our young queers on healthy and safe relationships, on developing batterers’ intervention, and getting victims/survivors the resources they need. Furthermore, we must educate bystanders on how to best support victims/survivors of domestic and intimate partner violence, because silence is complicit in violence. We cannot just assume that if someone is in trouble that they will call the police or find a shelter, or that these options will be open to or helpful to them if they do. Legislative advances like the inclusion of LGBTQ folks in the Violence Against Women Act have definitely increased the resources that queer, female victims/survivors can access, but it does not necessarily help queer women flee abusive relationships or stop the violence from taking place.

We must see our communities as having a greater stake in the safety of our queer siblings. I refuse to settle for statistics and sad news stories. Community response and action is the foundation of survival for marginalized communities, and it always has been. I truly do believe that some day domestic violence can be eradicated, but ending domestic violence begins with collective solidarity.

*Victim/survivor: I use both terms because legally, depending on how recent a case of domestic violence has occurred to an individual, the legal system regards the individual as the victim. But I think self-identification is more important than legalities so I offer the term “survivor,” for those who identify in that way. “Victim/survivor” is a compromise for both forms of identification, which serve their own purposes in various contexts.