In a confusing and frustrating case, UMich student president Chris Armstrong’s protection order suit against Andrew Shirvell has been denied. It would appear that the judge did not agree with Armstrong’s contention that his personal safety was in danger, and so for now Shirvell seems to have come out on top. However, because of a complicated legal situation which I don’t fully understand and which has something to do with the fact that the judge ruled “without prejudice” or possibly the fact that the judge’s sister once attacked Shirvell, Armstrong is able to refile. But, according to unsubstantiated sources, is maybe not going to? The facts are unclear, but also not promising. (@queerty) 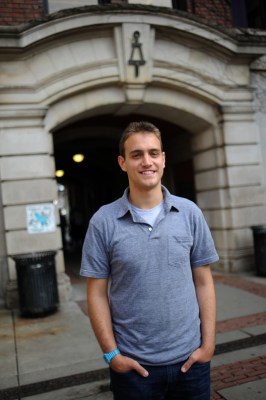 What is actually even worse is the fact that Shirvell is apparently threatening to sue the University of Michigan for banning him from campus.

On Sept. 14, the day after Armstrong filed for an order or protection, campus police warned Shirvell against stepping foot on campus. With Armstrong being denied the order, and formally withdrawing it, Shirvell wants back on the Ann Arbor campus — but that decision, says the university, can only be made upon a meeting between Department of Public Safety chief Ken Magee and Shirvell. (Shirvell has requested a meeting several times; he has yet to have one scheduled.)

Because yeah, Shirvell was really disadvantaged and injured by this whole saga. It’s been really hard on HIM. Jesus H. Christ. It’s as if there are no real consequences for stalking, harassing and threatening complete strangers solely on the basis of their sexual orientation! If there are any consequences for Shirvell, they will probably happen on November 5th, when he returns to work at the Attorney General’s office and also faces disciplinary hearings for his behavior. We’ll keep you posted!