If you Google “lesbian films,” the first link Google will hand you is this list of the Greatest Lesbian Movies. #1 on the list is this rom com: 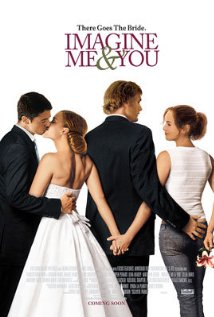 Look at all this romance..

What films would top your list? Would “Imagine Me & You” make it at all?  Bitch Flicks has put out an open call for LGBTQI submissions  welcoming all proposals examining LGBTQI themes in film and television should you be motivated to share your opinions on queer representation in film, rank your favorite queer television characters or create your own list of lesbian films.

In case you aren’t familiar, Bitch Flicks is:

…a website devoted to reviewing films through a feminist lens. We’re interested in conversation about movies—good and bad—and the roles that women play in them. We strongly believe that movies both shape and reflect social values, and that the post-feminist leanings of many women today are misguided.

As for basic guidelines for submissions, the piece should include some images and links with a length of around 1,000-2,000 words. Email (btchflcks(at)gmail(dot)com) the piece with links to images no later than Friday, June 22nd and don’t forget to include a 2-3 sentence bio.  Both original and cross posts are welcome. Share your thoughts, feelings, and feminist critique of LGBTQI film and television with the internet today!