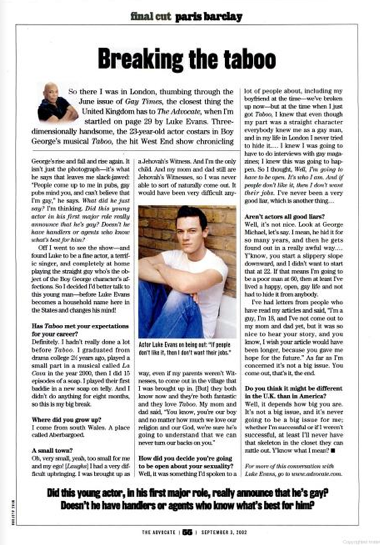 Actor Luke Evans got his start in London theater, doing shows like Rent, Taboo and Avenue Q. Now he’s in America, poised to become The Next Big Heartthrob Thing — he’s got a leading role in The Three Musketeers, will play Zeus in upcoming film Immortals, will star opposite John Cusack in The Raven next March, and in December 2012 will be seen in the highly-anticipated movie The Hobbit.

Also, he is gay. Or, was gay. Or is bisexual. Or (and this seems most likely, based on the cagey and bizarre way his introduction to American media has been pulled off) he’s queer and has gone back into the closet at his publicist’s request.

Luke Evans declared himself “out and proud” in The Advocate in 2002, when he was still in theater. The Adovcate article about Luke Evans asked the reader: “Did this young actor, in his first major role, really announce that he’s gay? Doesn’t he have handlers or agents who know what’s best for him?”

Well, if he didn’t then, he does now.

On the heels of Zach Quinto‘s coming out, The Daily Beast published an article today entitled “Can An Action Star Be Gay?” which tackled the complicated issue of Luke Evans‘ sexuality and its relationship to his potential position as a teenage heartthrob.  Of course, this was also a great opportunity for The Daily Beast to discuss everybody’s favorite topic in the whole world on a more general level: whether or not gay men can be Real Movie Stars (see also: this and this and this and this).  It even includes the standard mention and subsequent discrediting of Neil Patrick Harris’ success — this time they mention that yes, he’s played romantic leads, but only in comedies. So gay men can be funny romantic leads, but not dramatic romantic leads? (That being said, it’s a good article and all the potentially controversial parts are quotes, not opinions from the author.) 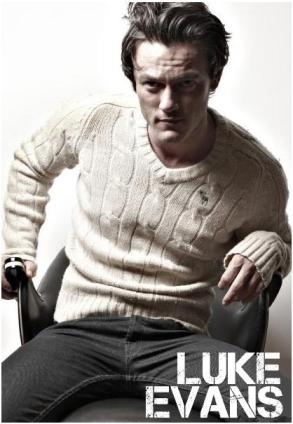 How did you decide you’re going to be open about your sexuality?

Well, it was something I’d spoken to a lot of people about, including my boyfriend at the time — we’ve broken up now — but at the time when I just got Taboo, I knew that even though my part was a straight character everybody knew me as a gay man, and in my life in London I never tried to hide it… I knew I was going to have to do interviews with gay magazines, I knew this was going to happen. So I thought,Well, I’m going to have to be open. It’s who I am. And if people don’t like it, then I don’t want their jobs. I’ve never been a very good liar, which is another thing…

Well, it’s not nice. Look at George Michael, let’s say. I mean, he hid it for so many years, and then he gets found out in a really awful way… y’know, you start a slippery slope downward, and I didn’t want to start that at 22. If that means I’m going to be a poor man at 60, then at least I’ve lived a happy, open, gay life and not had to hide it from anybody.

When asked if it was different being out in the U.K. versus being out in America, Evans says, “whether I’m successful or if I weren’t successful, at least I’ll never have that skeleton in the closet they can rattle out. Y’know what I mean?” 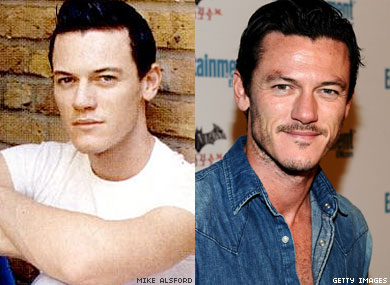 luke evans, then and now

It was gay pop culture site AfterElton who noticed recently that Luke’s wikipedia page had been revamped to erase all traces of The Advocate Interview. Prior to that adjustment, Evans’ wikipedia page read simply “Luke Evans is openly gay”:

…but earlier this year it was locked and changed to:

“Luke lives a private life and rarely speaks about his personal life. He has made it clear in the past that press and private life are very separate and should never be mixed. There has been interest in an interview he did in 2002, while starring in Taboo, Evans was interviewed by The Advocate and spoke about his personal life. In the article Evans stated, “I know that even though my part was a straight character, everybody knew me as a gay man, and in my life in London never tried to hide it… So I thought, Well, I’m going to have to be open. It’s who I am. And if people don’t like it, I don’t want their jobs. In the last 10 years Luke Evans stance has always been to remain quietly dignified and focus solely on his career, family and friends which are incredibly important to him.”

Apparently that section was then deleted to remove any discussion of his personal life, but at some point it returned to this particular incarnation (this is what it says right now):

The woman they’re referring to is a PR guru named Holly Goodchild, who, according to this this article from September 2010, is dating Luke Evans. She’s quoted as saying, “Luke’s lovely – we’re really old friends and it just sort of happened,” but Evans isn’t quoted at all. Upon discovering the wikipedia inconsistencies, AfterElton tried to get a statement or set up an interview with Luke. This is the response they eventually got from his publicist:

I do not comment on my client’s personal lives in the media. As for Luke, he did so once, a long time ago when he was an inexperienced, young actor and now with maturity and hindsight, he has learned not to engage the press in his personal life again.

To further cement his interest in the ladies, he recently appeared in uber-heterosexual apocalyptic literature magazine Cosmopolitan with “8 Surprising Things You Need to Know About Men,” in which he mentions impressing “hundreds of women” with his cooking. By the way, these girls “always come back for more.” The best part is when he points out that “Absolutely we can have female friends and not want to have sex with them. You dream about having sex with them, but you don’t actually have sex with them.” I bet!

This is a far cry from his 2004 interview with Gaydar nation (via Queerty):

Years and years. I bought my first film when I was 15 and now I have a good collection and I add to it regularly. I research it almost every night!!

“We don’t have an out male action hero, yet… [Luke] is a wonderful actor, he’s got great composure, he’s very articulate… Pop culture, public sentiment, and politics all sort of move in alignment, OK? Politics is probably the last, the slowest; pop culture the first, public sentiment follows and then the political cover is there. But they all work together. Pop culture is huge. Somebody coming out still is huge. And look at the landscape. Look at how many openly gay people you have on network television.”

What’s interesting about these conversations is that they aren’t really about sexual orientation at all. They’re about gender and the idea that for men, homosexuality/bisexuality and masculinity are apparently mutually exclusive.

When it comes to women, it’s logically reversed — women with more masculine presentations, like Ellen DeGeneres are perceived as unable to convincingly play a romantic female lead, but there’s been no hesitation to cast out feminine actresses like Amber Heard, Sarah Paulson, Kristanna Loken, Portia De Rossi and Cynthia Nixon in “female romantic lead” roles. Is that partially because to potential male fans, a woman who says she’s a lesbian” just hasn’t met the right man yet” and to potential female fans, a man who says he’s gay “has had buttsex with other men.”

But seriously fuck me in the ear if America isn’t ready for a gay action hero or gay romantic lead! 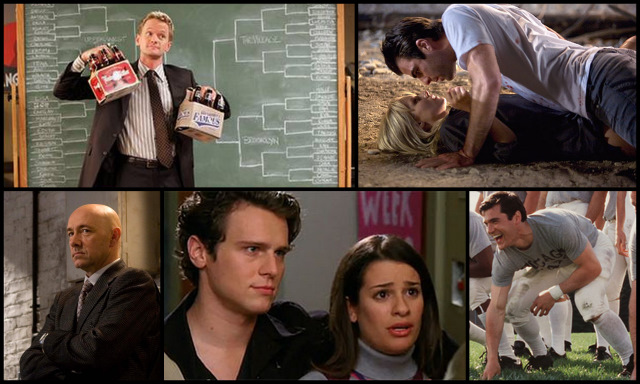 Has anyone consulted the American People about the impact of Luke Evans’ sexuality on the likelihood they’ll be watching The Three Musketeers?  Or is this just a question asked by Newsweek and the publicists responsible for the careers of people like John Travolta and Luke Evans? Things have changed since 2002, haven’t they?

Isn’t it about time we try to conjure up some evidence to support these irrational fears? Yes, in the mid-90s, the Ellen DeGeneres romantic comedy Mr.Wrong flopped and everyone blamed her coming out. Yes, Rupert Everett once said coming out hurt his career. Queen Latifah‘s romantic comedy Just Wright bombed, but she’s not even out and the movie was bad, regardless.

It’s my belief at this time that the conversation about sexual orientation is actually over and slowly becoming obsolete. Behind that conversation is the real issue: unease around gender roles and gender deviance. It’s a far more complicated and challenging issue and will take longer to sort out, if we ever do.