To me, maternity wear has always been the light blue, gauzy polyester dress with the faux lace collar that my mother wore to her baby shower before my sister was born. She looked beautiful in it, but it was such a particular style: pretty, delicate, feminine feminine feminine. And while that style works well for the femmes of the world, it leaves out a huge number of people who have just as much interest in pregnancy, style and comfort.

So thank the universe for Butchbaby & Co., a new clothing company by  Vanessa Newman and Michelle Janayea, and their upcoming seven-piece maternity line for androgynous and masculine-identified parents-to-be. Vanessa got the idea in college, when she and her best friend were daydreaming the rest of their lives and realized some things: They both wanted to carry children, and neither had ever seen the clothing they pictured wearing while doing it. The standard options of scoop-neck tees, loose, flowy tunics and maxi dresses whispering gently of femininity didn’t appeal to their butch tastes. So Vanessa decided to make her own. She teamed up with designer Michelle, and Butchbaby was born. 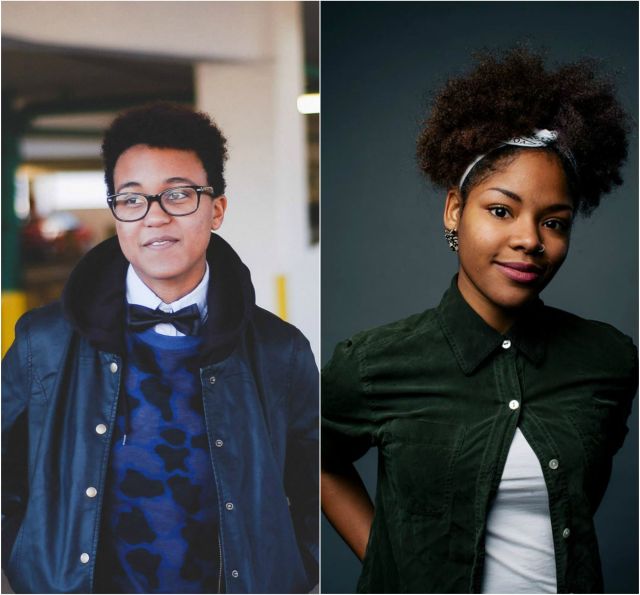 Vanessa and Michelle
via Butchbaby & Co.

The pair has already produced some prototypes, and they’re planning a crowdfunding campaign for next fall. By winter 2015, you’ll be able to pick up the pieces they’ve designed so far:

There aren’t any prototype images out yet, but I can’t wait to see them. For email updates on their progress, subscribe here, or follow the company on Twitter.

Well… what can we say, we’re here, we’re queer, and we’re working on making some great androgynous maternity wear for you! #FirstTweet