The holigay season is in full swing, and I know that for many of us (including me, ahem), it means getting weird because of how much time you’re spending around family and/or falling into an anxiety spiral. That’s why, my dear queer friend, this Sunday Funday is a special holigay emergency edition. Got an SOS? I’ve got an animal video and a tidbit of good gay news to make it all go away. Like this! 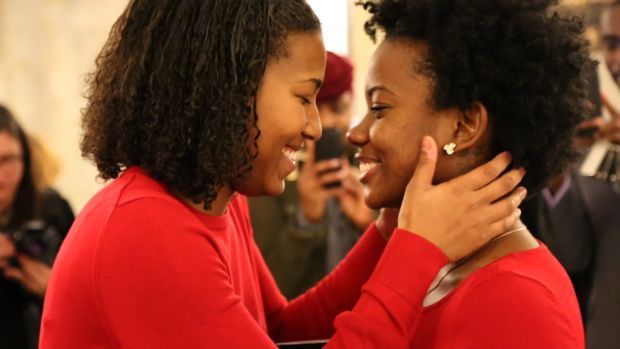 Brittany and Alexis, two leaders of the protests in Ferguson, just got gay married. The two University of Missouri students met in August, where they were doing activist things together like good humans. Both have put off school to devote themselves full-time to the movement, and right now I’m giving up the rest of my day to devote myself to reading their revolutionary love story.

Surrounded by supporters on the marbles steps of City Hall’s rotunda, Templeton told the story. “Last night, we were sitting in the kitchen and she asked me, ‘Would you marry me?’ I said, ‘Absolutely. As a matter of fact, I’ll do it tomorrow.’”

Templeton added, “Since she’s made me happy for 130 days, I want to make her happy for the rest of my life.”

To a chorus of “awwws” and the flashing of cell phone cameras, Templeton got down on her knee and proposed officially to Ferrell.

“One hundred and thirty days ago, I fell in love with somebody and her six-year-old mini me,” Templeton said to Ferrell in her proposal. “I didn’t expect you to want to be with me … other than fight on the front lines with me. You have every single piece of my heart.”

In case you needed a reason to drink champagne this morning.

President Obama, Like the Rest of Us, Has No Time for Men

President of the United F*cking States Barack Obama took zero questions from men at his annual end-of-the-year press conference, making herstory one more time in his second term and also pleasing me to no end. It has also been confirmed that this complete and total disregard for men’s inquisitions in the modern world was done on purpose, making it a zillion times more rewarding. 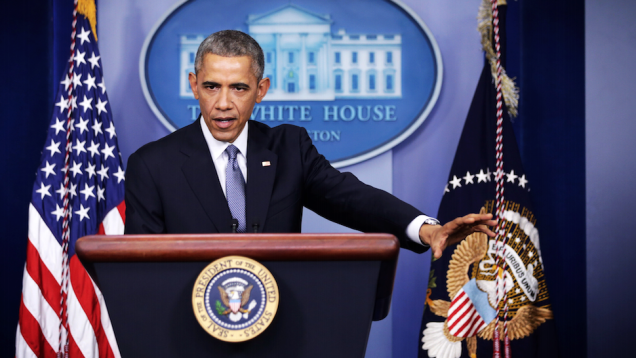 “It’s like, I’m over here… and my interest in men’s words are all the way over here.”

Queen Bey sent Laverne Cox a Christmas gift this year, making all of our hearts swell at least two sizes. Right? Please confirm I am not alone in this.

So when I opened this holiday card a few days ago and read Love @beyonce I literally fell to the floor. I was on the floor of my apartment. I have witnesses. Love the #CakeByThePound sweatshirt. Thanks Bey for the gift. I have had an awesome year and this is certainly a highlight. Happy holidays Mrs. Carter to you and your beautiful family. Thanks for all the amazing music and endless inspiration you’ve given to me and so many over the past 16 years. Since No No No I have been saying YASSS YASSS YASSS! #QueenBey foever.   Een foto die is geplaatst door laverne cox (@lavernecox) op Dec 12, 2014 at 3:15 PST

Look at These Adorable Animals in the Name of Science

Once again, you can have it all. Get smart and get warm and fuzzy!

+ The Supreme Court has given gay marriage in Florida a green flag! Expect invites soon, because the first weddings will take place on January 6. In other news, I can now watch The Birdcage and plan my South Beach wedding without any complications.

+ Ireland is finally putting gay marriage to a vote. A referendum next May will determine whether or not queers will cheers with beers about their rights in the – well, actually, what’s a nickname for Ireland anyway?

+ Yesterday was “Freedom to Marry Day” in Salt Lake City because Utah’s had legal gay marriage for a whole year, you guys! 365 crazy nights! 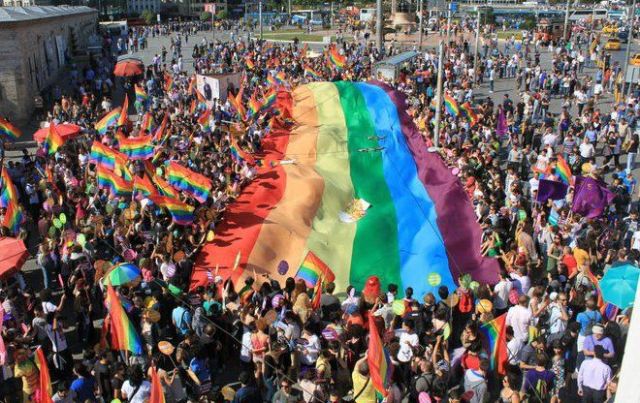 + Trans workers are now officially protected under Title VII of the Civil Rights Act, because Attorney General Holder said so. No ifs, ands, or buts about it.

+ DC’s Department of Housing has a new director, and she’s totally gay. 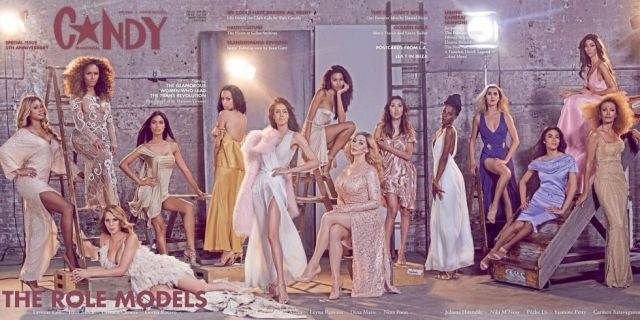 I’m not entirely sure how to package this as being any more relevant to your interests. Isn’t this every single one of your interests rolled up into one amazing thing?