At this very moment Laneia and Sarah are at Bonnaroo and you are seething with jealousy as you wonder if your refrigerator has acquired magical powers and restocked itself since the last time you checked it ten minutes ago. Nevermind, that’s what I’m doing. But if you’re reading this that means you probably aren’t at the festival either. Bonnaroo may not be broadcasting musical performances on youtube a la Coachella but Comedy Central will be live streaming the performances of some fantastic comedians. 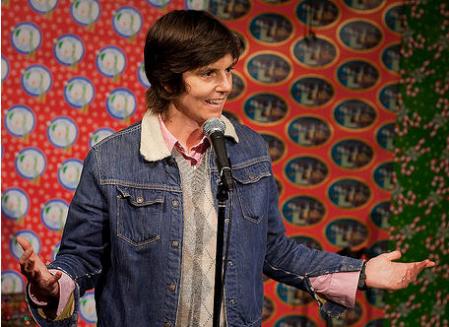 At 6pm ET, Sunday June 12th, there will be so much stand-up happening and it could all be happening on your computer screen. Hurrah! There is a serious lack of female comedians because women suck and aren’t funny but the one that did manage to make the bill is queer comedian Tig Notaro. Other performers I’m excited to see include Donald Glover of Community, 30 Rock writer, Hannibal Buress, and Daily Show Correspondent, Lewis Black. What female stand-up comedians would you have liked to see at the festival?