As the 2012 election approaches, the dial is slowly being ratcheted up on the conversation around Obama’s contributions to the gay community – has he done enough? Is he doing enough now? What will he be able to accomplish by 2012? If a Republican president is elected, what will they be able to instantly overturn?

High on the list is whether or not real progress will be made on repealing the Defense of Marriage Amendment. Could Obama’s legacy be forcing the federal government to recognize same-sex marriages? If you’re optimistic, it seems possible. According to the New York Times, however, things are a little more complicated than that.

Right now, the (very general) situation is that gay marriage is recognized by a few states, but not at all by the federal government. A repeal of DOMA would be a big deal for this reason; it would mean that people who were legally married could, say, file joint federal tax returns, and list each other on their employer’s health insurance. Unfortunately, if DOMA were repealed tomorrow, it would not have a sort of Gay Family Emancipation Proclamation effect where all legal headaches for gay married couples suddenly vanish. Instead, kind of paradoxically, suddenly the opposite problem would exist: couples would have their marriages recognized by the federal government, but only in states that agreed to also recognize their marriage. Confused yet?

“There is the possibility that, even without DOMA on the books at all, that a married same-sex couple might not be treated as married by the federal government as to some particular program, benefit or obligation because of simply how the particular federal program determines eligibility in looking to state law to see if a person is married or not,” said Gary Buseck, legal director of Gay & Lesbian Advocates & Defenders.

Consider a fictitious couple, Will and Henry. The couple was married and lived in Massachusetts but decided to retire to Florida, where they’ll apply for Social Security. The agency will look to determine the status of their marriage under the law of the state where they live on the date of application for the benefit, Mr. Buseck said. And Florida won’t deem them married. 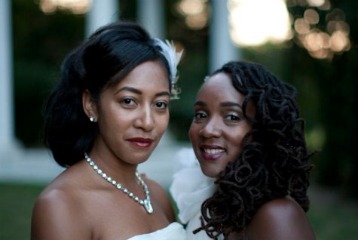 What’s a gay family to do? And what’s the real point of working to repeal DOMA if it won’t help families avoid the hopscotch across the nation of sympathetic states? “Even if the efforts for repeal were successful, only couples living in states that recognized gay unions would achieve most of the benefits afforded to straight married couples. Indeed, there are 29 states with constitutional amendments that define marriage as between a man and a woman, while another 12 states have similar statutory provisions, [Brian Moulton, chief legislative counsel for the Human Rights Campaign] added.” 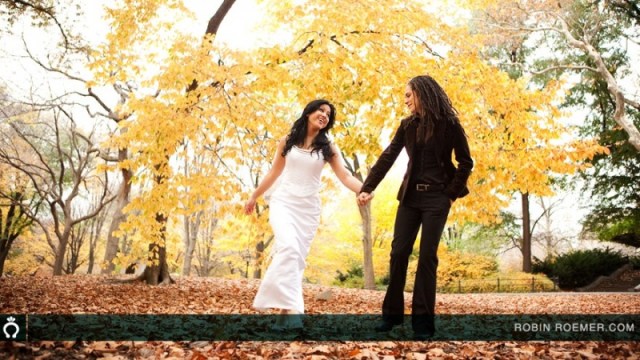 Well, fortunately there are people working to fix this. It turns out that way back in March the Respect for Marriage Act was introduced in both the House and the Senate. Aside from being one of the most accurately named pieces of legislation in memory, it would include a provision known as “certainty” – a very reassuring word, no? – which means that “marriages that are valid in the state where the couple got married will be recognized in other states for the “purposes of any federal law in which marital status is a factor.”

It isn’t certain that the repeal of DOMA would leave this loophole, but it is fairly certain that if passed, the Respect for Marriage Act would close it. And it’s an indication also that the administration isn’t just going through the motions as far as this issue is concerned; there seems to be a real sense of momentum for resolving this issue in the long term. It speaks to the legislature’s ability to understand the realities at stake for the families this affects, rather than relying on symbolic gestures to win the support of a community. As complex as the future of gay marriage might be, hopefully we’ll see it advance to whatever the next stage is sooner rather than later, and that this support doesn’t waver.