Los Angeleans! It’s me, Alex. I’m back to tell you what to do/where to go, etc as usual. This time it’s the Los Angeles Pride edition and I am telling you that if there is one thing to do after the parade this Sunday June 12th in West Hollywood, it’s PYT Productions‘ Pride Party Fundraiser for Revel and Riot.

What is Revel and Riot? Only the coolest (and Autostraddle’s favorite) gay t-shirt makers around: 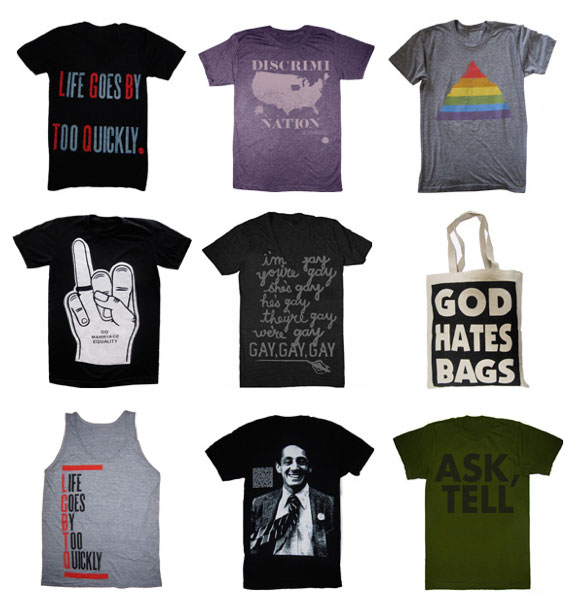 I have the Harvey Milk shirt. It’s awesome. I wear it all the time.

So let’s go through this again:

Here are the deets – see you there! 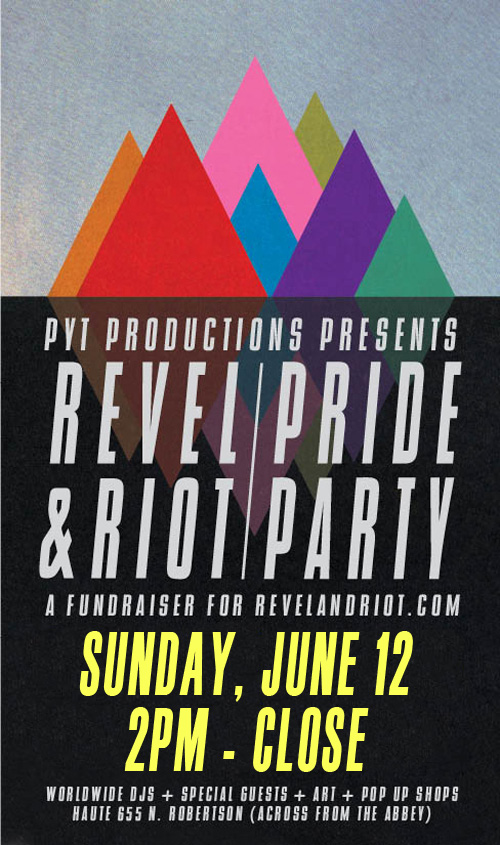