So about that “defending DOMA because the Obama administration doesn’t want to anymore” thing? Yeah, fancy-expensive law firm King & Spalding was supposed to take care of that. More specifically, Paul Clement, who now we all know commands rates of $520 to $900 an hour, was suposed to take care of that. Now I’m super-bad at budgeting but I don’t need Suze Orman to tell me that kind of thing isn’t exactly a necessary expense, especially when it’s coming out of our tax dollars.

Anyhow Paul Clement doesn’t wanna do it anymore. The story broke this morning by a reporter at The Huffington Post.

Today the firm filed a motion to withdraw from its engagement to represent the Bipartisan Legal Advisory Group of the House of Representatives on the constitutional issues regarding Section III of the 1996 Defense of Marriage Act. Last week we worked diligently through the process required for withdrawal.

In reviewing this assignment further, I determined that the process used for vetting this engagement was inadequate. Ultimately I am responsible for any mistakes that occurred and apologize for the challenges this may have created.

King & Spaulding was under pressure from a lot of gay rights groups, particularly because King & Spalding noted itself to be a gay-friendly firm — and a clause in the contract actually would prevent any of their lawyers from engaging in any advocacy to “alter or amend” DOMA. The leader of Lambda Legal told The Huffington Post that the firm would have trouble recruiting lawyers if it went forward on this case and sure enough,  D’Arcy Kemnitz, the executive director of the National LGBT Bar Association, was considering dropping K&S from their annual career fair which the firm had attended in the past.

Statement from Joe Solomnese of the Human Rights Campaign:

King & Spalding has rightly chosen to put principle above politics in dropping its involvement in the defense of this discriminatory and patently unconstitutional law. We are pleased to see the firm has decided to stand on the right side of history and remain true to its core values. Speaker Boehner is likely to pursue continued defense of this odious law. However, law firms that value LGBT equality should remain committed to those values.

Nancy Pelosi, who said in a statement that “the hypocrisy of this legal boondoggle is mind-blowing” because “Speaker Boehner is spending half a million dollars of taxpayer money to defend discrimination. If Republicans were really interested in cutting spending, this should be at the top of the list” — released this statement via her spokesman:

Leader Pelosi shares Mr. Hays’ apparent concerns with the lack of transparency and accountability in the way this contract was signed. She also vigorously opposes using half a million taxpayer dollars or any taxpayer resources to defend discrimination, at a time when Republicans in Congress are cutting critical initiatives like education and infrastructure. It is now more critical than ever that Speaker Boehner fully account for his decision to sign this half million dollar contract to defend this indefensible statue.

“We commend the partners of King & Spalding for rightly recognizing that their participation in furthering discrimination against gay Americans was unacceptable. All Americans deserve access to an attorney, but attorneys need to be held accountable for the clients they voluntarily decide to represent. Furthermore, Speaker Boehner has an army of in-house legal talent at the House of Representatives who could ably represent his position in court. If he is serious about cutting the deficit he needs to look to his in-house counsel to represent him in these proceedings, instead of spending taxpayer dollars for a service already provided to his office.”

So what’s next for Boehner’s campaign to defend discrimination? Who will he find willing to take this case? Maybe Maurice Levy is free? 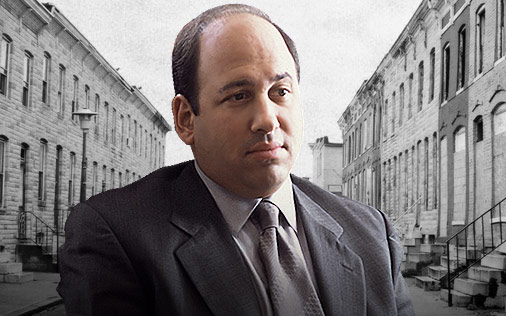