A Holly Jolly Welcome to you for your last Boobs on Your Tube of 2020. We’ll be back in January, when the CW gets in full swing and things should be mighty gay around here. Until then, Drew watched the trans television masterpiece Veneno that all the cool people have been talking about on Twitter (you can catch it on HBOMax over your holigay break). Speaking of things you can stream and Twitter, did you know that tonight you can revisit the campy classic Grease 2 with Vanessa on our Twitter account? Pop some popcorn, pull out your pink ladies jacket, and get ready for that! Shelli rewatched Happiest Season again, just to pull out all the hot fashion moments in that movie we love to discourse over and to teach you how to copy them, so please send along your Thank Yous.

Check out these new photos from the season 2 premiere for 'Batwoman'!

+ Much to my surprise, Tammy Gregorio’s sexuality has been a recurring storyline on NCIS: New Orleans this season. In recent episodes, Tammy realized that the reason that she’s never had a serious relationship is because doing so means telling her very Catholic family that she’s gay. But after having finally met the right girl, Tammy finally comes out… only to discover her mother already knew. — Natalie

+ I watched all of Big Sky and overall enjoyed it! I 100% only watched it for a dose of Kyle Bunbury because I miss her on my teevee, but the show ended up having a really interesting trans character. Michelle, played by non-binary actor Jesse James Keitel, is really great, but I am not qualified to write about whether it’s good representation — so I’m just here to tell you I watched it and enjoyed their character! (But also her character goes THROUGH IT so that’s a warning from me to you.) — Valerie Anne

+ If anyone was curious what show I’m watching now that I’m very late to that Natalie absolutely told me/us to watch but it took me two years to listen, I’ve caught up on Station 19 and I’m onto Imposters. So far, so great. — Valerie Anne

+ I also watched The Wilds; look out for a full review next week! — Valerie Anne 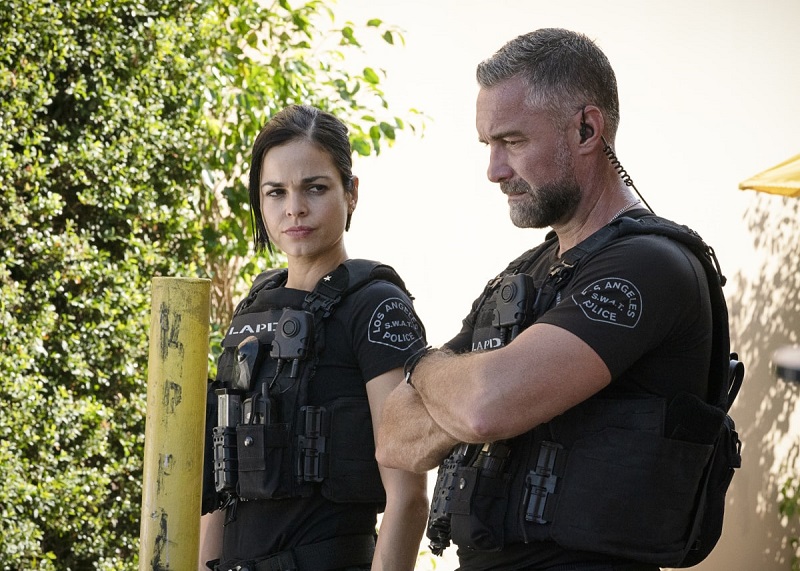 While off-duty, Chris spots a couple fighting across the parking lot and runs over to step in when things start to get physical. She threatens to arrest the boyfriend for assault so he relents and his ex-girlfriend — who had been panhandling for her cancer treatment — scurries away, sliding into a chauffeur-driven luxury car. Suspicious, Chris snaps a photo of the car’s plates and investigates the situation.

The next day, Chris returns to the same parking lot and finds the boyfriend (Dylan) waiting. He explains that the owner of the car, who calls himself Bishop Miller, is the leader of a cult and he’s holding his ex-girlfriend, Zoey, and other kids. Just as Dylan finishes sharing Zoey’s story, one of Miller’s henchman drives by, shooting a threatening stare in his direction. The attempt at intimidation cements Chris’ interest. She gets additional information from Dylan and promises him that she’ll stop by the church to see if Zoey needs help. She can’t promise more than that: Zoey’s 18 and can make her own choices.

Later, Chris stops by “Kingdom of the Blessed” and, after the service, Miller leads her to Zoey. She refuses to leave with Chris but her fear is palpable enough that Chris recruits Deacon and Hondo to help. When Chris updates Dylan on their progress (or lack thereof), he walks away frustrated. But before he can intervene on his own, Miller’s henchman snatches him from off the street.

The kidnapping kicks the investigation into high gear. Chris goes back to the church to try to talk to Zoey but Miller tells her that Zoey’s left the church. This time, he clocks her as LAPD and ushers her out of the space. Chris and Deacon corner Jenn, one of Miller’s panhandling parishioners, who tells them that Zoey’s at the Yellow House, a “self-improvement center for hopeless sinners.” They’re able to locate the facility and when the dust settles, they find one girl, locked in a cage — clearly a victim of psychological torture — and Dylan, dead, in his cage. The girl reports that Bishop killed Dylan and then took Zoey.

Later, Jenn tips Chris off that Zoey and Miller are slated to get married during the church’s afternoon service. SWAT springs into action but when the Bishop hears them coming, he and Zoey escape out a side door. The team catches up to Miller — who’s holding Zoey at gunpoint — and urges him to let Zoey go. He refuses, loudly proclaiming that Zoey will be fine on the other side, but before he can pull the trigger, Chris’ sniper rifle takes him out. 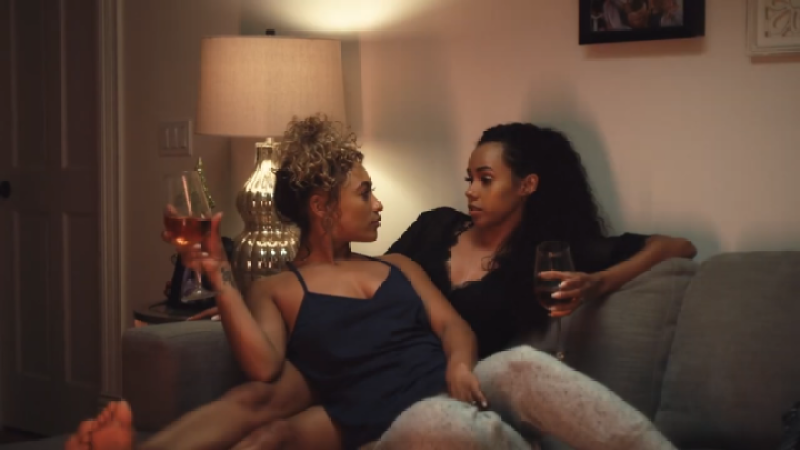 Add one more to your gay holiday movie binge: BET’s The Christmas Lottery. The movie’s the story of three estranged sisters who return home for the holidays when their father announces he’s won the lottery. The eldest sister, Deidre, and her wife, Belinda, don’t have to travel far: they’ve been in Houston, helping Deidre’s father run the family restaurant and taking care of Deidre’s mother who’s suffering from dementia.

The Christmas Lottery feels very Hallmark-esque — but with black people — so if that’s your thing, you’ll enjoy this. Don’t expect too much on the gay front, though: the only reason you know Deidre and Belinda are married is because they tell you every five minutes, not because of any real intimacy between the pair. Oh, BET, never change. 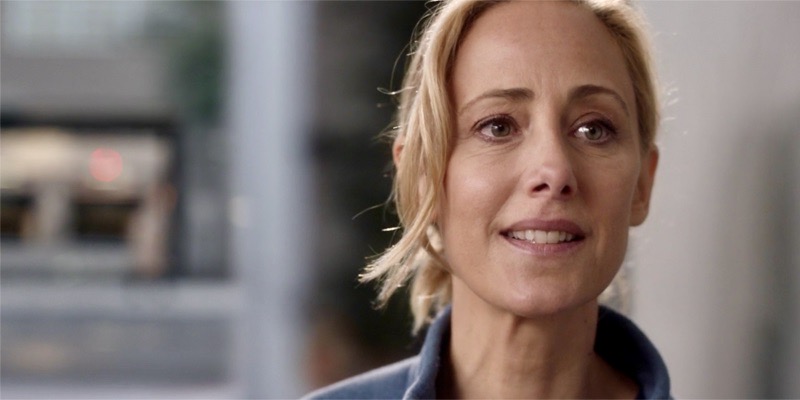 Teddy Altman is full of rage, full of heartbreak, working herself to the bone. She thought that if she kept Meredith alive (who’s had Covid since the season 17 premiere of Grey’s Anatomy) that would be enough. But the truth is that it will never be enough. We are all trying to survive something for which the future isn’t certain. It’s overwhelming, and terrifying, and Teddy doesn’t have anywhere to turn or anyone to talk with — because she turned the people who loved her, against her.

(I think Teddy Altman can do a lot better than Owen Hunt anyway, more on that later, that’s not the point right now.)

Chief Webber buckles down with the tough talk: If Teddy has nowhere to turn, that’s on her. She publicly humiliated the man she was going to marry and if she wants a port in this storm, it’s time she gets serious about making amends for her past.

(Sorry! Another aside from me! BUT Teddy has already tried talking with Owen, he’s the petulant baby who won’t listen. And that’s probably his right, given that she cheated on him on their wedding day and then an entire OR heard it — but let’s not act as if Teddy hasn’t tried here. We all know who Owen is, and how stubborn and awful he can be. Moving on!)

Teddy later has a moment alone with Owen outside the hospital. They haven’t spoken to each other in weeks unless its about their kids. So Teddy begins, “Alison…”

Owen stops her — their daughter is doing fine. But that’s not the Alison that Teddy is talking about.

Her best friend, she goes on to tell Owen, was much more than her best friend. And Kim Raver’s eyes go wide with fear, and love, and an edge of hope as she recounts for Owen the story we learned last year. That she was in love with Alison, that Alison was in love with her. They were each other’s great loves. This is when her voice pitches to a nervous crack — she’s starting to put together the puzzle pieces.

I first wrote about Teddy, Alison, and Teddy’s self-sabotage last spring when we first learned that Dr. Teddy Altman was bisexual. It’s a revelation to see the character grapple with the jagged pieces of her history, glittering them in the light and trying to understand them from new angles.

Owen doesn’t see it that way. He laughs — the most loud, nearly cruel, laugh of disbelief you can imagine. He’s spent hours, days, weeks revisiting their wedding day in his head. Trying to understand what he missed. But now (according to him, eyeroll) he knows that he missed nothing. Teddy was always a liar.

He spits out as he walks away, “you named our daughter after a lie.”

Teddy face breaks. But I’m hopeful — because getting rid of toxic and emotionally stunted Owen Hunt in Teddy Altman’s life is the first step to getting Teddy entangled with a woman who will treat her right. May we be so lucky when we return in 2021.