I often tell people that I have the geekiest love story ever told. I pretend to be embarrassed by it but, in reality, I think it’s pretty frickin’ adorable — don’t tell my partner, though, cuz I’ll never hear the end of it. The two of us met writing fanfiction back in 2001, a time where sex scenes were labeled as lemons and our favorite Gundam pilots were labeled by numbers instead of character names. In 2002, we met in person at Anime Central, me decked out in Gundam Wing merch and her rocking a hand-sewn outfit to become one of her favorite anime characters.

She’d go on to explain the concept of cosplay to me, and unbeknownst to the both of us, it would become a big part of our lives together. 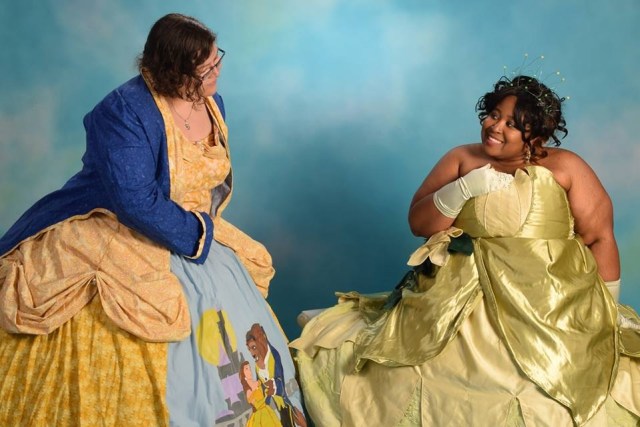 I remember feeling completely relaxed around her. More importantly, I remember feeling at ease as we held hands and walked the convention halls together. I never had a moment where I worried about someone starting some homophobic nonsense just because some folks feel the need to clutch their grandmother’s pearls when they encounter two ladies in love.

For three days, at the Hyatt Regency in Rosemont, Illinois, I felt like I could be myself.

This is why I’m so protective of the geek community. It’s a space that embraced me as I was taking baby steps out of the closet. I saw folks using LGBTQ+ flags as capes and others who cosplayed, drew, and wrote queerness into the fandoms that I loved. Honestly, it was probably one of the best places to explore my sexuality and go from assumed straightness, to assumed lesbianism, to most definite bisexuality.

But with my love comes a critical eye.

At 18, I clung to any bit of reassurance I could find. At 35? I’m more cautious about who I let into my circle. My acceptance is valuable. I’ve learned that it’s something that folks need to earn versus me trying to fit into someone else’s box.

If I had to pinpoint when my new way of thinking started to brew, I’d say it was back in 2013. Originally I’d thought I had to find a character who looked exactly like me in order to partake in cosplay. Spoiler: you’d be hard pressed to find many fat, black women in the media — let alone in geekdom. But by 2013 I’d been cosplaying on and off since 2004. My partner had become my seamstress. We’d go to two or three conventions a year. We would usually wear one costume, on Saturday, and be content with that.

One day, I’d gotten some pretty nasty comments about my cosplay. I’d love to say that it was a dark and stormy night to build suspense, but women who look like me deal with discrimination even on the brightest of Tuesdays. The comments ranged from whale comparisons to suggesting that I indulge in crispily fried birds — chicken, to be exact. In all honesty, it was the type of playground level commentary you’d expect from someone who could hide behind a Tumblr username.

Long story short: I didn’t take that shit lying down. I ended up gaining an online following over the very thing I was being made fun of for: being a fat, black, queer woman.

I spent the next couple of years upgrading my status as — gasp, a SJW — branding myself as a slayer of Internet nonsense because, seriously, what even IS a lesbian bed death? (Disclaimer: I know what it is, I just had to look it up.) My cosplay evolved from having my partner make exact replicas of character outfits to designing looks I was comfortable in. Styles she’d make that represented the character and me as a person. I could show my love for a character with my fat, black body, because at the end of the day, I was the only person who could cosplay a character my way. My conventions expanded from two a year to damn near two a month, and I’d rock a different look every day instead of just once.

Along the way, I’d continue to try my best to inspire those who knew me online or from cons to love themselves despite what random Twitter-User-With-Two-Bot-Followers said to them. I became more vocal about the issues that were important to me, namely, the interlocked oppressions and struggles of fat folks, black folks, queer folks — in an always necessary word: intersectionality.

Which brings me back to that critical eye.

I didn’t want to comment on it at first, because I didn’t want folks to think I was ungrateful for their support. These were people who had been there for me from the beginning of my fandom journey. They cheered for me as I dealt with a whole host of commenters who felt more like those random monster encounters in RPGs. We had history together. There was this fear that lingered in the back of my mind that people would think I didn’t appreciate them. But I realized that some were forgetting the and in my character bio. I’m black and queer and fat and a woman. There were those who were separating each of those labels.

Sure, some people were all smiles and you’re such an inspiration when I told off some jerk online who criticized my weight, but those same folks were suddenly uneasy when I brought up race. Even positive, uplifting hashtags like #28DaysOfBlackCosplay were met with, “Um, excuse me, I’m curious about what you’d think if I started 28 Days of WHITE Cosplay.”

I’m exaggerating. It was definitely less civil than that.

If you’re unfamiliar with the hashtag, #28DaysofBlackCosplay was created in order to shine a light on black cosplayers, a group who’s prone to discrimination and/or being treated like some rare trading card because wow I didn’t know black people were into that! Chaka Cumberbatch-Tinsley’s digital movement is celebrating it’s 5th anniversary this year and addresses a serious issue of exclusion within the geek community while giving black cosplayers visibility and a sense of community. But, as is often the case with anything with the word black in the title — folks took offense, even if they’d had my back before, even if there’s nothing negative about the hashtag.

This happened from all angles, too. I’d get virtual hugs about women’s issues, but head-scratching over whether or not the characters in my book had to be queer — “NOT THAT I HAVE ISSUES WITH GAY PEOPLE REPRESENTATION MATTERS I JUST THINK INSERTING AN ALL MIGHT SIZED FIST IN MY MOUTH IS A GOOD LIFE CHOICE.”

Sorry not sorry for the My Hero Academia reference. 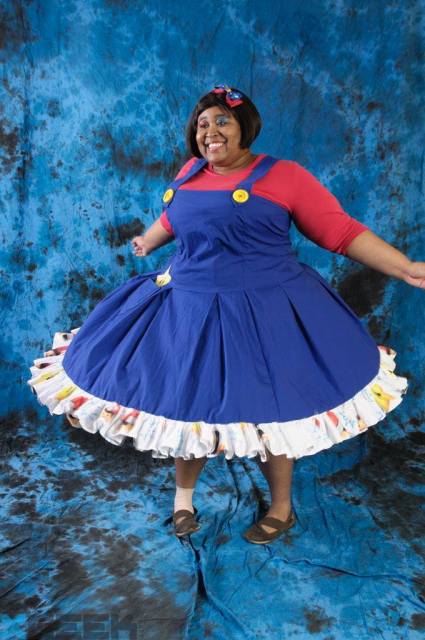 The worst (and most awkward) case scenario? Having a clash of the identities when one was propped up over or against another. “Black people should protest peacefully, like queer people” is a thing I’ve heard people say with their whole entire chest. I’d kindly point out how Stonewall was, in fact, a riot, and that they were asking a black queer woman to separate her identities because one was, supposedly, better than the other.

As the eldest Brady Bunch daughter once said: “Sure Jan.”

The whole enterprise was awkward, infuriating, and exhausting. I could wear my giant Rainbow Brite ballgown to Pride and get all the love, then have a white woman badmouth Black Lives Matter to my face. Yes. This happened. Truth be told the ability to simultaneously compliment and insult is quite common in identity division. We convince ourselves — hey, at least she liked my giant, ruffled rainbows, right? At least she was at Pride and here for the LGBTQ+ community, right?

But is it really support if my and is purposely being ignored? Insulted?

People don’t realize how damaging it is to only acknowledge a part of someone instead of their entire being, especially if you’re gonna badmouth one aspect of a person’s identity, but praise, support, or comfort the other. I don’t expect an immediate understanding of my fat, black, queer experience, but I would — at the very least — want some compassion.

I still adore the geek community. I always look forward to going to conventions, playing elaborate games of dress up, reuniting with friends, and meeting new people. I don’t think I’d be as open as I am if I hadn’t found this space with its black celebratory hashtags, it’s rise of queer-friendly merch in artist allies, and its cosplay is for everyone mantras. That doesn’t mean the community is without its flaws.

It’s OK to question the things you love. It’s OK to point out the problems and ask for folks to do better by you. It doesn’t mean you love it any less, it just means that you know that you deserve better.

Briana Lawrence is a freelance writer and self-published author who’s trying her best to cosplay as a responsible adult. Her writing tends to focus on the importance of representation, whether it’s through her multiple book series, or the pieces she writes for various websites. When she’s not writing about diversity, she’s speaking about it at different geek-centric conventions across the country, as she’s a black, queer, nerd girl at heart. After de-transforming from her magical girl state, she indulges in an ever-growing pile of comics, marathons too much anime, and dedicates an embarrassing amount of time to JRPGs. Her Magical Website Her Somewhat Coherent Twitter Her Cosplay Page Her Book's Facebook

Briana has written 1 article for us.