Question #6: Nicole – What is it like to have such great lips? Do you go through lip gloss faster than the average-lip-sized person?

Nicole: That’s amazing, I love that question, it’s so funny. Funny that they should ask about the lip gloss because one of my best friends growing up she had all these Lip Smackers in her car, and whenever I’d go to get it she’d be like, “Oh no, you’re gonna use like half of it!” So I was like, great, thanks.

So it’s been joked about … and it is kinda true! It’s a very flattering question. My Mom always called my lips “RVL” – she got that term from her grandfather — for ‘Rich, Voluptuous Lips.’ It’s nice, I’ve never had any complaints!

Riese: What about the Angelina Jolie comparisons?

Nicole: That’s — well, I can’t complain about that! It’s awesome, it’s so nice. I see it sometimes but when people get to know me they’re always like, Yeah, I saw it in the beginning but not so much now. So I don’t know what that means. And then I’ve gotten more and more of like, You look like Janene Garafalo mixed with Angelina Jolie, and I’m like, I don’t know what that would look like?

Riese: I think that’s like Angelina Jolie, but shorter?

Nicole: Shorter and like could be a little weird looking too. I’m not really sure.

Nicole: Oh so do I! I don’t think she’s ugly or anything; it’s just such a funny statement.

Question #7: So Rachael, our Intern Hot Laura wants to know if you will record her voice mail message for her? 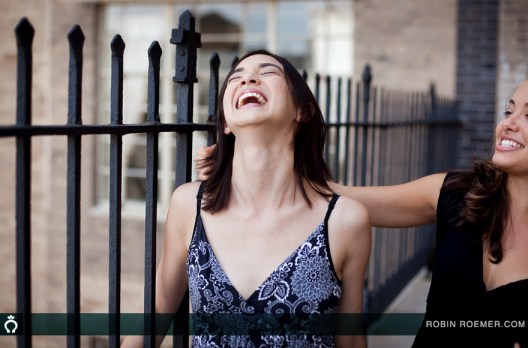 Rachael: YES. In a HOT SECOND.

Riese: I’ll let her know. She thinks you have a very hot voice.

Riese: That’s what we call her ’cause we think she’s hot.

Question #8: Has being the part of a show enlightened you on the LGBT community and the life of a young lady lover?

Rachael: Yeah. Like you were saying before, I grew up in the Northeast where it wasn’t a big deal. of course I was aware it was difficult for others but I hadn’t met anyone that had a terrible story. Now I’ve met people who have survived horrors and it’s so sobering. It’s absolutely made me re-calibrate my vision of what people are capable of, on both ends. Good and bad.

Nicole: I’ve been kinda really gay and immersed in the culture for a really long time. So the show didn’t change that. Actually part of the reason I wanted to be on the show was because of its connection to this culture.

But there’s some lesbian culture things I’ve learned. Being on AfterEllen and SheWired I learned about some “celesbians” I didn’t know about! [laughs] I feel I have to be up on the pop culture aspect some more.

Riese: What would you say is the biggest issue going forward for the LGBT community?

Nicole: Marriage. For me. It depends where you live. In other places it would be general tolerance, the ability to simply exist among people. But in this country, marriage is definitely something I’ve been an advocate with.

Riese: Do you wanna get involved in more activism stuff?

Rachael: Yeah! Yes! I’m more of the school of telling a good story is the most effective way to get to people. But it’s not like if called upon I would say no, but I think that storytelling is sort of my activism.

Nicole: I definitely feel the same way, but I also do directly wanna be involved. I go when there are rallies. I’m actually working on a project right now to bring together the LGBT community with something else I’ve been involved in which is advocacy for cancer research. I have a lot of cancer in my family. So we’re putting together a variety show with LGBT and women performers to raise money for cancer research. It’ll be called “The LGBT Community Gives Back.” We’re all part of the human family, and we’re affected by this disease among others, we all have family, we all feel weird and upset sometimes and we’re all people. The more the LGBT community can get out and be among everybody else in a positive way, that’s the best way.

Riese: So when is this gonna be?

Nicole: It was originally scheduled for September 18th, probably at Joe’s Pub, but it looks like it’s gonna be in October ’cause we’re looking to add an auction. We might do it somewhere else that we don’t have to pay, preferably something gay-oriented like the gay center or the Harvey Milk School.

Question: #9 How do you feel about acting in a webseries? Do you have more creative license? Do you feel there’s an opportunity for better gay programming online than in traditional media? 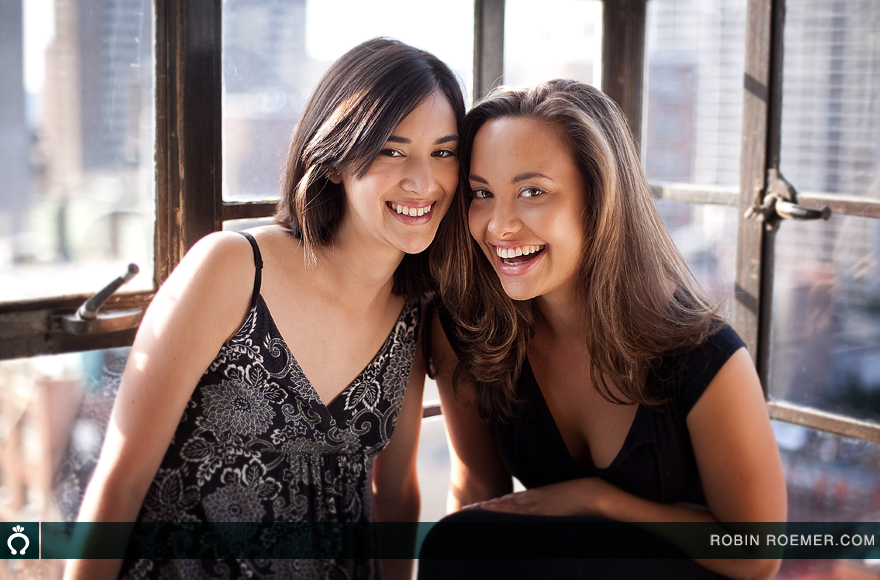 Rachael: I’m very thankful to be on a webseries, I think it’s really exciting to be on the ground floor of something that’s taking off. I’m not on the business end of it but I’m under the impression that there are much fewer corporate or network constraints, in terms of dealing with your demographic or wondering how things will play to a certain audience. There’s a lot more creative freedom in that way. There’s some great programming out there now and it’ll only get better.

Nicole: What’s cool about the web is the free reign you can do things that wouldn’t fly — or get picked up — on network TV. I’m incredibly thankful, it’s so legit and awesome. Personally, do I wanna be on television? YEAH! What’s cool is a lot of our fans ask, “When’s it going to TV?” There’s a desire for that.

Riese: Do you feel like there’s more freedom for more sexual content on the web or less, or are those decisions made more about your demographic rather than web vs. TV?

Nicole: I don’t know, I mean Gossip Girl is racier than our show.

Rachael: By a lot.

Nicole: As far as our show is concerned, if we wanted to we could do more. But for us we’re not constrained by our medium, really. It’s more what our director, producer and writer want to do.

Rachael: Lord of the Rings.

Riese: You guys are like a match made in friendship heaven.

Nicole: If you see my facebook picture right now that says it all.

Nicole: It’s me with a light saber.

Robin: Everyone that reads this is gonna join facebook to be your friend now! 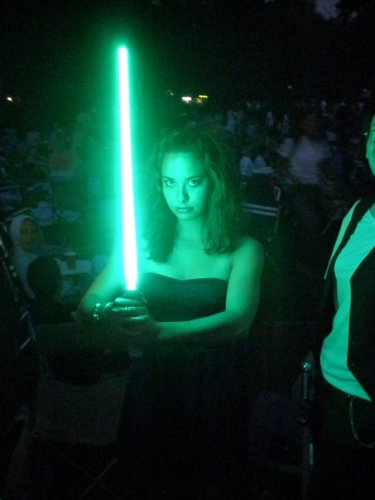 Anyone But Me is currently planning  its second season. Stay up on all of it at Anyone But Me‘s website!

Before you go! It takes funding to keep this publication by and for queer women and trans people of all genders running every day. And A+ members keep the majority of our site free for everyone. Still, 99.9% of our readers are not members. A+ membership starts at just $4/month. If you're able to, will you join A+ and keep Autostraddle here and working for everyone?
Join A+
Related:Anyone But MeAutofocusbisexualitygreatest hitsinterviewnicole pacentrobin roemer photoshoot