+ Comedian Bill Cosby, who has joined names like Roman Polanski, and Woody Allen as a beloved public figure who now stands accused of heinous sexual assault, was formally charged with sexual assault against Andrea Constand this week. Constand, a former basketball player and coach at Cosby alma mater Temple University, reported drugging and sexual assault by Cosby in 2005. Although she wasn’t the first to report Cosby to the police — Lachele Covington had done so in 2000 — she is often regarded as the woman whose story broke the case open for the public. Constand is also an out lesbian.

As part of Cosby’s deposition about his actions, which was sealed for many years and then unsealed, he claimed that the sexual interaction between himself and the women he admitted to drugging was consensual, saying “I think I’m a pretty decent reader of people and their emotions in these romantic sexual things, whatever you want to call them.” Constand’s bravely came out to the public, and revealed that when Cosby assaulted her, she was dating a woman; she helped make it clear that Cosby’s “reading” of his victims’ consent was at best imagined.

Diana Moskovitz at Deadspin has a comprehensive look at every step that brought us to Cosby’s being charged; she documents that harassment that Constand received from Cosby’s legal team, pressuring her to accept money, an apology or both in exchange for dropping her case. Reading about Constand’s account made many other women realize that they were part of a pattern and inspired them to come forward, and her willingness to be open about her sexual orientation in a media environment that was already hostile to her helped provide context to a pattern of sexual violence.

+ Ted Cruz’s popularity is rising in the polls, and so is his fundraising. The campaign raised over $45 million this year, and “ended the third quarter with the most cash on hand of any Republican presidential candidate.” Cruz and Trump are now the highest-polling Republican candidates.

+ This isn’t “news” per se but it’s interesting! This is an excerpt from a book about what the Reagan administration was really like and it’s sort of horrifying — he knew so little about the issues and was so likely to wander off on a tangent and start talking about making movies that his handlers mostly wouldn’t let the press talk to him — but also very interesting, I think especially in light of Trump! 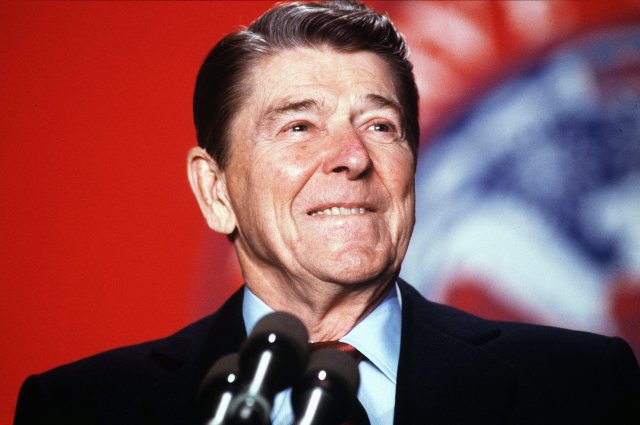 + Utah wants to defund Planned Parenthood, but a federal appeals court isn’t letting them just yet. For now, money from the state will continue coming to Planned Parenthood while the court considers whether to issue a longer hold.

+ A new law in Texas will make it nearly impossible for minors to access abortion, which is saying something because that was pretty impossible in Texas already. Abused and/or neglected minors who can’t or don’t want to ask their parents for consent for an abortion can instead ask for a judge’s permission, but now the judge has up to five days to return a decision, and whereas in the past the abortion would be granted if the judge didn’t rule at all, now the abortion will be “deemed denied” if the judge doesn’t return a ruling at all. In addition to the new law, data shows that many teens many not even reach the stage of speaking with a judge; when reached out to about obtaining a judicial bypass, “a mere 26% of counties provided the caller with factually correct information,” and “a stunning 43% of counties provided the caller with blatant misinformation.”

+ The Chicago police officer who’s shown shooting Laquan McDonald on tape has plead not guilty to first-degree murder and misconduct.

+ Several legislators in New Hampshire disagree over a proposed clause that would make it a misdemeanor for (only) women to show their nipples or areolae. The anti-nipple exposure camp is, unsurprisingly, all men. You can watch this entire disagreement play out yourself, because they got into a fight on Facebook about it. Although it’s legal for adults of all genders to be topless in NH, many local governments have public decency ordinances addressing female toplessness, and as state rep Amanda Bouldin told Jezebel, “There’s not, like, hordes of topless women roaming the streets and assaulting people. Everyone wears their clothes in New Hampshire; it’s cold outside! There’s no issue, so this bill is pointless.”

“New Hampshire government is so open and accessible that you really get a great view of what a bunch of idiots politicians tend to be,” Bouldin concluded. “They’re normal people just like anyone else, and they say dumb things, and they’re uninformed and uneducated, just like your neighbor next door.” 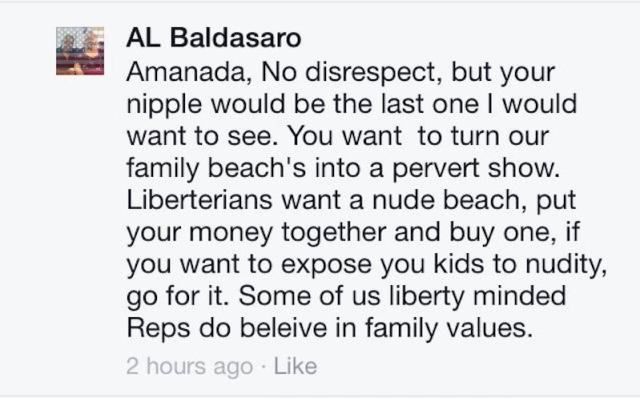 U.S. Immigration and Customs Enforcement is preparing a series of raids in a large-scale effort to deport families who have fled violence in Central America and sought refuge in the U.S., the Washington Post revealed in a recent report. Murder rates in Central American countries like El Salvador are at a record high, but the Department of Homeland Security is seeking to expel asylum-seekers fleeing this violence. Migrants’ rights organizations have condemned the plans by the immigration enforcement department. Characterizing the planned raids on refugees fleeing violence as a form of “terrorism,” the Fair Immigration Reform Movement (FIRM) said “advocates across the region are scrambling to prepare terrorized local communities.”

+ After the deaths at the hands of police of Quintonio LaGrier, 19, and Bettie Jones, 55, during a domestic violence call, Rahm Emanuel has announced that officers will be trained in the use of tasers and “defusing non-lethal situations.” That wasn’t part of the training already, you say? Apparently not!

+ The New York department of corrections is facing legal accusations that female inmates are routinely raped by prison staff; now another female inmate is adding her voice.

The Department of Corrections says there were 28 inmate rapes at Rikers in the last year. But New York City Public Advocate Letitia James said in an affidavit her office believes that number is dramatically undercounted, alleging that 98 percent of sexual abuse claims made last year to the city’s Department of Health and Mental Hygiene weren’t investigated at all. The DOH is tasked with overseeing healthcare at Rikers; James’ office says they told the DOC about 116 sexual abuse allegations made by inmates in 2014, including 28 rape allegations, but that the DOC only reported two of them to the NYPD.

+ Last week, a grand jury failed to indict the officers who killed 12-year-old Tamir Rice within two seconds of arriving on the scene. Tamir’s mother, Samaria Rice, has issued a statement.

“My family and I are in pain and devastated by the non-indictment of officers Timothy Loehmann and Frank Garmback for the murder of our beloved Tamir. After this investigation—which took over a year to unfold—and Prosecutor McGinty’s mishandling of this case, we no longer trust the local criminal-justice system, which we view as corrupt. Prosecutor McGinty deliberately sabotaged the case, never advocating for my son, and acting instead like the police officers’ defense attorney. In a time in which a non-indictment who have killed an unarmed black child is business as usual, we mourn for Tamir, and for all of the black people who have been killed by the police without justice. In our view, this process demonstrates that race is still an extremely troubling and serious problem in our country and the criminal-justice system. I don’t want my child to have died for nothing and I refuse to let his legacy or his name be ignored. We will continue to fight for justice for him, and for all families who must live with the pain that we live with. As the video shows, Officer Loehmann shot my son in less than a second. All I wanted was someone to be held accountable. But this entire process was a charade. I pray and hope that the federal government will investigate this case.”

+ A new settlement between the state of New York and the New York Civil Liberties Union will result in 1100 inmates being moved out of solitary confinement, mostly “juveniles, people who have been there the longest, those with developmental disabilities, and those who need behavioral or drug therapy.” Going forward, the state has to narrow the list of things that can get an inmate placed in solitary and how long they can be kept there. The state will not be allowed to “withhold edible food as punishment,” and the Department of Corrections must undergo de-escalation training.