In my previous story on Michele Bachmann, one thing I neglected to mention is perhaps one of the weirdest bits about her: her connection to “heavy metal ministry” You Can Run But You Can’t Hide International, run by Bradlee Dean, who plays drums for a Christian metal band known as Junkyard Prophet and has a conservative political radio show in the Twin Cities called “Sons of Liberty.” Bachmann has helped out You Can Run But You Can’t Hide (YCRBYCH) as a keynote speaker at their 2009 fundraiser, and the group has also been supported by former Minnesota Republican gubernatorial candidate Tom Emmer (who is the reason why gays are boycotting Target and Best Buy). While it’s no surprise that Bachmann would throw money at conservative Christian ministries, she may want to sever her link with this one before the presidential race heats up. Because if you think Bachmann is crazy and full of hate, you should get to know Bradlee Dean.

Bradlee Dean is on record of saying that President Obama is no different from Osama bin Laden, and when asked to make an opening prayer for a session of the Minnesota Legislature, used it as a chance to insinuate that Obama is not a Christian: “I know this is a non-denominational prayer in this Chamber and it’s not about the Baptists and it’s not about the Catholics alone or the Lutherans or the Wesleyans. Or the Presbyterians, the evangelicals or any other denomination but rather the head of the denomination and his name is Jesus. As every president up until 2008 has acknowledged.” It was enough to cause the House to get their regular chaplain to offer a new prayer, and was condemned by both Democrats and Republicans. 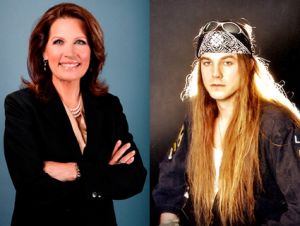 But of particular notice are Bradlee Dean’s remarks about gay people. He has claimed, among other things, that gays are responsible for the Holocaust or that gays “on average…molest 117 people before they’re found out.” He also seems to have a poor understanding of the legal status of homosexuality, believing that the 2010 nomination of Sharon Lubinski to U.S. Marshal for Minnesota was illegal because Lubinski is a lesbian. Even stranger, he believes that Rep. Keith Ellison (D-MN), the first Muslim in the U.S. Congress, is trying to “advance Sharia law” through his support for gay equality. Yet perhaps his most troubling comments are these he made in the same show where he accused gays of being molesters:

Muslims are calling for the executions of homosexuals in America. This just shows you they themselves are upholding the laws that are even in the Bible of the Judeo-Christian God, but they seem to be more moral than even the American Christians do, because these people are livid about enforcing their laws. They know homosexuality is an abomination…If America won’t enforce the laws, God will raise up a foreign enemy to do just that.

Does it seem like Bradlee Dean just might be saying he admires other countries for wanting gays dead? That is what many people took from it, including both the Minnesota Independent and Rachel Maddow, who covered Dean’s statement on her show last August:

(You can also read the transcript of the show at the MSNBC website.)

Nearly a year later, Dean is now suing Rachel Maddow and MSNBC for “defamation” because they made it seem like he was more anti-gay than he apparently believes himself to be. This is despite the fact that Maddow included the response Dean gave when the Minnesota Independent reported the story, this shallow clarification:

[W]e have specifically rejected, as all Christians do, the Islamic doctrine, and actual practice, of executing homosexuals. But some have claimed, in effect, that by merely mentioning the execution of homosexuals (as a criminal practice of Islam), on our radio broadcast, we have suggested it for consideration. Obviously this is absurd. The whole point was to contrast the Islamic position with the Christian position. This may not have been as clear as we would have otherwise planned it to be. Live radio is not scripted. But everyone who knows us knows that this is our position because we have stated it consistently for years – long before we ever discussed the topic on the radio. There are board members, and other supporters who can vouch for this. We have never and will never call for the execution of homosexuals. This is a complete misinterpretation by design.

Maddow clearly did her best give the whole story here, mostly letting Dean’s comments speak for themselves. But even if she hadn’t — sorry, Bradlee Dean, but when you’re saying that countries that kill gays are “more moral” than ones that don’t, it’s not “misinterpretation by design” to assume you might be advocating gay executions yourself. 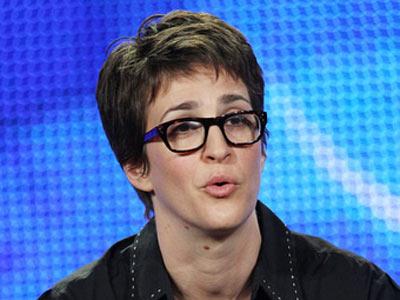 It is also worth noting that Dean’s lawyer bringing the lawsuit, Larry Klayman, has just as much of an agenda as Dean himself; he is the head of conservative groups Judicial Watch and Freedom Watch, and has claimed that we’re in an era of “political heterophobia.” In terms of this lawsuit, Klayman has said, “This case is filed as a matter of principle. We need more Bradlee Deans in the world and hateful left-wing television commentators must be made to respect not only his mission but the law.” Um, okay then? Dean has also “become increasingly defensive over the last few months as national organizations have taken note of his ties to Bachmann, and…strongly hinted that he would push back against the criticism in a big way.” So this should hardly come as unprecedented.

The scariest thing about Bradlee Dean is where his message is going: to your schools. You Can Run But You Can’t Hide has a history of lying their way into public schools and the taxpayers’ money, claiming they want to put on an anti-drug or pro-abstinence rally and then using the time for religious proselytizing and homophobic hatemongering. His appearances have inspired student walk-outs as well as embarrassment from principals who didn’t thoroughly vet him before letting him speak, with one Wisconsin principal even warning other schools about YCRBYCH. It’s not just in schools where Dean has engaged in this kind of deception; his organization also solicited outside of a Hutchinson, MN Wal-Mart under a false name, and has been banned from the premises as a result. Most despicably, Dean has asked for money under the claim that he’s using it for teen suicide prevention, despite the fact that Dean’s rhetoric is exactly the kind which is likely contributing to the gay suicide problem in Bachmann’s district. It’s clear that Dean is the last person who should be suing anyone else for lying, whether they did or not. And also, doesn’t the Bible have a pretty clear message about lying?

Before Bachmann’s entrance into the presidential race, Dean’s excesses were rarely reported outside of independent newspapers in the Twin Cities area. Maddow has always been an expert at reporting the stories that no one else was and bringing them to national prominence — and her catching this one a year ago has clearly had that effect, as more and more national news organizations have taken notice of Bradlee Dean and his frightening ministry. Dean is likely aware of this, and that is why he chose to go after Maddow. Luckily, he probably won’t succeed. MSNBC has responded saying, “This suit is baseless and we stand by our reporting.” If anything, Dean’s frivolous lawsuit will have the opposite effect he wants; so far, it has only brought him to the attention of more national news publications. One can only hope the trend continues.