In many ways, we have reached the home stretch of the gay equality movement. We have won the most crucial battle – hearts and minds. In the same way that police brutality toward 1960s civil rights protesters revealed the human cost of racism, last fall’s “epidemic” of gay teen suicides forced today’s public to realize that homophobia has similarly tragic consequences. (Epidemic in quotes because I’m still unconvinced that this was an uptick in bullying/suicides as opposed to an uptick of reporting on it, but that’s a story for another time.) As a result, explicit homophobia has become considerably less socially acceptable, with even those opposing equality stopping short of it, scrambling to explain their cause through other means. And yet, no one would know this by looking at the current roster of Republican candidates, the majority of whom not only oppose equal marriage, but disapprove of homosexuality altogether. And no one is fiercer about this than Michele Bachmann.

Unlike perhaps some of her opponents, Bachmann is not just anti-gay to win votes. Homophobia has always been her bread and butter, a key plank on her platform since day one. She not only believes homosexuality can be cured, but that it should, describing it as “a very sad life…[a] part of Satan.” It is part of why she is so wildly popular among the evangelical Christian and, yes, frequently homophobic conservative-Republican base, a group feeling increasingly shut-out by a world that is growing less and less tolerant of their intolerance. In her recent article on Bachmann for The Daily Beast , Michelle Goldberg interviews Frank Schaeffer, son of famous fundamentalist preacher Francis Schaeffer, who sums Bachmann’s appeal up perfectly: “[She] says certain things which sound crazy to the general public. But to anybody raised in the environment of the evangelical right wing, what she says makes perfect sense.” While under increasing pressure to moderate her anti-gay views for a national stage (hence her recent comments about marriage equality in New York), Bachmann still makes sure her supporters know where she really stands. Goldberg mentions one recent Bachmann “dog whistle” – “We are the head and not the tail” – a paraphrase of Deuteronomy 28:13 used by some fundamentalists to explain why Christians should control the government.

As to how Bachmann came to these beliefs, her story is like that of any other evangelical leader from her generation. Growing up in Iowa and Minnesota, she was born into a family of working-class, Democratic-voting Lutherans, the sort familiar to any of us who regularly listen to Prairie Home Companion. Bachmann, then Michele Amble, was a cheerleader and overachiever with divorced parents; in high school this caused her to turn to Jesus, being “born again” at age 16. This was the mid-70s, when the evangelical revival was just getting started, and not yet politicized. As a student at Winona State University, she met her husband, Marcus Bachmann (more on him in a moment), through the Intervarsity Christian Fellowship. They campaigned for Jimmy Carter in ’76 but, like the movement itself, took a sharp right turn before the end of the decade. Michele then attended law school at Oral Roberts University and later studied tax law at William and Mary, while her husband enrolled at Pat Robertson’s Regent University, where he studied “psychology and counseling.” 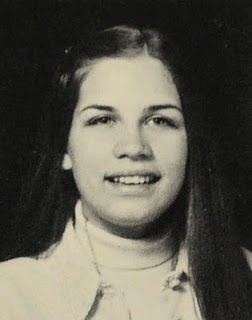 Marcus’s psychology and counseling background has recently garnered the Bachmanns considerable media attention. He runs a Christian mental health clinic which offers ex-gay therapy. He has given presentations with titles like “The Truth About the Homosexual Agenda” on the gay conversion therapies his clinic offers. While claiming in one such presentation that he doesn’t mind if his patients stay gay, this is seemingly contradicted by his comments that gay people are “barbarians” who “need to be educated, [t]hey need to be disciplined.” You can watch the whole video here at Queerty, but here are a few more choice quotes:

“Just because someone thinks or feels it doesn’t mean that we are supposed to go down that road. That’s what is called the sinful nature. We have a responsibility as parents not to encourage such thoughts and feelings from moving into the action steps…”

What’s particularly frightening about this is that, if you scratch the bit about “sinful nature,” it sounds like perfectly reasonable, commonplace advice for protecting kids from real dangers, like drugs or alcohol. And yet, he is applying this to people of the same sex falling in love and forming relationships. What does that tell us?

The unearthing of these facts about Marcus Bachmann led some LGBT bloggers to label Marcus as an “ex-gay” himself, though these claims lack any shred of evidence. Suffice it to say, the Bachmanns are perhaps one of the best examples out there that not all anti-gay bigots are closet cases. Some are just bigots. 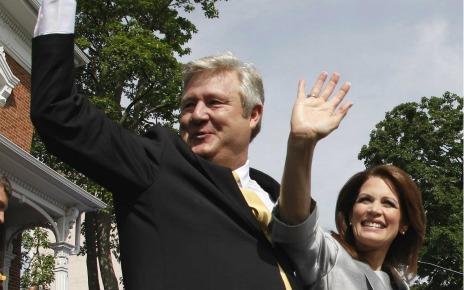 The fact that Michele and her husband are true believers to the core is exemplified by their other socially conservative positions. The Bachmanns were early members of the anti-abortion movement. Yesterday, Michele Bachmann was reported as the first 2012 presidential candidate to sign a pledge by conservative Iowa group FAMiLY Leader, which has received lots of press for seeming to suggest a ban on pornography, in addition to the usual anti-gay and anti-choice positions. And a choice quote: “Slavery had a disastrous impact on African-American families, yet sadly, a child born into slavery in 1860 was more likely to be raised by his mother and father in a two-parent household than an African-American baby born after the election of the USA’s first African-American President.” You can read the entire pledge here (amusingly titled “The Marriage Vow”) and judge for yourself.

Goldberg suggests that understanding “belief” is essential to understanding Bachmann, and therefore her specific religious beliefs are worth examining. Bachmann belongs to the Wisconsin Evangelical Lutheran Synod (WELS), one of the three major Lutheran denominations in the United States and by far the most conservative. It is explicitly anti-gay, anti-choice and creationist. What’s more, WELS does not ordain women – or allow them in any leadership positions in the church. Even the also-fairly-conservative Lutheran Church Missouri Synod (LCMS) allows women some smaller leadership roles, but the Biblical literalism of WELS prescribes that women should have no role where they have power over men. And though it seems it should be otherwise, Bachmann supports that position and considers herself perfectly aligned with it. The Washington Post reports Bachmann as admitting she studied tax law because of her husband’s instruction, and she advises, “Be submissive, wives. You are to be submissive to your husbands.”

Her beliefs are so strong that she is willing to put them ahead of the people in her life – including her own older stepsister, Helen LaFave, who is a lesbian. Another stepsister, Linda Cielinki, describes the betrayal Helen felt over Bachmann’s anti-gay stance in Goldberg’s article. “They lived together as teenage girls. They were very close at that time.” So for both LaFave and Cielinki, Bachmann’s staunch anti-gay stance was “a hit to the gut.” Bachmann has even specifically called out LaFave; in her earlier-quoted speech describing homosexuality as sad and Satanic, she said “Any of you have members of your family in the lifestyle, we have a member of our family that is.”

One important thing to remember with Bachmann, of course, is that she is not Sarah Palin; Bachmann is serious. She is the Bellatrix Lestrange of the Republican contenders; her beliefs are frightening, her devotion is fanatical, and as her treatment of her stepsister shows, Bachmann doesn’t care who she hurts on the road to her goals. But also, she knows perfectly well what she is doing. Bachmann will likely never be the subject of a hypocritical sex scandal; her blind faith in her ideals runs down to her core. This is why she is so popular with fundamentalist Christian Republicans — but also why she is so dangerous for everyone else. We underestimate Bachmann at our own peril.

UPDATE 7/9/11: Rick Santorum has joined Bachmann in signing the Iowa FAMiLY Leader’s pledge.  Also, more information is surfacing about the organization behind the pledge.

UPDATE 7/11/11: Some new information about Marcus Bachmann’s clinic and their ex-gay activities has surfaced thanks to an investigation by Truth Wins Out. You can read more about it here at The Advocate and also at The Nation.