We’re happy to announce that we’re throwing our Second Annual Rodeo Disco Pride Party in New York City! Did you come last year? We had one last year, DJ Lady Starlight (of Lady Gaga‘s Starlight Revue) DJ’ed along with DJ Carlytron and DJ Boom Boom and this year it’ll be same time, same place, but better! Like 50 times better.

Also, your ticket purchase benefits the likelihood of our future. Ikr? Who thought we’d still be saying this a year later. The economy has not been kind to start-up media companies my friends. DAMN THE MAN CLICK HERE TO BUY TICKETS.

Ok cool, got it? Let’s discuss:

+
Rachel Robinson first blew your little queer mind on Road Rules: Campus Crawl (which aired in the summer of 2002) and then continued to do so many subsequent Real World/Road Rules challenges thereafter, including “Battle of the Sexes,” “The Gauntlet,” “Battle of the Sexes 2,” “The Inferno II,” and “The Island”. Just talking about it makes us super nostalgic for the MTV reality challenges/shows of the early 00s. Rachel was among a batch of young, sexy, fierce, and out lesbians first brought to us by MTV’s original shows. These days Rachel has her own fitness company in Miami and is joining us as emcee for this years Rodeo Disco. We’re very excited to have her!

+
Saratonin is a resident DJ for “Club Skirts” Dinah Shore weekend and the very famous girl-party in West Hollywood “Truck Stop”. Her newest venture is a an all-female production company, PYT Productions, whose unique weekly theme parties in Hollywood are highly sought-after for LA’s A-list lesbians. We check out any and all Saratonin gigs when we make our one or two trips a year to Los Angeles and we’re happy to have her on the east coast to make you dance at the Rodeo Disco (and you will. Promise.) 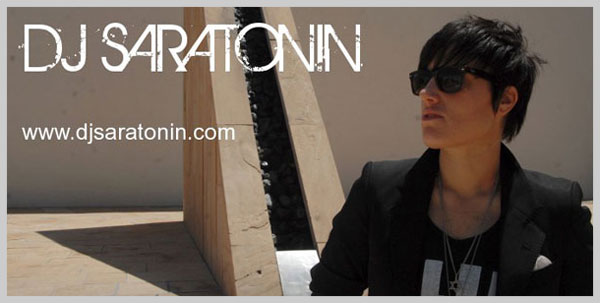 +
The Spangles is an 80s tribute dance company, we saw them at a Candy Slice Show and have been obsessed ever since. We love the 80s and we think you’ll love them too. Catch ’em on this season of America’s Got Talent and also at our Rodeo Disco.

+
Hey remember when we had a fun and awesome photoshoot/interview with the funny girls of CandySlice Comedy? And then they modeled for us and were in this video and had all these videos go viral and do shows every month and YEAH catch them at the Rodeo Disco! 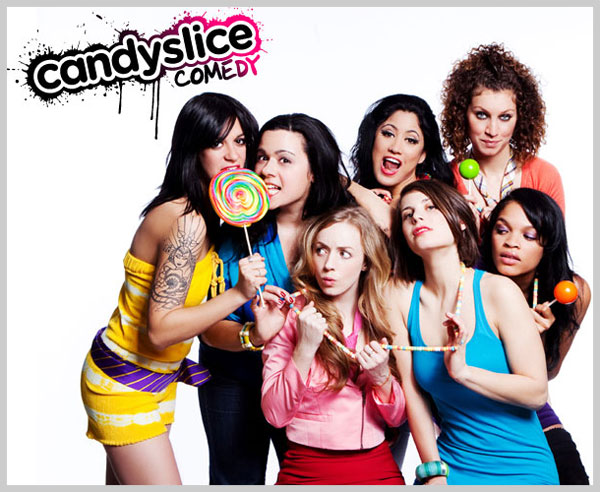 Autostraddle.com… have you heard of it?

+
So there’s this website. It’s called Autostraddle.com. I don’t know, people seem to like it and stuff. I hear it’s like a full-time job for approximately five different people, and a part-time job for about 30 more people, and we can hardly pay our bills and buy real food. This recession happened, bad timing, and bla bla bla, and yadda yadda anyhow listen, this isn’t an infomercial starring Sally Struthers or anything but seriously: if you come to this party, you are monetarily supporting us for this summer and we are forever grateful to you and will keep working diligently to keep bringing you executive lesbian realness.

+
Anyone But Me is the award-winning funny, edgy, smart, witty, webseries totally taking the internet and lesbian media by storm. Their second season takes it to a whole new level.

We love this show and it’s cast and creators so we invited them to come hang out at the Rodeo Disco (come say hi to the cast members!) and you can get your hands on ABM goods like the DVD from Season One and prepare to touch Rachael’s hair by watching the show online.

You can meet the two leading (and awesome) ladies Rachel and Nicole when we did a photoshoot and interview with them last August and check out Nicole Pacent, Autostraddle’s Miss June. 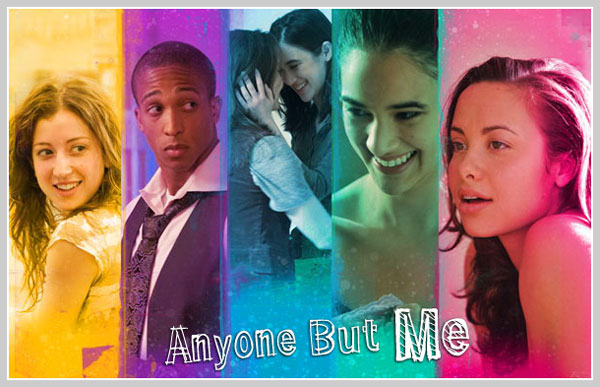 GO! Magazine is the first thing you read when you’re going gay in the city — they have the most reliable nightlife listings, and you can pick one up on the streetcorner without having to interact with a bookstore clerk who’s gonna tell your Mom that you’re gay. It rewards, enhances and enables NYC lesbian nightlife and so we are kinda thrilled that they’re working with us. And you should too.

Oh also, GO! is redesigning their website and it’s going to be amazing so keep your eyeballs peeled! (Whatever that actually means.)

+
Hey remember when Alex hand-made these “AUTO / STRADDLE THIS” t-shirts for the team to wear when we went to Dinah Shore and everyone loved them so much that Taylor had two stolen right off her back? Well we decided to produce them FOR REALS to sell here on Autostraddle.

UPDATE: Emphasize-ation on “selling here on Autostraddle” — we made these shirts to sell via the internet to our readers around the world. It just happens that the first day they will actually be available for purchase will be at the party on the 27th. After that (if we don’t sell out!) you will be able to get them here. We would never deny you the opportunity to spend your money on us!

If you’re going to the party, you’ll be able to get them right then and there cause that’s when these babies are making their debut! We’re very excited about that and just thought we should let you know. 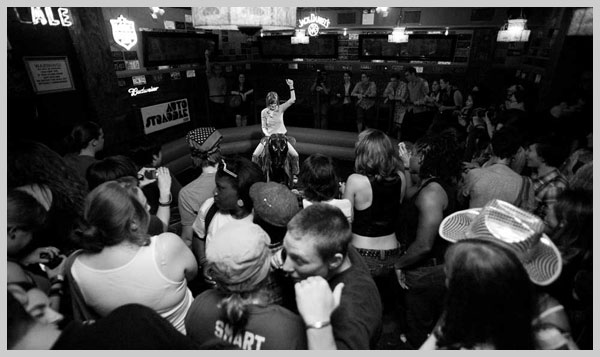 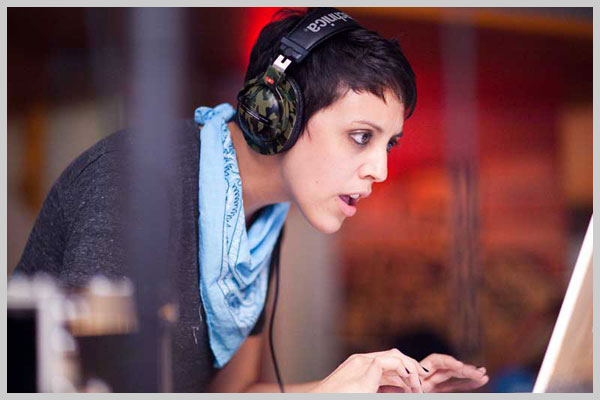 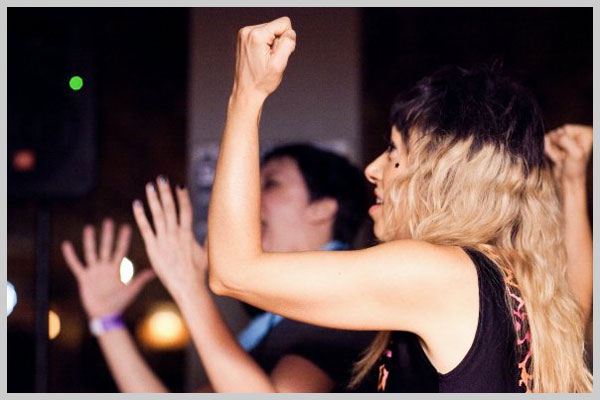 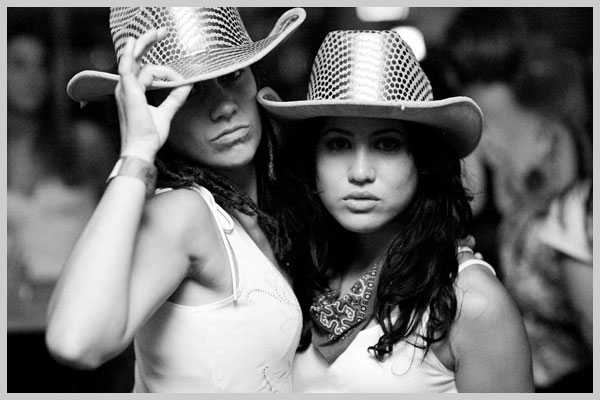 Wanna promote the Rodeo Disco or just wanna put this on your page/blog/tumblr cause it’s pretty?
Here’s the official flier with all the info:
Feel free to use this wherever and however you want. And thank you!