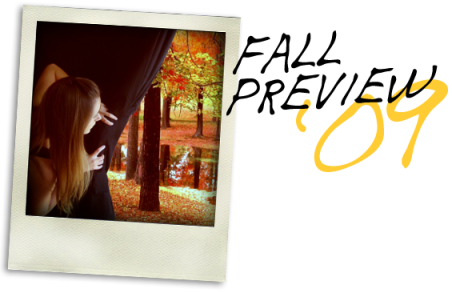 We’re celebrating the local changing of the seasons at Autostraddle HQ this year with a giant Fall Preview Issue … our first special issue of hopefully many more! Even if it’s not fall where you live, you can get in the spirit of change and renewal, with new columns, a look at entertainment & culture in the months ahead, upcoming events and … yes! A redesign!

Glee Drinking Game & Live-Blog
by Riese, Carlytron, Alex & Intern Lily
Will the season’s MOST HYPED SHOW OF ALL TIME live up to the hype? Regardless, we’ll be drunk.

Fall Fundraising!
by The Team
This shit don’t write itself! Support independent media through every season!

The National Equality March: Washington D.C.
by Katrina Casino
On October 11th we make our big gay point about our rights under the 14th amendment? Or just make a lot of noise? Regardless, Autostraddle will be wasted there.

Fall Music Preview
by Crystal with Intern Emily
Earphones aren’t any good unless you have something to listen to.

Now What? YourSpace!
by Laniea
Forget OurChart. Forget MySpace. You want to DIY the hell out of your unit/apartment/house/dorm, yeah? Welcome to your saving grace, from now ’til forevs.

Lily’s College Lesbianage
by Intern Lily
Introducing a new column reporting right from the epicenter of college life, reported by a Lesbian Before, During, and After Graduation.

WHO KNOWS WE COULD DO JUST ABOUT ANYTHING AT THIS POINT, IT’S ANARCHY!

THE REDESIGN OF THE CENTURY 9/20