Hey straddlers! It’s Alex, your resident designer here at Autostraddle. With all the festivities going on surrounding our Fall Preview “Issue”, we thought we’d kick off what will be a recurring graphic visualizing all the happenings under our radar of the future. How do you measure a year? Or the next 2-3 months? Well, we measure it in terrible/awesome potential. Did you know that’s where Autostraddling came from? Straddling the line between terrible and AWESOME? True story. (Or is it?)

And so I present to you: Autostraddle’s Terrible/Awesome Forecast Grid: the Fall Preview Edition. How does your forecast/feelings compare? Are you secretly looking forward to ‘Three Rivers‘ and think it will be more terrible/awesome than just purely terrible? Do you know the dates for the damn Kanye/Gaga Tour so we can place it properly on the timeline/horizontal axis? Cause I would like those asap. Thank you! 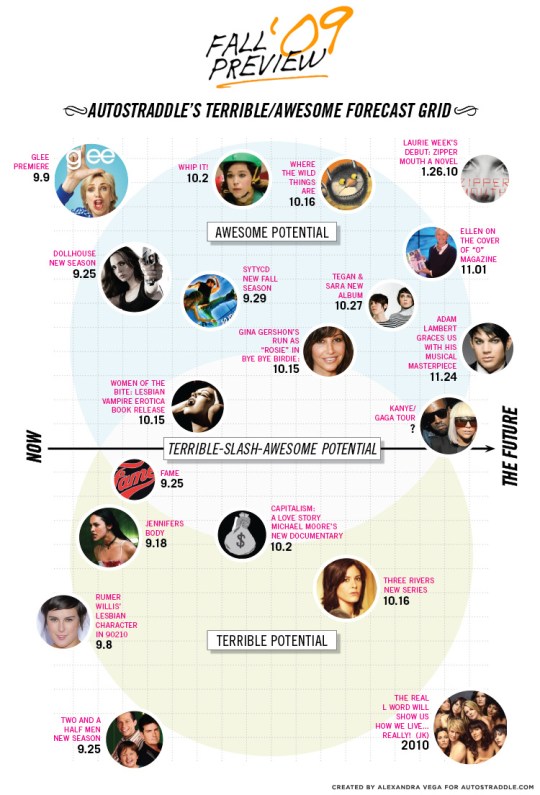