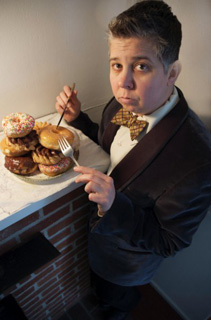 So! The first Autostraddle Book Club has been a resounding success, in that we managed to get the post up within a three-day margin of when we said we would and it appears that several people actually read the book, so onward and upward, right? Right.

After we finished basking in the communal literary accomplishment that was Talking About Inferno, we realized that we had no real metric or plan for how to choose the next book. Our first thought was “we should look at upcoming novel/memoir releases from prominent gay or female authors!” Obviously we had temporarily forgotten about the patriarchy and how despite the fact that women read more than men; men won’t read books written by women and male authors outnumber female authors at something like a 66 to 27 ratio (yes, it’s a weird statistic, follow the link and draw your own conclusion). Those things are all reasons why we insist on only reading books written by women or transpeople and perhaps excuses for why the “upcoming novel/memoir releases from prominent gay or female authors that are not primarily about heterosexual romance/relationships” category was so challenging. I mean is it just us or does every female-penned literary masterwork that came out this year look like a Jodi Picoult novel? I guess that’s judging a book by its cover.

Anyhow, the only two books we could think of in that category were Portia’s Unbearable Lightness and Lorrie Moore’s A Gate At The Stairs, which we all have read/are reading but the former we decided was too triggering and the second is, sadly, completely un-gay. Also they are both really sad, which I feel like none of us needs right now.

Rachel: So [Gate At The Stairs] is just totally heterosexual?

Rachel: That’s how you can tell it’s, like, important, right?

Laneia: Yeah, well let me just say that that book gets real important at the end.

Having taken all these factors into careful consideration, we’ve decided that our standard for new book club selections will be Books Rachel Feels Like Reading until someone has a better suggestion. So! Who wants to read Ali Liebegott’s The IHOP Papers? 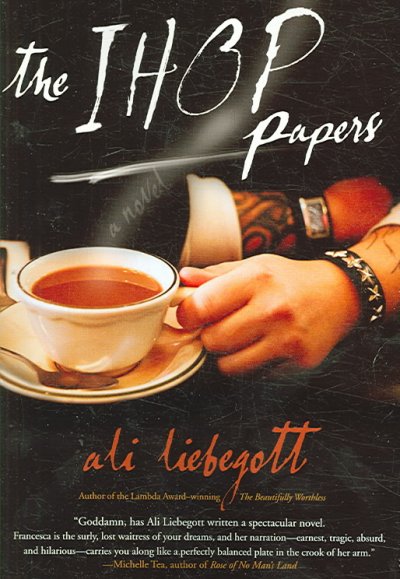 I first became aware of Ali Liebegott when I saw her read with Sister Spit. She told a story about calling into Dr. Laura’s show to ask advice about her gambling addiction, and then read the part of her book where the protagonist talks about being in love with a soap opera character and then fucks herself with a highlighter. So, I mean, yeah, I was on board after that. Liebegott has actually published about a million really wonderful things through small presses, like her first book (a book-length poem, I feel like we possibly need to diversify our genre choices in the future) The Beautifully Worthless, which won a Lambda Literary Award. The IHOP Papers, in turn, won the Lambda for Best Lesbian Debut Novel the year it was written. I think this is appropriate for Autostraddle readers because it features a dysfunctional but highly relatable young lesbian protagonist, not unlike Inferno, but includes more substance abuse and relationship drama and rats, so I think it’s a good next step.

Ok? Ok. READY SET GO. Buy the book on Amazon and we’ll get a small percentage of your purchase in our bank accounts.

We will reconvene at this space on January 12th. Can we do that? Does that sound good? Talk to me. I love you.